Most Tourists Will Never Dare Try These Bizarre Kazakh Dishes 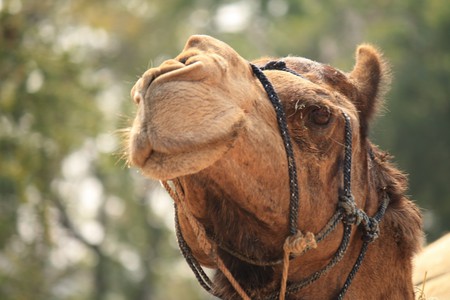 Kazakh food is based on the nomad traditions of its roaming ancestors, favouring high-fat meat dishes that are easy to prepare on the move. While a sheep’s head poking up from your plate might be a strange surprise, the food is always nutritious and provides enough energy to see you through the freezing Kazakh winter.

Beshbarmak is the national dish of Kazakhstan and means ‘five fingers’, referring to the tradition of eating it by hand. The dish consists of boiled horse or lamb meat with large noodles that resemble sheets of lasagne, then it’s drizzled in an onion gravy broth. 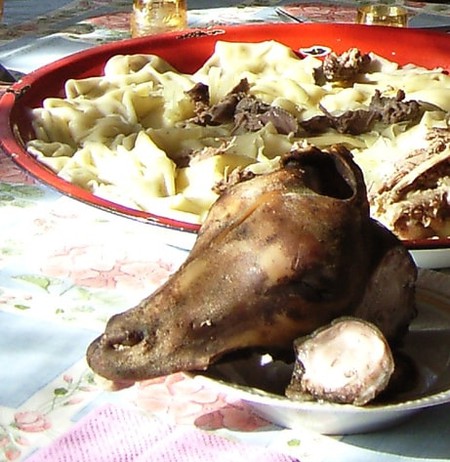 Sometimes a sheep’s head is served with the meal and offered to the most honoured guest. This is often the eldest male having outlived his father, who then cuts and serves the meat for everyone else at the table.

No Kazakh meal is complete without a feisty beverage to wash it all down and kumis (Kazakh mare’s milk) is the default choice. The rigorous fermentation process removes the lactose from the milk (making it a great alternative to cow milk for people who are lactose-intolerant) and results in a signature fizzy and sour taste. 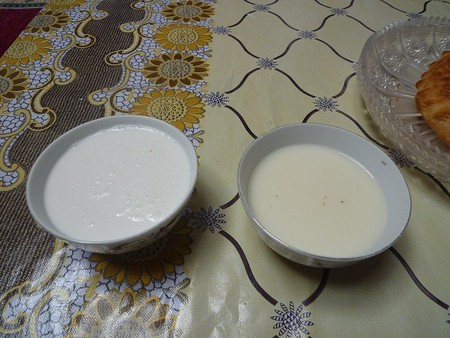 Kumis is similar to kefir but, when fermented and given that mare’s milk contains more sugar than cow’s or goat’s milk, it has a higher alcohol content than kefir, making it a drink for the strong-stomached only.

There are camels galore in Kazakhstan roaming the endless steppes, and so shubat is the camel’s milk equivalent to kumis. It is made in the same way as kumis and boasts similar health properties – and the same sickly, sour taste. These milky drinks are almost always served in bowls rather than in glasses. 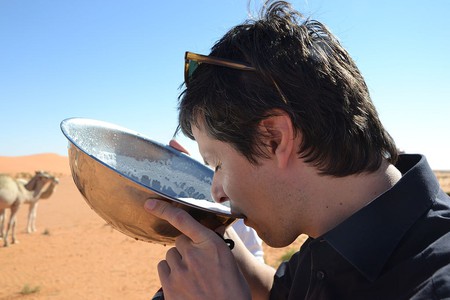 At first glance, kazy is a meat dish that simply resembles a sausage. However, the food is made from the rib meat of Kazakh horses that have been bred and raised specifically to be eaten. 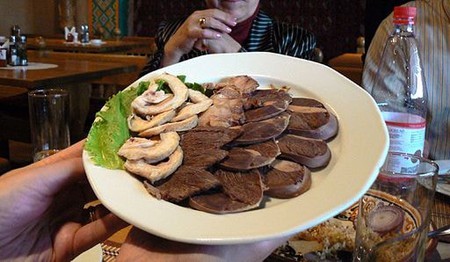 Once slaughtered, the meat is stuffed inside the animal’s intestines before being dried or smoked, then boiled ready for consumption. In a traditional banquet, known as a dastarkhan, kazy features as an appetizer and often served on a plate with onions and ground pepper.

In Kazakh tradition, young men are supposed to eat the ears of animals, like sheep, in order to become ‘more careful’. Young girls eat the palate to encourage ‘more diligence’, a bride gets the brisket, and married women eat the neck bones.

Children are allowed the kidneys and the heart but not the brain, as legend has it this will make them weak-minded, and any young girl eating knuckle forebodes the misfortune of becoming ‘an old maid’.