The 10 Best Restaurants In Almaty, Kazakhstan

A cultural hub in Central Asia, Almaty is filled with green alleyways, lush parks, and a mix of Tsarist buildings and Soviet architecture. Its dining scene is as varied as the city itself, offering anything from traditional cafés to new, imposing, luxurious dining establishments. These are 10 of the unmissable restaurants in Almaty, an update of our previous list. 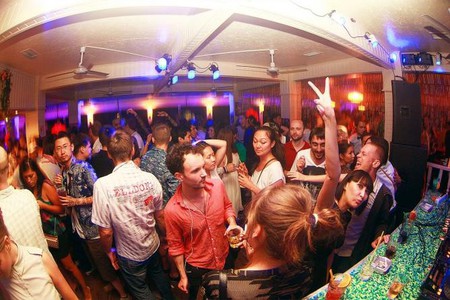 Restaurant, Turkish, Asian, European, Vegetarian, $$$
Facebook
Email
Twitter
Pinterest
Copy link
Share
Map View
The bright blue domes of the popular Uzbek restaurant Alasha can be spotted from a distance. Tucked away from the city centre, the restaurant, built according to Timurid architectural traditions and style, has rapidly become one of the best-loved dining spots in Almaty. The menu offers traditional Uzbek cuisine, including the signature dish of wedding plov, a delicious main course consisting of lamb, rice, chickpeas, raisins, carrots, and garlic. The plov is cooked on an open fire in gigantic iron cauldrons, and accompanied by achik-chuchuk, a salad made of fresh tomato, herbs, and pickled onions. Beginning at 9 p.m. every evening, meals are accompanied by live Uzbek music and traditional dance.
Open In Google Maps
20 Ospanov Street, Medeu District Almaty, Kazakhstan
+77077463489
Visit Website
Give us feedback

No list of Almaty’s best eateries would be complete without Chukotka, a laid-back restaurant and bar, a favourite of the city’s trendy crowd. Providing a busy schedule of music shows on the weekends, this is the place where Almaty’s new bands perform live. On the first floor of Chukotka is a modern dining area, which serves a variety of Central Asian, Russian and European dishes, and a bar with a dance floor. On the second level is a dacha (summer house), which acts as a coffeehouse on weekdays and a bar on weekends. Situated inside the stunning Panfilovtsev Park, Chukotka has become an essential part of Almaty’s social life.

A proud winner of TripAdvisor’s Certificate of Excellence in 2014, the trendy and hip Coffeedelia is the perfect choice for a lazy afternoon outing with friends – to engage in the latest gossip and people-watch. This upscale yet laid-back coffeehouse offers not only a perfectly roasted coffee, freshly squeezed juice or refreshing cup of tea, but also several tasty breakfast and light lunch options, as well as quick nibbles in between. Coffeedelia’s menu ranges from a hearty dish of fried eggs with bacon, to classic thin-crust pizza and fresh Caesar salad, to classic New York cheese cake, delicious brownies and light French pastries.

Restaurant, Asian, $$$
Facebook
Email
Twitter
Pinterest
Copy link
Share
Map View
Although Gakku is not easy to find, as one of the few authentic Kazakh restaurants in the city, it is an unmissable dining experience. Spread over two dining areas, one of which is dressed as a Kazakh yurt (a traditional nomadic tent), the restaurant is famous for its large selection of top-quality traditional Kazakh dishes, including horse-meat steak (kuyrdak), an ancient Kazakh main course consisting of mutton and potatoes. However, the absolute must-try for those taking on Kazakh cuisine is the beshbarmak – a local highlight made of boiled horse-meat, served with boiled sheets of pasta and a meaty broth, thickened with kumiss(fermented horse’s milk).
Open In Google Maps
Bostandyk District Almaty, 50000, Kazakhstan
+77273150967
Give us feedback

Literally meaning a ‘wintering palace’ in Turkic languages, the cosy and laid-back Kishlak restaurant specialises in traditional Central Asian cuisine. The interiors of the three dining rooms are stunningly decorated with distinctive Central Asian motifs, and each room represents an ancient household setting: the house of a farmer, the home of a merchant, and the living room of a wealthy bai (the traditional title of a feudal master and landlord in Kazakhstan). Whilst seated at tables of low teahouse-style, diners can discover the rich, multilayered flavours of Central Asian food and select from a broad range of traditional Uzbek, Uygur and Kazakh specialties.

The charming and cosy Traktir Medved restaurant, which translates to ‘Bear Tavern’, is beautifully decorated in the style of a rustic Russian farmhouse, with traditional curios and colourful wooden panels on the ceilings and walls. A staple of Kazakhstan’s restaurant scene, with branches in Almaty, Astana, and Karaganda, the restaurant offers high-quality classical Russian and Ukrainian food, beginning with a substantial main course of dressed herring (made of layers of salted herring, boiled beetroot, eggs and mayonnaise), progressing to the sweet dessert of bliny, a thin pancake commonly filled with jam, honey, or cottage cheese. Other menu highlights include borshch (a traditional Ukrainian beetroot soup), and pelmeni (Russian dumplings filled with minced meat, fish or mushrooms).

Considered to be one of the most unique restaurants in Almaty, Wagon is stylised like a wooden train carriage, with a model of an old steam engine locomotive, a train carriage at the entry, and the sound of wheels turning played between songs. The enchanting interior is matched by the restaurant’s modern fusion of Central Asian, European and Russian cuisines. The genial chef, known as Uncle Zhena, is highly praised for his creative and genuine menu, featuring equally delicious Italian desserts and traditional Russian main courses. Located in the Almaty suburbs, the restaurant is well-loved among locals for its flawless service, delicious food and comfortable interior.