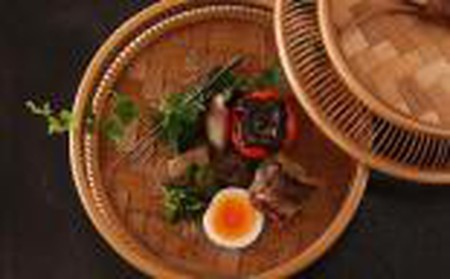 As one of the first Japanese ports to open for international trade in the late 19th century, Yokohama has long been a center of east-meets-west culinary innovation. It’s no wonder Tokyoites often make the trip to Yokohama just to eat. This is our second look at Yokohama’s 10 best restaurants, from the tried-and-true restaurants of Chinatown to the sophisticated dining experiences offered by the city’s luxury hotels. 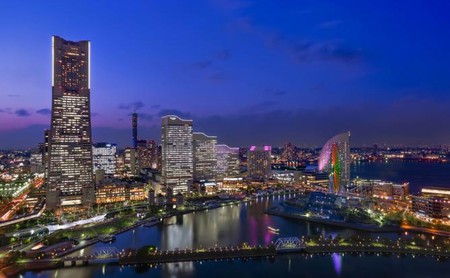 Bashamichi Taproom offers authentic American-style BBQ and an excellent selection of craft beers. The restaurant’s meats are slow-cooked for several hours at a low temperature in order to bring out their natural flavors. The fire pit is fueled with local Japanese cherry tree wood rather than traditional oak, adding a unique Japanese twist to the resulting dishes. Aside from beef brisket, chicken and other BBQ meats, the menu features pizzas, salads, as well as classic sides like baked mac and cheese; and coleslaw. Managed by the Baird Brewery, there are more than 25 beers on tap including the brewery’s own brands, along with a selection of American micro-brews. 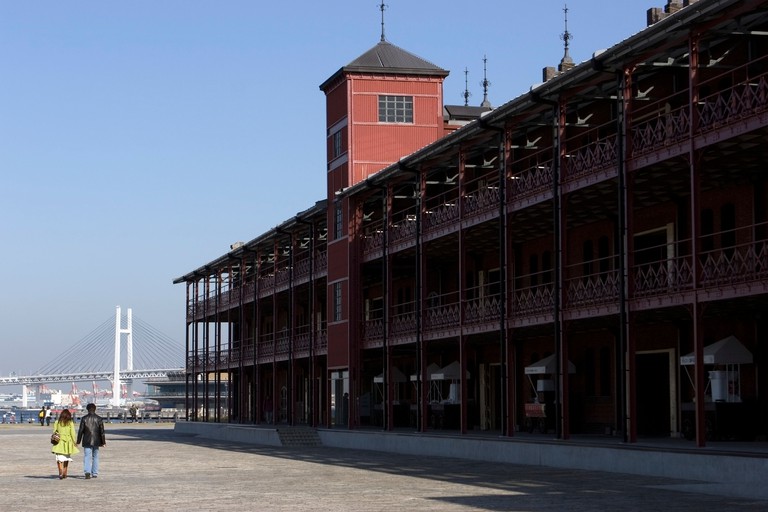 © Asia File / Alamy Stock Photo
Bills is a highly-praised restaurant chain owned by Australian chef Bill Granger. Following the success of the first Bills located in Sydney, the chain opened several more restaurants across Australia and Japan. Set in Yokohama’s famous Red Brick Warehouse district, the restaurant overlooks the ocean with seating available on a pleasant terrace. Although the restaurant is open all day, it’s most famous for its breakfast. Favorites include the ‘Full Aussie Breakfast’ of scrambled eggs, bacon, pork and fennel sausage, roast tomato, mushrooms and toast; and the sweetcorn fritters with spinach, bacon and avocado salsa. The Yokohama branch of the restaurant offers a unique dish: the ‘very berry pancake’, which consists of three golden pancakes topped with powdered sugar and seasonal berries.
Open In Google Maps
2 1, 1-chōme, Shinkō, Naka Ward Yokohama, Kanagawa, 231-0001, Japan
+81456501266
Visit Website
Give us feedback

Cafe, Restaurant, Japanese
Facebook
Email
Twitter
Pinterest
Copy link
Share
Map View
Hello Kitty Café Restaurant is based around the iconic Japanese character that has gained worldwide fame over the last 40 years. The restaurant is an interesting spot for fans of this cute cat, as well as connoisseurs of food art, with most of the dishes plated in designs that pay homage to Hello Kitty. The menu offers a variety of salads, pastas, desserts and signature lattes decorated with Hello Kitty’s face. The restaurant’s décor is an interpretation of Hello Kitty’s home. Rather than appearing pink and girly as you might initially expect, the interior is actually quite sophisticated, including a study, living room and garden terrace.
Open In Google Maps
Yokohama, Japan
Give us feedback

Located on the 8th floor of the Bay Sheraton Hotel, Konohana offers a refined menu of traditional Japanese cuisine. Overlooking a lovely Japanese garden, the restaurant’s polished décor lives up to its elegant name which means ‘flowering trees’. The restaurant features a selection of set menus for lunch and dinner, composed of well-prepared dishes that vary by season. Expect meals like squid served with plum sauce and vegetables; beautifully-presented octopus tempura; and plenty of buttery sushi with fresh wasabi. The restaurant also boasts an outstanding selection of sake to pair with the meal. There are more than 22 different brands available, and a sommelier on staff is available to make recommendations. 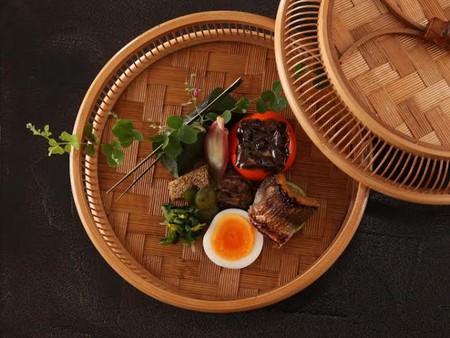 Japan, and Yokohama in particular, has an affinity for Hawaiian culture. Yokohama hosts a Hawaiian festival every July, and there are numerous Hawaiian shops and restaurants found around the city. Kua `Aina originated in Hawaii, but it now has over a dozen franchises across Japan, including several branches in Yokohama. The restaurant is known for its large, perfectly-grilled hamburgers. The menu features burgers with basic toppings like cheese and bacon, as well as a few more interesting variations such as the pineapple burger. The restaurant’s signature burger comes with lettuce, tomato, grilled onion, mayonnaise, and avocado. There are also lighter options, including deli-style sandwiches and salads, in addition to a standard selection of French fries, onion rings, and other sides.

Restaurant, Chinese, Asian, Fusion, $$$
Facebook
Email
Twitter
Pinterest
Copy link
Share
Map View
Manchinro Honten is a firmly-established presence on Yokohama’s restaurant scene, serving an extensive menu of Cantonese cuisine for more than a century. In addition to being one of Chinatown’s most popular restaurants, Manchinro Honten is also one of the most lavish. After the original 19th century restaurant burned down in 2002, the restaurant was rebuilt to resemble an ‘imperial palace’ furnished with elegant traditional Chinese décor. The restaurant offers a variety of set menus and à la carte options, including a special chef’s recommendation menu of seasonal dishes. The more budget-friendly lunch menu is known for its excellent selection of dim sum.
Open In Google Maps
153 Yamashitachō, Naka Ward Yokohama, Kanagawa, 231-0023, Japan
+81456814004
Visit Website
Give us feedback

Restaurant, French, $$$
Facebook
Email
Twitter
Pinterest
Copy link
Share
Map View
Located in the Yokohama Bay Hotel, the Queen Alice Yokohama is a branch of the successful chain of French restaurants created by Chef Yutaka Ishinabe. Famous in Japan for his appearances on the ‘Iron Chef’ TV show, Ishinabe studied at some of the top French restaurants around the world in order to master the art of Gallic cuisine. The restaurant’s name comes from the chef’s goal of creating a surprising menu that leaves diners feeling like Alice discovering the magic of Wonderland. The restaurant offers prix-fixe lunch and dinner menus that focus on seasonal ingredients. Be sure to try the signature lobster dish, which is widely agreed to be the best in the city.
Open In Google Maps
3, 2-chōme, Minatomirai, Nishi Ward 横浜市西区, Kanagawa, 220-8543, Japan
+815054882028
Visit Website
Give us feedback

It comes as a surprise to many visitors that curry is one of Japan’s most popular dishes. Traditional Japanese curry is typically sweeter than other variations cooked across Asia, but SaliSali Curry is one restaurant where spice-lovers can go to enjoy a more fully-flavored version of the dish. This restaurant specializes in Pakistani curry, a combination of chicken, onion, tomatoes and spices faithfully cooked for 12 hours to enhance its richness. The restaurant’s interior is homey and welcoming, furnished with photographs and eclectic decorations. The simple menu features a plate of the delicious curry served alongside a generous helping of rice and a salad. 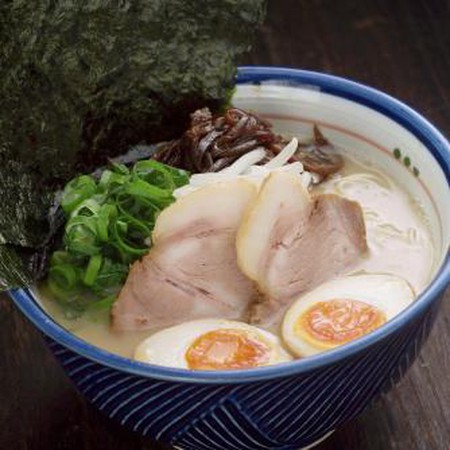 While the Shin Yokohama Ramen Museum isn’t exactly a restaurant, it’s a must-do for foodies visiting the city. The first floor is a relatively standard museum devoted to the history of ramen noodles. If you arrive hungry, head straight to the second floor which is home to nine different ramen restaurants. This theme park is designed replicate the streets of Shitamachi, the old town of Tokyo, as it appeared during the 1950s when ramen’s popularity was first taking off. The nine ramen shops featured here were carefully select among thousands of restaurants as the best representatives of Japan’s top ramen regions, from Sapporo to Kumamoto. Each store offers ‘mini ramen’ portions in addition to their regular menus, so customers can sample more than one ramen if they wish.

Although the focus at Yokohama Brewery is, of course, the freshly brewed beer, the on-site restaurant offers some tasty dishes to accompany your beverage. Located just above the brewery, Umaya offers an excellent selection of Asian and Italian-inspired dishes. In addition to the staple pizzas and pastas, the menu includes a number of dishes that incorporate local vegetables and fresh fish. The affordable lunch menu changes from week to week, drawing inspiration from the cuisines of various countries around the world to create dishes like taco rice. The beer selection includes the popular weizen, along with an ever-changing choice of seasonal beers. They also offer a nomihoudai (all-you-can-drink), a popular special featured at many Japanese bars that every visitor should try at least once.

Unusual, Traditional
Give us feedback