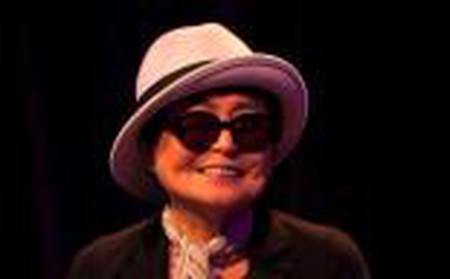 Yoko Ono has been defined by her relationship with The Beatles’ John Lennon. Yet this iconic woman resolutely perseveres in her creation of avant-garde art, becoming a defining figure in the contemporary art world. Here, Culture Trip looks at her life before and after Lennon’s death in 1980, exploring how she continues to strive for a peaceful world with her creative and inspiring voice.

Yoko Ono is amongst the most iconic Japanese women in the world. Despite her international work as an avant-garde artist, peace activist, musician, and filmmaker since the 1960s, she is somehow best known for her marriage to one of the members of The Beatles, John Lennon, which casts a shadow on what Yoko Ono is really about. She is now almost 80 years old; reflecting her endless passion for love and peace, however, and her enthusiastic embracing of artistic expression, she continues to develop her work. 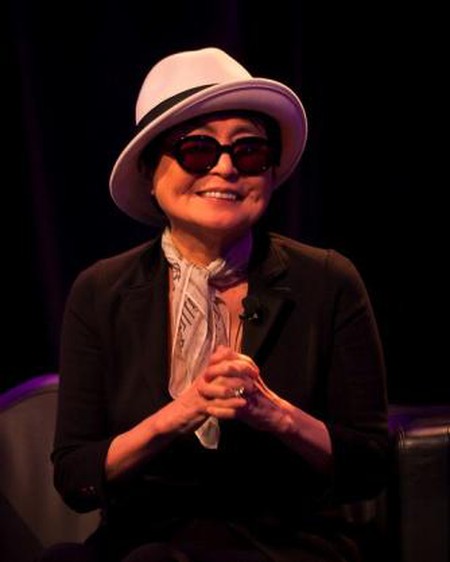 Ono was born in Tokyo in 1933 to a rich, noble family. Until the start of the Second World War, the family traveled back and forth between Japan, San Francisco and New York City due to her father’s job as a banker. Thanks to this experience, she was exposed to not only different cultures and religions, but also to a more liberal Western lifestyle. At the same time, she had to face the issue of being treated as an outsider, especially as her family’s fortunes declined during the war. 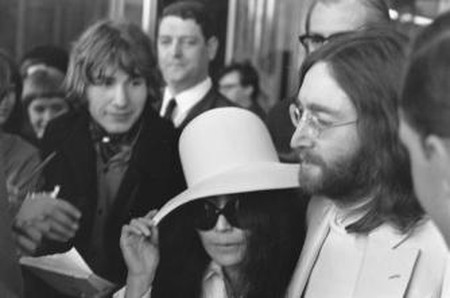 In 1953, following the war, the family moved to Scarsdale, New York and Ono enrolled in Sarah Lawrence College to study music and poetry. It was around this time that the estrangement between she and her parents began, caused by their disapproval of her newfound ‘bohemian’ lifestyle. In 1955, she dropped out of university and moved to New York City in search of her own artistic style and the freedom to work with diverse artists.

In the 1960s, Ono became increasingly involved in conceptual art, especially in performance, as an occasional member of Fluxus, an art group inspired by Neo-Dadaism and the avant-garde. One of the artists who influenced her at that time was John Cage, an experimental music composer. Cut Piece (1964) and Grapefruit (1964) are amongst her most famous works from that period. In Cut Piece, the audience was asked to cut Ono’s clothes with scissors until she was left naked; the intention was to express the internal suffering of human beings whilst also questioning issues of gender and identity. Grapefruit was a conceptual artist’s book based on lyrical and poetic verses written in the imperative. This instructional art piece contained short, simple instructions that could be carried out; conceptually, this work blurred the lines separating textual and musical forms. ‘Tunafish Sandwich Piece’, a poem in Ono’s Grapefruit, reveals the mix of simplicity and whimsy, the banal and the ideal, captured by these works. 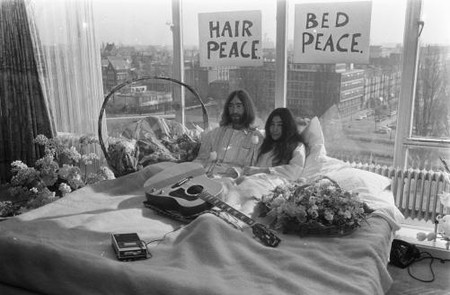 Imagine one thousand suns in the sky at the same time.
Let them shine for one hour.
Then, let them gradually melt
into the sky.
Make one tunafish sandwich and eat.

In 1966 Ono moved to London where she met John Lennon at one of her exhibitions. Drawn by similar interests in pushing the bounds of their art, as well as by their radical political views, they started working together on musical projects such as the ‘Unfinished Music No.1: Two Virgins’ (1968), and activist works such as Bed-In (1969). In spite of increasing governmental and societal pressures, they continued to jointly create new pieces until 1980 when Lennon was murdered.

Lennon once described Ono as the ‘world’s most famous unknown artist. Everybody knows her name but no one knows what she actually does’. Unfortunately, this perception of her still seems prevalent; however, to the avant-garde art world, Yoko Ono’s works are considered groundbreaking. In 1992, she resumed work on her alternative musical compositions, and in 2001 she released the feminist concept album, Blueprint for a Sunrise. In 2009, she received a Golden Lion Award for lifetime achievement from the Venice Biennale, which recognised her lifelong goal of pursuing the freedom to act, create and love.

Watch Yoko Ono at the Serpentine in London: