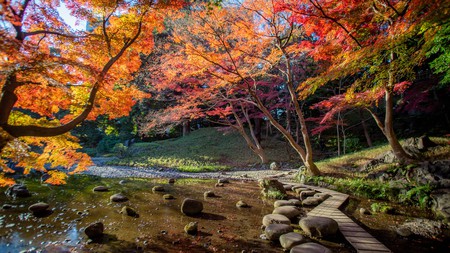 Japan isn’t just about skyscrapers, neon lights and robots. It’s also nirvana for nature lovers. The nation’s near-spiritual reverence for all things nature is reflected in its legendary appreciation of the cherryblossoms (even in cities), a passion for shinrin-yoku, or forest bathing, and the seasonal cuisine served up across the country. With forested mountains, waterfalls, hot springs, or onsen, and tiny fishing islands, there are countless spots to explore, all easily accessible by the Golden Route via train with the help of a Hokuriku Arch Pass, which gives you unlimited travel on JR trains for seven consecutive days. 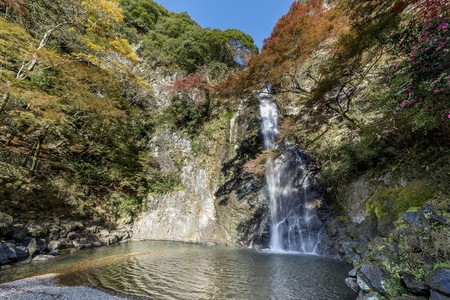 An hour from Osaka by train, Minoh Park is a welcome breath of fresh air away from the urban buzz | | Courtesy of the client

A reflective pond, a half-moon bridge, abstract stones and lots of seasonal foliage: step inside Koishikawa Korakuen, one of Tokyo’s oldest gardens, and a classic landscape hoves into view with every step. The serenity of the gardens – initially dreamt up by a 17th-century feudal lord – defy its central Tokyo location. The focal point is a pond, fringed with strolling pathways to enjoy the year-round tableau – from haiku-perfect weeping cherry trees in spring to blazing maples in autumn. 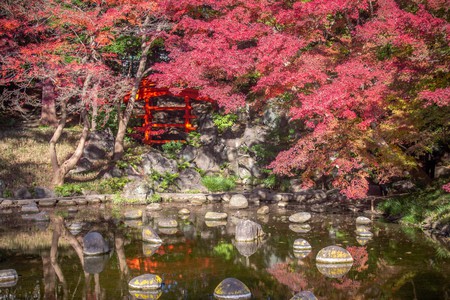 Koishikawa Korakuen, built in 1629, is one of the oldest gardens in Japan | © Lucia Tsujiguchi

Nature and temples go hand in hand with Japan – as reflected in the Chichibu 34 Kannon Temple Circuit, an ancient pilgrim route that cuts through the mountains of Saitama prefecture, less than two hours by train from Tokyo. Forests envelop many of the 34 temples scattered along the 100km (62mi) route, which dates back to the beginning of the 13th century and is as enjoyable to walk during cherryblossom season as it is when carpeted by a russet patchwork of autumn leaves. 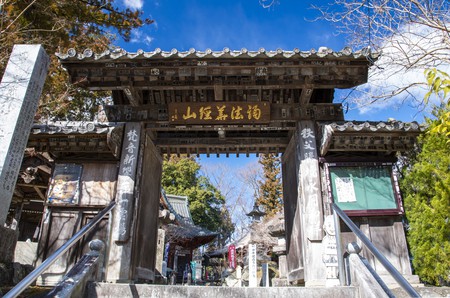 There aren’t many more immersive ways to experience nature than by jumping off a waterfall in Minakami. The small, mountainous hot spring town in northern Gunma Prefecture – 70 minutes by Joetsu Shinkansen from Tokyo – is renowned as the birthplace of canyoning in Japan. Here, thrill-seeking visitors are as spoilt for choice with canyoning options as they are for dramatic scenery, from deep emerald ravines and far stretching woodland to the omnipresent majesty of the surrounding mountains keeping a watchful eye on would-be adventurers. There are introductory tours for beginners, an exhilarating 20m (65ft) waterfall slide for intermediate canyoners and plenty of ropework options for the more advanced. While staying in Gunma, choose your accommodation from the list of inns that have been awarded Gunma Excellence – such as Takaragawa Onsen Osenkaku, Minakami Hotel Juraku, and Nakaya Ryokan in Minakami. 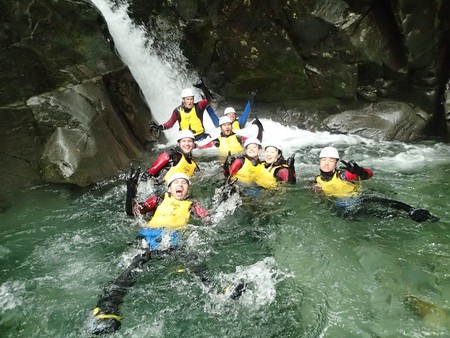 Flanked by mountains and meandering rivers, Minakami is the perfect spot for a canyoning experience | | Courtesy of the client

Most people hear it before they see it – the thunderous sound of water crashing down a 55m (180ft) high basalt cliff – echoing around the surrounding forests. Welcome to Naena Falls – also dubbed Earthquake Waterfall due to its deafening soundtrack – a visual and audible feat of nature in the mountains of Myoko, southern Niigata prefecture. The waterfall is reached by an easy 400m (1,312ft) trail through the forest and across a bridge. 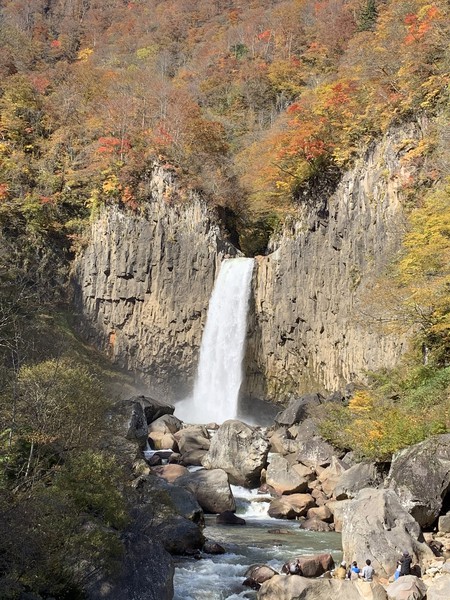 At 55m high, Naena Falls is one of the tallest waterfalls in Japan | | Courtesy of the client

It’s all about nature in the Hokushin’etsu (北信越) area, a rural mountainous region which spans three prefectures in Hokuriku (Ishikawa, Toyama and Fukui), plus two more in Shin’etsu (Nagano and Niigata). A perfect route to explore by train, it’s dotted with authentic rural communities away from the conventional tourist trails. If the stunning surrounding peaks weren’t reason enough to visit, nature lovers will be delighted to hear that the region is also home to two national parks. And while the mountain resorts of Shiga-Kogen and Nozawa Onsen are renowned for excellent skiing, they also offer a range of water-based activities on their rivers and lakes. Back on dry land, prepare to feel wonderstruck by the towering 400-year-old cedar trees as you walk along the Togakushi Kodo Trail, a beautiful pilgrimage road that connects five shrines within 10km (6mi). 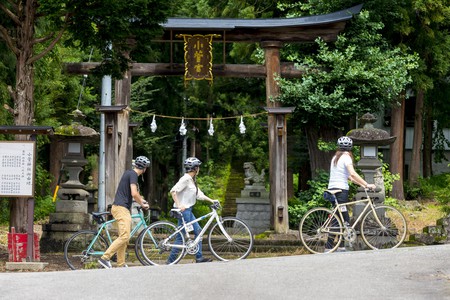 Away from the standard tourist trails, the Hokushin’etsu (北信越) area is perfect for nature-loving visitors who love to explore | | Courtesy of the client

The Japanese word satoyama has long been synonymous with traditional rural landscapes – as reflected by Hida, a small city rich in both culture and nature, in the mountains of Gifu Prefecture. Satoyama Experience provides an array of unique, authentic experiences for visitors including cycling tours past rice fields and forests; town walks focusing on insider crafts and food; and stays in old wooden houses. 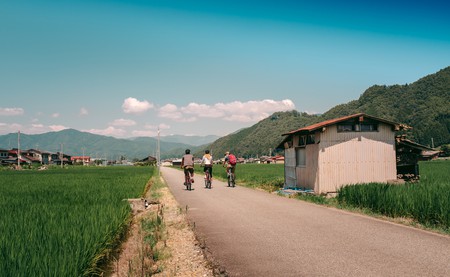 It was around 1,300 years ago that a monk supposedly carved Buddha into a rock in a remote riverside spot in Toyama Prefecture – leading to the creation of Oiwasan Nisseki-ji Temple. Located at the base of sacred Mount Tsurugi, the temple and its celebrated stone statue, which stands at around 3m (10ft) high, today attract pilgrims and tourists alike. And with its atmospheric forest setting, three-storied pagoda and, most famously, a purifying (and body-joltingly cold) waterfall meditation training every January, it’s not hard to see why. 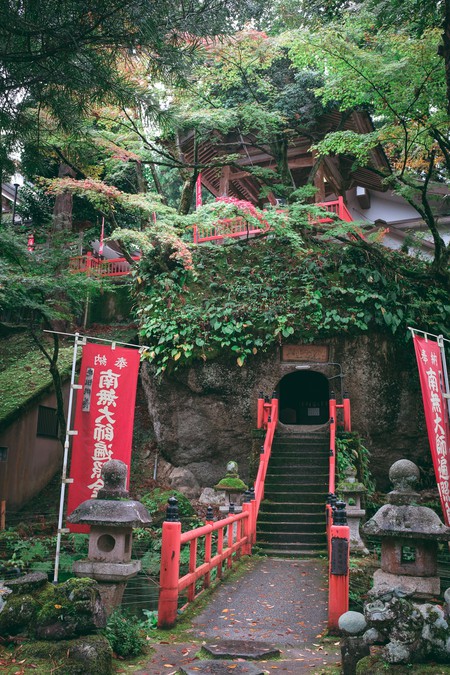 For a slow-paced, reflective taste of rural Japanese life, Noto Peninsula ticks all the boxes – particularly when explored on two wheels. This picturesque region – imagine sandy beaches, cliffs, sleepy villages and rice fields – which juts into the Sea of Japan, is renowned for its peaceful, bicycle-friendly coastal scenery. A highlight is cycling across the bridge to Notojima, a small volcanic island famed for its rich agricultural heritage and bottlenose dolphins. Cycle tour company Noto Note offers guided tours of the mountains and the surrounding coast on Noto Island, a World Agricultural Heritage Site. 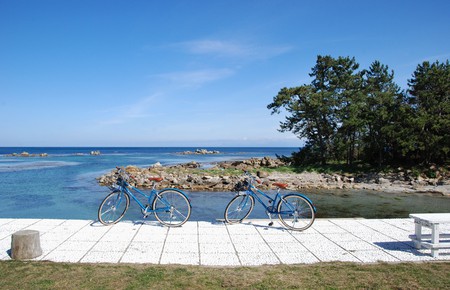 Yokokan Garden is a serene enclave in Fukui City, 90 minutes from Kyoto and under an hour from Kanazawa by train. The 19th-century former home of a feudal lord, it was painstakingly reconstructed after being destroyed in wartime bombings, and in 1982 was designated a place of national scenic beauty. Today there is a koi carp-filled lake reflecting the clouds, meandering pathways, stone bridges and an elegantly proportioned villa, cocooned in a seasonal show of nature that includes plum trees and hydrangeas. 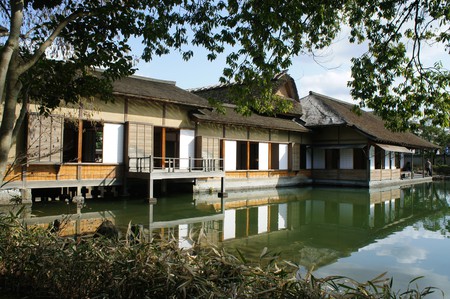 Kyoto – just 15 minutes by bullet train from Osaka – is not just about temples and teas. The mountains that envelop the city are also hiking heaven. Among them is historic Mount Tennozan, the summit of which can be reached by taking a 15-minute train ride from Kyoto Station to Yamazaki Station, followed by a 60-minute hike. Once the stage of ancient battles, today, it has picturesque hiking trails through forests peppered with shrines and temples. At its base, there is even a small but perfectly formed 16th-century teahouse, Tai-an, created by tea legend Sen no Rikyu. 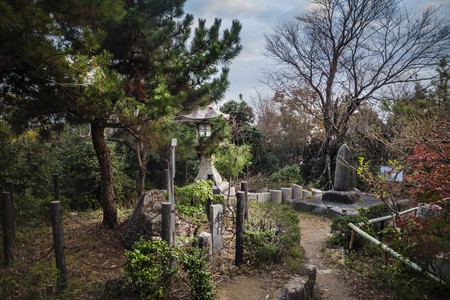 GRANSNOW Okuibuki, deep in the mountains of Shiga prefecture, is known for its perfect powder. Easily accessible from Kyoto, Osaka and Nagoya, this ski region, with 12 trails ranging from beginner to advanced, is connected by a string of lifts, one of which is reportedly the fastest in Japan. It also claims to be home to Japan’s steepest slopes, with a recently opened 46-degree gradient course, and Snow Land, with a tunnel-covered moving walkway, sledding and igloo building, is ideal for kids. 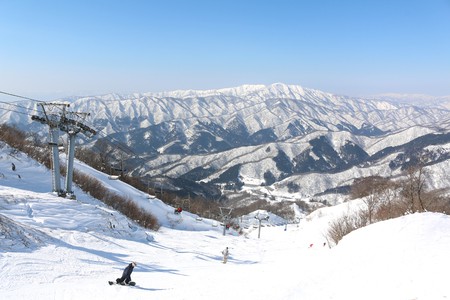 It may be just a 30-minute train hop from the concrete of central Osaka, but Minoh Park is a world away. Spanning a forested valley just north of the city, it offers hiking trails, serene temples and a dramatic 33m (108ft) waterfall. It gets particularly popular in autumn, when the valley is ablaze with a patchwork of trees in fiery shades. 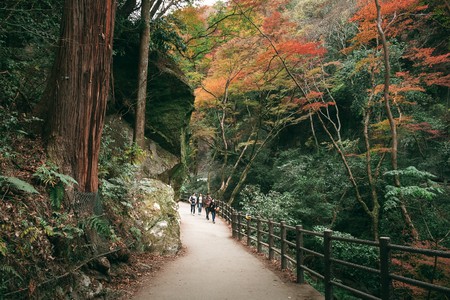 Hop on board the New Golden Route via Hokuriku to get back to nature and explore these wonderful destinations scattered across Japan, and be sure to check out the latest New Golden Route brochure.