Why Shohei Ohtani Is Being Dubbed 'the Next Babe Ruth' 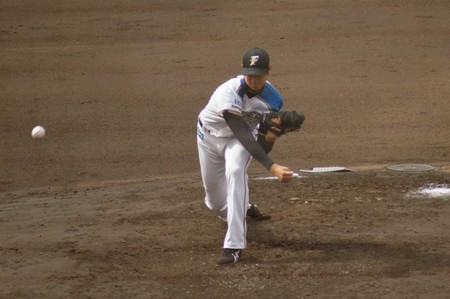 While it may seem strange to call a pitcher the next great hitter of his generation, Shohei Ohtani, 23, is considered by many to be just that. The star player and ace pitcher of the Hokkaido Nippon-Ham Fighters, Ohtani led his team to a championship in 2016. Ohtani has also drawn a lot of comparisons to Babe Ruth, the legendary slugger who was converted from a pitcher to one of the greatest hitters of all time. Here’s everything you need to know. 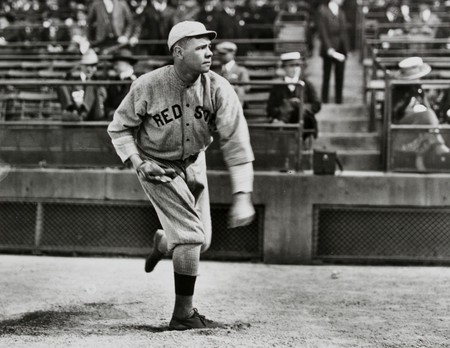 Babe Ruth, considered by many to be the greatest slugger in baseball, also got his start as a pitcher | © Frances P. Burke / WikiCommons

This winter, when Ohtani announced his intentions to join Major League Baseball in America, all 30 teams tried their best to try and convince him to come play for them, with Ohtani ultimately deciding on the Los Angeles Angels.

But what makes him so special, and why did everyone want him so much? Here are seven facts to know about the hottest new Japanese player to join the MLB.

He hits the ball really well

In addition to being a talented pitcher, Ohtani is an excellent slugger who can hit with home run power. Because of this, he is referred to in Japan as a 二刀流 (ni-toryu), or ‘two-way’ player. In his 2016 season, Ohtani won the award for both best pitcher and best designated hitter in the league. According to Hokkaido Nippon-Ham Fighters manager Hideki Kuriyama, Ohtani is actually a better slugger at this point thanks to his naturally beautiful swing and still has room to grow even more as a pitcher.

Ohtani, already a successful ballplayer in high school, had offers from several MLB teams straight out of high school including from the San Francisco Giants, Texas Rangers, and Los Angeles Dodgers. Instead, he opted to join the Hokkaido Nippon-Ham Fighters, who promised to let him both pitch and be a daily position player. Ohtani pitched every sixth game for the Fighters, and on the other days played outfield or filled in as the team’s ‘designated hitter’ – a player who bats in place of the pitcher.

For him, it’s not about the money

Ohtani is somewhat of a legend in Japan for his frugality and apparent lack of interest in money. During his time playing for the Fighters, he lived in the team-owned dormitory and is said to have relied on team-chartered taxis for transportation rather than owning a car. In his final year in Sapporo, Ohtani received a salary of ￥270 million (about USD$2.4 million) but according to reports gave the money to his parents, opting only to receive a monthly stipend of ￥100,000 from them – the equivalent of a minimum wage salary in Japan. Most of the money was spent on meals, training fees, and fitness supplements, with Ohtani only spending around ￥10,000 (less than US$100) on himself.

Ohtani is just 23 years old, which means that there are special restrictions that apply to his joining the MLB. As a rookie from Japan under 25 years of age, Ohtani can only receive the minimum fixed annual salary of US$545,000 and won’t be able to negotiate his salary for at least three years. Had he waited until he turned 25, Ohtani could have scored a multi-million dollar contract. By comparison, Masahiro Tanaka, who joined the New York Yankees in 2013, earns around US$22 million per year.

He had 30 MLB teams fighting for him

When Ohtani announced his decision to join Major League Baseball, his agent requested any interested teams to put together a presentation covering details about their training facilities, player development programs, and why their city would be a good place for Ohtani to play baseball. All 30 MLB teams submitted a proposal, many in both English and Japanese.

He turned down some of the biggest teams in pro ball

Rather than going to the highest bidder, as some expected, or some of the top names in baseball like the New York Yankees or Los Angeles Dodgers, Ohtani ultimately selected the Los Angeles Angels – a team from Anaheim, California, that has failed to reach the playoffs in three years and hasn’t won a World Series since 2002.

In a statement released by his agent, Ohtani said that “he felt a true bond with the Angels” and thought they were the best team to help him reach his goals of becoming the best player possible.