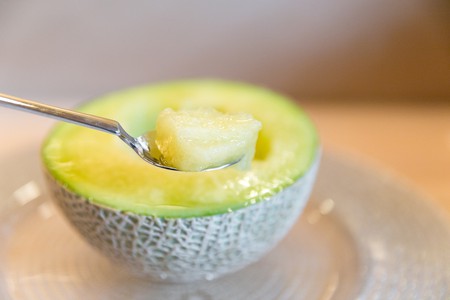 Japan is a nation of social mysteries; however for foreigners, there is probably one facet that seems most bizarre, and that is the nation’s acceptance of, and even love and admiration for, ridiculously expensive fruit. We’re taking a closer look into why Japan is willing to spend a fortune on fruit.

Head to the depachika, the large food court situated at the bottom of most department stores, and you’ll find a selection of both exotic and everyday fruits wearing price tags that are typically reserved for a Michelin star meal. You might see strawberries that go for anything between $20 (£14) up to $4,000 (£2,874) (if tennis ball sized bijin-hime strawberries are what you’re after), or pears that’ll easily set you back $12-$15 (£8.62-£10.78) each. These price tags are not a rarity here in Japan, but why?

Compared to many of its western neighbours, Japan’s attitude to fruit is far different; fruit is considered to be a luxury item, and a feature star in the nation’s extensive and often difficult to decipher gift-giving culture.

Travel site Roads and Kingdoms recently published a feature on the fascinating world of the muskmelon, also known as a cantaloupe. The particular melons featured were going for $27,000 (£19,402) each. This price tag warranted further investigation.

Historically, fruit has played a large role in the nation’s gift giving culture. During the fourteenth century, samurais would offer tangerines or melons to the shogun, their leader, as a sign of loyalty and appreciation. Today this attitude still exists; however, arguably the fruit can be seen more as a vessel of appreciation with the tagged value being the greatest symbol, rather than the piece of fruit itself. An expensive piece of fruit may sound ridiculous, but the implied value is where it gets its worth.

One of the things I miss most from Japan is the extraordinary produce and incredibly high level of food quality. Now, who wants to buy me these $400 cantaloupes 🍈?

Another reason fruit is so expensive here in Japan is simply because it’s so perfect. Farmers spend their careers dedicated to cultivating the perfect fruits, season after season, tirelessly growing, harvesting inspecting, and altering until they create the perfect specimen.

Although many of these fruits are designed to be eaten, there’s one famous Japanese fruit that is completely ornamental, and chances are you’ve seen it before. The square watermelon. Grown in special boxes in Zentsuji (Kagawa Prefecture on Shikoku Island), these peculiar fruits are not for eating.

Cultivating the perfect fruit also takes a lot of attention. Take the muskmelons for example: just three percent of them are singled out and given little outfits. String is tied around the stems to stop them from falling over once they’ve ripened, and little hats are placed on the tops of the melons to ward against sunburn.

In order to ensure they reach their full potential, farmers also supply the melons with “melon massages” to ensure the ultimate sweetness. This labor and time doesn’t come cheap. Once the best of the best have been selected, they’re off to the market to be bought out by luxury fruit pickers and later sold for the price of a car. Typically, the fruit that doesn’t make the cut is kicked on to the regular outlets to be sold for much less.