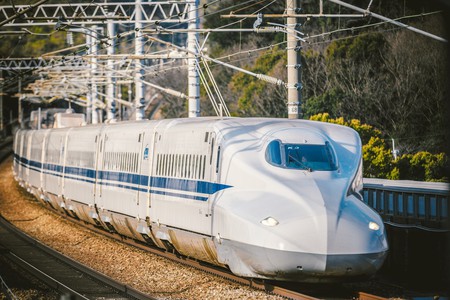 As of March this year, many of Japan’s trains will be barking like dogs and snorting like deer. This is part of a new initiative for the country’s transport companies to avoid delays, collisions and provide a safer commute for passengers.

Japan’s train network is one of–if not the–safest in the world. They even have special automatic locking systems for earthquake warnings. However, one of the biggest problems they face is deer and wildlife wandering onto the paths of the super fast Shinkansen (bullet trains), which tear across the country at an eye watering speed. 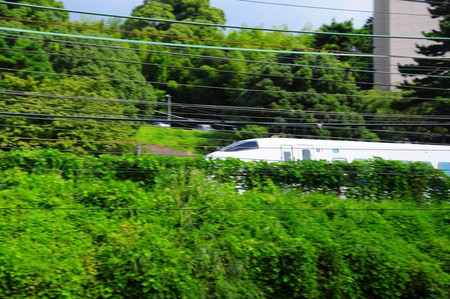 The Asahi Shimbun newspaper reported that in the 2016 fiscal year there were 613 cases of train delays and suspended services that lasted 30 minutes or longer due to collisions with deer and other wild animals. This was a jumping of 185 cases from the previous year. So, the team at the Railway Technical Research Institute (RTRI) have been creating solutions to this ongoing problem.

Studies have shown that the local deer are attracted to the railway lines because of their need for iron in their diets. They lick the tracks in order to pick up iron deposits created by the grinding of train wheels against the rails. 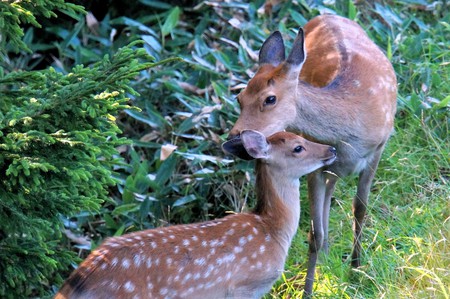 In an unorthodox move, the trains involved will be fitted with a speaker system that blares out snorting and barking noises in a bid to warn neighboring animals of its arrival. The idea came after the realization that in the wild, deer are known snort short but shrill vocal alerts to alert other deer when they are in danger. This shrill sound will be combined with the dog barking, in the hope of keeping other wild animals away.

During the test runs, three second-long recordings of the deer sound, in combination with 20 seconds of dog barking, were aired from aboard the running trains. Though it sounds strange, so far the experiment has proven incredibly successful. 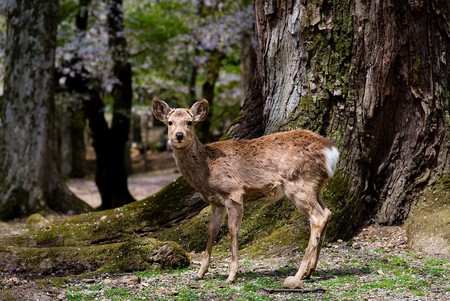 The test runs have been underway on trains that run during the early evening through to late at night, which is peak deer-collision time. During this trial period, deer have only been sighted around 7.5 times per 100 kilometers, which is a 40-45% decrease in animal sightings on the tracks.

The noises have proven far more effective at keeping deer away than the previous tactics of using red lights and–strangely enough–the spraying of lion faeces on the track, which was usually washed off by rain.

The RTRI are hoping to conduct a longer-term study on the experiment as it runs. They believe in the future they’ll be able to craft an automatic system that lets off the animal alarm in areas where the local deer are commonly spotted. 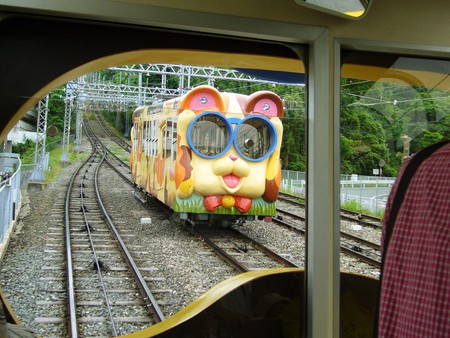 Believe it or not, these are not Japan’s first train-animal hybrids: in Nara, the local Kintetsu Ikoma Cable Line has been home to cat and dog shaped trains for the past 18 years.