Where You Should Stay in Tokyo, Depending on Your Music Taste 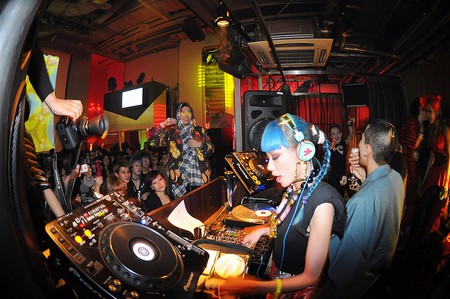 Thanks to its dense population and propensity to turn admiration into full-blown obsessed fandom, many areas of Tokyo are compartmentalised into tiny sub-cultural hubs. From fashion, to food, and of course music, Tokyo houses many different mini worlds. No matter your taste there’s something for everyone, you just need to know where to look.

For EDM bangers, check out Roppongi

One of the more well known entertainment hubs of Tokyo, Roppongi gets a little bit of a reputation for being shady thanks to its party loving inhabitants. Though really only shady by Japanese standards, for a party hub in a mega-city it’s still pretty safe for the casual visitor.

Given its diverse population, Tokyo’s party capital has a night-time establishment for every taste, but it’s EDM that Roppongi does best. Clubs V2 Tokyo and Muse are the crown jewels of the area’s EDM scene. Sprinkled with LED lights, gold embellishments and hosting some of the hottest DJs in the world, these two mega-clubs are the best place to go to be VIP for a night. 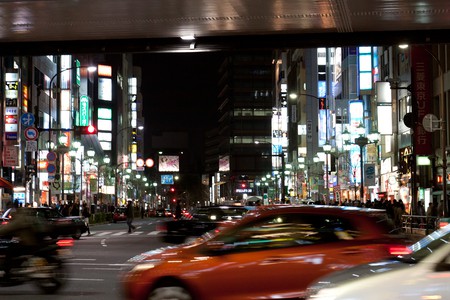 If hip hop is your vibe, visit Harajuku 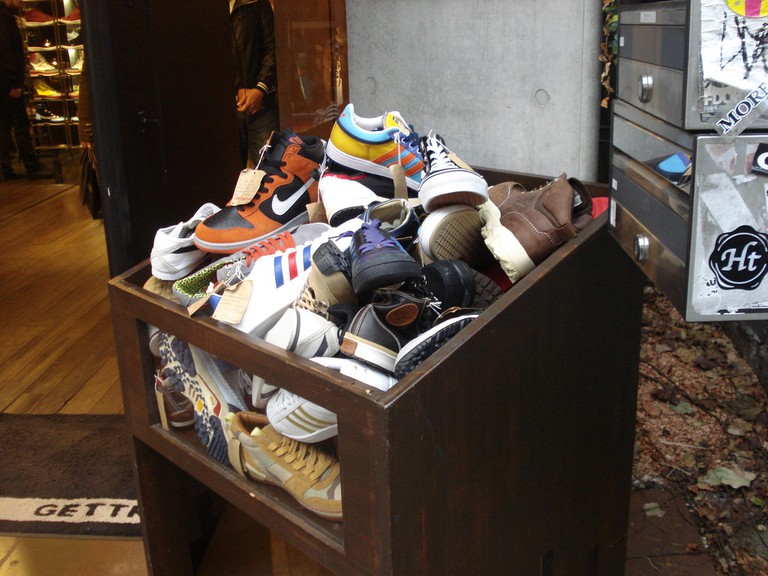 Sneakers | © Ian Kennedy/ Flickr
Tucked down alleyways just behind the tourist magnet that is Takeshita Street sits the true street culture hub of Harajuku, which is technically a pocket of Shibuya. Home to more sneaker and streetwear outlets than you can count, Harajuku is a hip hop mecca. Don’t spend all your money on the clothes though, because just a stone’s throw away from the shopping strips sits Manhattan Records in Shibuya. Specialising in rare and original pressings, Manhattan Records is Tokyo’s unofficial home of everything hip hop pressed on wax.
Open In Google Maps
木船ビル 1, 10, Udagawachō Shibuya City, Tokyo, 150-0042, Japan
+81334777166
Visit Website
Give us feedback 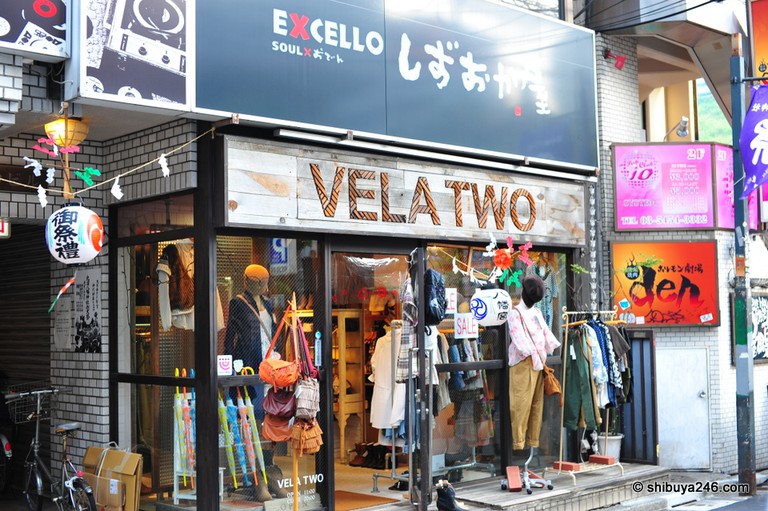 Shimokitazawa | © Shibuya246/ Flickr
If Harajuku is the hip hop hub, Shimokitazawa (or Shimokita to the locals) is Tokyo’s home of rock ‘n roll. A five-minute trip by train from Shibuya station, Shimokitazawa’s weaving streets are dotted with clothing and record stores overflowing with vintage goodies. If there’s one thing that Shimokita does better than vintage shopping, it’s live music. Nestled between hip cafés and second-hand clothing stores sits an uncountable amount of live houses (live music venues) and rock bars running late into the evening every night of the week. Head over to venue Shimokita Three to discover some of Tokyo’s most exciting new acts.
Open In Google Maps
1 18, 5-chōme, Daizawa Setagaya City, Tokyo, 155-0032, Japan
+81354868804
Visit Website
Give us feedback

Visit Koenji for a punk party

Before Shimokita’s popularity started to boom, Koenji was known as the live music capital of Tokyo. Still bustling with some of the best live music venues in town, the area’s history has its roots firmly planted in the punk world. Strolling through the streets of Koenji in the evening it’s not an uncommon sight to see old school punk rockers and indie kids wandering around lugging guitars. They’re probably on their way to sound check at iconic local venue UFO Club.
https://www.instagram.com/p/BnttfPlhoIZ/
Open In Google Maps
6 11, 1-chōme, Kōenjiminami, 杉並区 Suginami City, Tokyo, 166-0003, Japan
+81353060240
Visit Website
Give us feedback

Freak out with J-Pop nerds in Akihabara

If you have any knowledge about Japan, odds are you’ll associate the name Akihabara with ‘otaku’ nerd culture. Known once as the technology hub of the world, Akihabara may fallen behind a little tech-wise, but when it comes to nerdy fandom culture it’s still number one. The biggest all girl J-Pop band (literally and figuratively) AKB48 are actually named after the area. Here you can visit the AKB48-themed café located near the major station, or if you’re lucky enough catch one of their nightly shows hosted in their own theatre here in Akihabara. 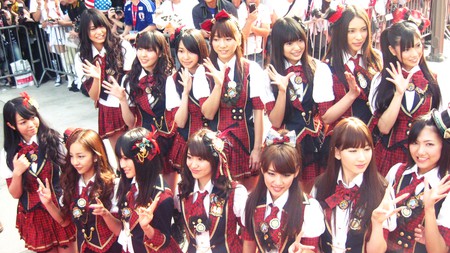 Shin-Okubo_1 | © hans-johnson/ Flickr
Just a few minutes from the centra Tokyo hub of Shinjuku is the fascinating suburb of Shin Okubo. Known as ‘Korea-town’ to the locals, it’s home to everything Korean – think food, fashion, beauty and of course K-Pop. K-Pop made waves in Japan a few years back, so much so that many bands released music in Japanese to appeal to the booming market. In Shin Okubo this fandom is still alive and well. These days you can visit the area to pick up every imaginable piece of merchandise emblazoned with your favourite K-Pop star.
Open In Google Maps
Tokyo, Japan
Give us feedback

If you love house and techno, visit Shibuya

When it comes to sound systems and interior design, there’s no debate that Tokyo is home to some of the best clubs in world, so it’s really a no-brainer that the city attracts the world’s best and most serious DJs and producers. There’s no better place to enjoy the city’s dance music scene than in the heart of Tokyo, Shibuya. Featuring a high density of nightclubs, Shibuya does house, techno and dance music best. If you’re an audiophile with a propensity for late night partying check out venues Vision and Contact to fulfil all your musical desires. 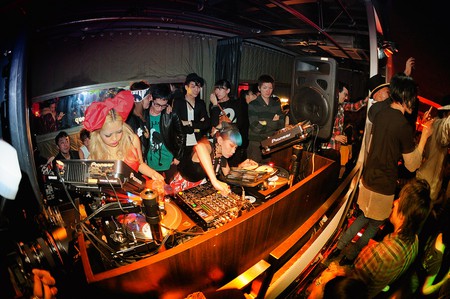 What draws floods of tourists to this suburb daily is its ability to encapsulate Tokyo’s traditional past. Though in previous decades the temple-dominated area was considered the city’s entertainment hub, that title has been passed on to the more youth oriented centres of Shibuya and Shinjuku. However, if you want to step back in time and experience Japan’s folk musical history via live tsugaru-shamisen performances often hosted in traditional izakayas, you can’t miss Asakusa. 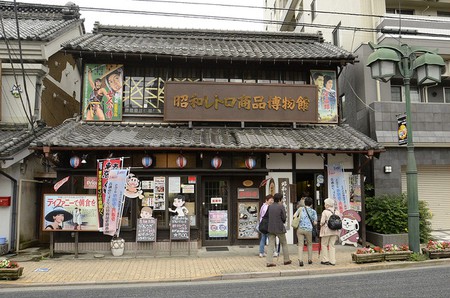 Exterior of Ōme Akasuka Fujio Kaikan Museum (Retro Museum of Packaging from the Showa Era, 1926-1989) | © Stephen Kelly/Flickr
Give us feedback