Where You Should Stay in Osaka 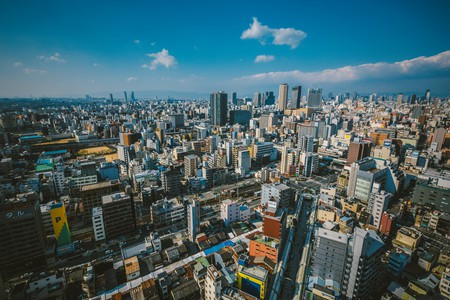 Osaka is rapidly gaining popularity as a tourist spot in Japan. Hotels, hostels, Airbnbs, Internet cafés – the number of accommodations for travelers is increasing daily. Here, we pinpoint and break down the two best areas to book accommodation in Osaka.

Osaka is a sprawling behemoth of buildings, from office towers to ancient shrines and castles. It’s so big that there are two major downtown areas in the north and south, Kita (which literally means ‘north’) and Minami (‘south’). Both areas feature gigantic shopping districts, diverse and delicious restaurants, exciting sightseeing spots, and numerous lodging options.

Should you stay in Kita or Minami?

Kita includes Umeda, Osaka’s commercial district and the largest transportation hub in the city. Thanks to the latter, this area is extremely convenient. Many of the city’s lines of public transit meet here at Osaka/Umeda Station. Umeda is also a great place to shop, eat, and enjoy nightlife. 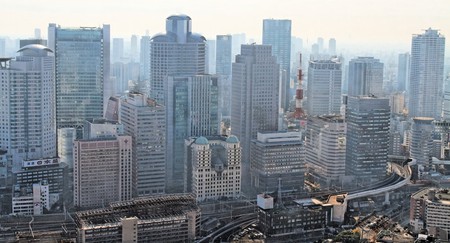 Minami is home to what many consider to be the quintessential Osaka tourist experience – Dōtonbori. As one of the oldest parts of the city and Osaka’s entertainment district for just as long, Dōtonbori is a historic and authentic look at Osaka, even though it has become quite the tourist trap. In this neighborhood, you can take part in commercialized cliches like eating takoyaki and posing in front of the Glico man sign while also getting lost in izakaya and hidden temples along the quiet side streets. 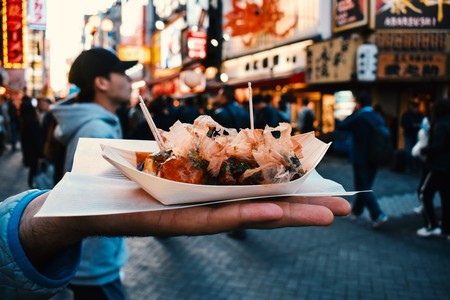 Next, we’ll break down the best neighborhoods in each hub.

For a little bit of everything stay in Umeda

Umeda is a great place to stay if you value convenience over culture; while the area certainly features the latter, the fact that Umeda is so accessible is what really makes it stand out. Not only can you easily get to areas around Osaka City, you can also get to surrounding cities like Kyoto and Kobe quickest from Umeda. Though crowded, Umeda is exceptionally safe and clean. There are also notable sightseeing spots like the Umeda Sky Building and Nakanoshima as well. Stay at Umeda OS Hotel or the Westin if you’re feeling fancy. 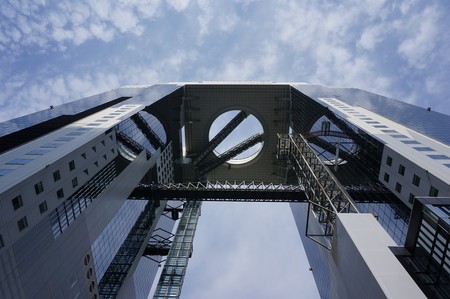 For a taste of tradition try Nakazakicho 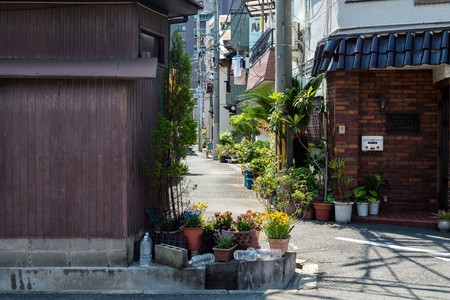 Tenma, where you can bargain hunt at local shops, sightsee at ancient shrines, and meander through atmospheric alleys, is a great place to experience local Japan. It’s the kind of place where Osakans shop and work by day and let off steam at night. After walking around all day and drinking all night, rest at Tenma Itoya Guest House, Osaka Umeda Yuan Hostel or Imperial Hotel. 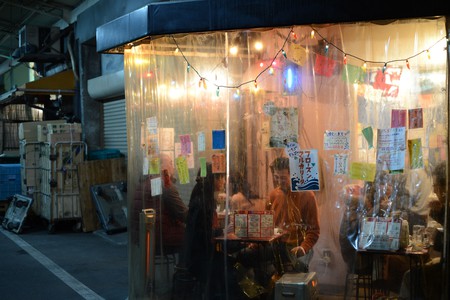 For the best of Osaka food and nightlife stay in Namba

In Minami, Namba is where to stay to experience all the qualities Osaka is known for – delicious street food, wacky and hilarious entertainment, and wild partying. Minami is a bit louder and dirtier that Kita, but it is still in Japan, so this is far from what many might consider such. As a transit hub, Namba is only slightly less convenient than Umeda; three train lines and multiple lines on the Metro converge here. Nearby cities Nara and Wakayama are also easily accessible from Namba Station. Though noisy, Namba has plenty of quiet accommodations like Hana Hostel Osaka, Osakaya Namba, and Namba Oriental Hotel. 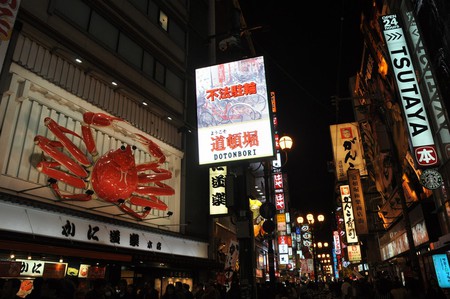 Minami is also home to shopping mecca Shinsaibashi, but the hip Horie neighborhood is where it’s at. There are plenty of local boutiques and used clothing shops to get your shopping fix, as well as authentic foreign restaurants, arty cafes, and a glimpse into the hip youth culture of Osaka. Stay at Hostel Chill Out, Hostel Picnic, The Bridge Hotel, or Toyoko INN Shinsaibashi West. 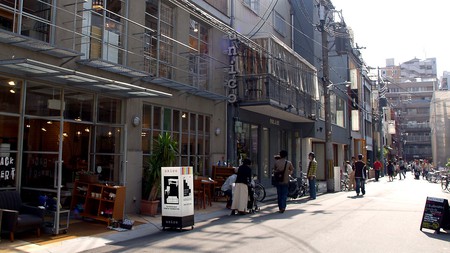 Lovers of anime and geek culture stay in Nipponbashi 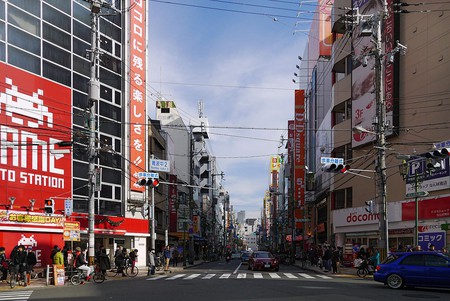 Nipponbashi. | © Oilstreet / WikiCommons
Give us feedback