Where, When and How to Watch Sumo in Japan 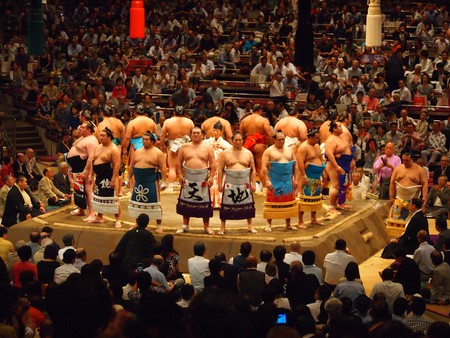 Even though unofficially it may be karaoke, sumo is actually Japan’s official national sport. It was born as a performance to entertain the Shinto deities during the ancient times and is rich with religious and cultural importance. As a foreigner visiting Japan, a trip to a sumo tournament is like nothing you’ve ever witnessed before. The balance of traditional respect and the electric energy of a live sporting match collide to make it a fascinating social and cultural phenomenon.

The beauty of sumo is that even if you know nothing about the rules, after one match you’ll figure it out. Basically the rules are very simple: the wrestler who first steps out of the ring or touches the ground with any part of his body besides the bottom of his feet is the loser. Matches are held on an elevated clay ring called a dohyo, which is covered in a layer of sand. 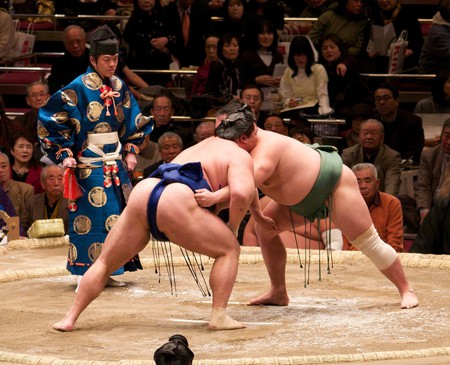 Sumo season runs in a very different style to many other typical sports here in Japan. The best opportunity to see a match is during basho, which is a sumo tournament. They run six times per year throughout the country, kind of similar to Grand Slam tennis tournaments.

If you want to see a wrestling match during the off-season there are a few options, you can check out a morning practice via the way of a tour or solo, or you can visit this site for all the info on non-tournament matches. 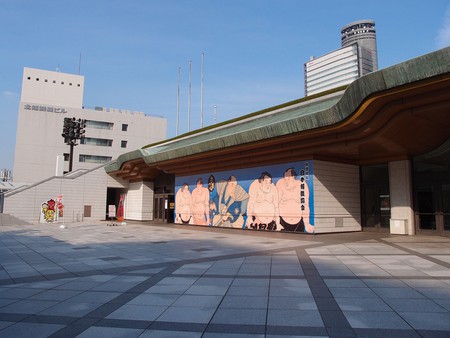 The main events happen in line with the seasonal changes, for example New Year, spring and autumn. All these events run for about two weeks so if you’re prepared to travel and are fast at nabbing tickets there’s actually plenty of opportunities to see a match.

Non-tournament events and morning practices run throughout the year so if you can’t make a Basho event there’s still that too. 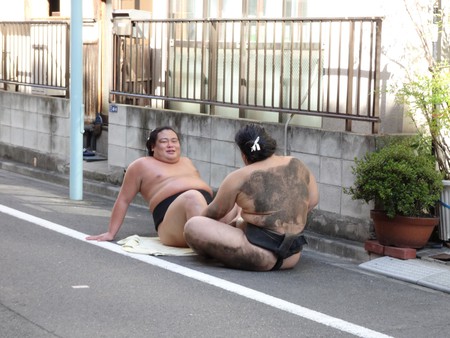 How much a ticket costs really depends on how much you want to spend. Sumo seating is divided into the tiers: Ringside seats, box seats and balcony seats. Ringside seats are the most expensive to get because of course they’re closest, at ringside. These tickets can be a little trickier to get because of their popularity; often they can only be bought with the help of an insider who can hook you up. If you do get a ringside position expect to be sitting on cushions on the floor.

Box seats are a pretty great mid-level tier position and are also cushions on the floor. Tickets for these seats are not sold per person but actually sold per box. Most boxes are designed to accommodate four people, but there are a few varieties.

Finally, there’s the cheapest and most accessible seating in the arena – style chairs. Like many western sporting matches these chairs, the further back you go the cheaper the tickets become. Typically these arena seats are split into A, B and C sections. A is the closest and C the furthest from the dohyo (wrestling ring). Generally for these types of tickets you’ll expect to pay between 4,000 – 9,000 yen ($40USD – $90 USD). 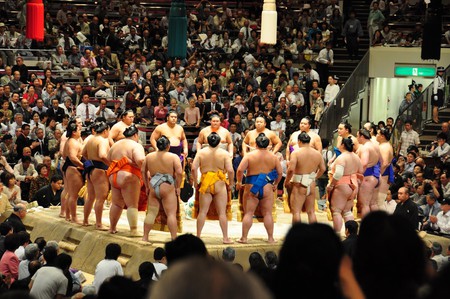 What happens at sumo?

A sumo tournament runs for the full day, sometimes starting as early as 8:30am so there’s plenty of time to catch the action. Because the tournament runs on a ranking system, many regular sumo goers skip the morning matches and turn up later in the day around mid-afternoon when the higher ranked wrestlers are beginning. The climax of the event is the final match which happens around 6pm. This is when the two champions of the tournament face off against each other in the superbowl of sumo.

Food-wise like any sporting event there’s plenty of snacks and booze to keep you running throughout the day. If you want a truly authentic Japanese experience, pre-order a bento box (like a lunch box of little Japanese dishes) which will be filled with many tasty delights.

Once the day is done and you’re ready to feast like a sumo check out a chanko nabe restaurant. Given that it’s the staple food of sumo wrestlers, there will no doubt be plenty dotted around the stadium. Chanko nabe is a hot pot dish that comes in a number of different varieties and usually contains vegetables, seafood and meat. Many of the nabe restaurants in the Ryogoku area are actually run by retired sumos so you know it’s the real deal.