When Rice Cakes Kill: Why You Should Be Careful When Eating Mochi 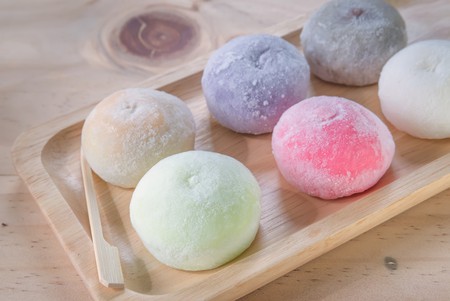 They’re a traditional Japanese delicacy, but they can be fatal.

Mochi are deliciously sticky, glutinous cakes of pounded rice that can be deadly. Traditionally eaten as part of the New Year celebrations, they claim the lives of multiple people every year.

They might seem harmless, but officials are forced to issue warnings every year to avoid deaths. The buns are large and must be chewed thoroughly before swallowing as they’re so sticky and dense. For anyone who can’t chew well, struggles with swallowing, or is very young or old, mochi can present a real danger. Two people died and 15 were hospitalised during this New Year’s celebrations alone and from 2014–2015 there were nine deaths. 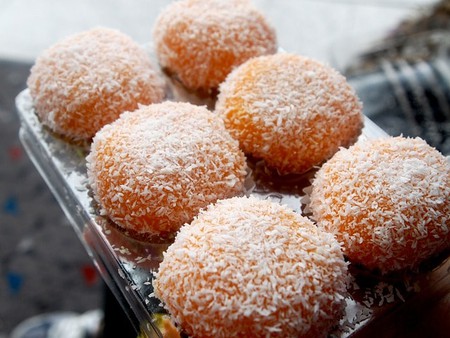 Mochi can be sweet or savoury | © n23club/Pixabay

Mochi are made by cooking glutinous rice until soft. The mixture is then mashed and pounded until it forms a sticky mass, which is shaped into balls. Chewy and toothsome, they form an integral part of many Japanese dishes. At New Year they’re traditionally eaten in a vegetable broth called ozouni, but they are also enjoyed sweet. You can get mochi in a number of varieties, including green tea flavour, mochi stuffed with ice cream, and a type wrapped in dried seaweed sheets and served with a sweet soy dipping sauce.

The choking happens when people eat mochi too quickly, in large piees and without chewing properly. It’s so common that the Japanese fire department issues official advice about eating the cakes. Mochi should be cut into small, bite-sized pieces and chewed slowly, so that enough saliva is produced to help swallow the sticky mouthfuls. If someone chokes, they should be laid down so the person providing assistance can press hard on their back while holding their lower jaw to help them spit out the cake.

Specialised dietitian and British Dietetic Society spokesperson Claire Pettitt spoke to Culture Trip about her advice for eating mochi. She said: ‘Having lived in Asia, mochi are a favourite indulgence for me (especially the mango flavoured ones!). However, it seems some say these sweet and sticky rice cakes should come with a choking warning! As regularly reported in Japan, several people have been hospitalised or have died while eating mochi. 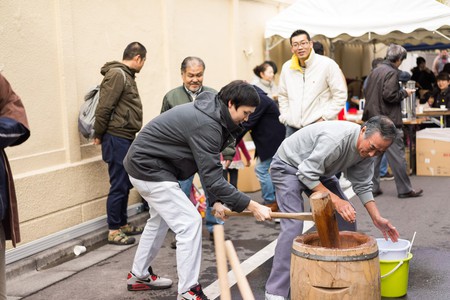 ‘Mochi have an almost gel-like consistency and are typically a size which requires a few bites to get through. They feel very sticky in your mouth and need to be either cut up into smaller pieces, or small bites taken slowly and each mouthful chewed properly before swallowing to ensure the glutinous food does not get stuck and cause a blockage, risking suffocation.

‘Mochi can be enjoyed safely by all by taking small and slow bites or cutting them into small manageable pieces, as you would when cutting grapes or cherry tomatoes in half for children, so they are smaller than the diameter of the throat and less likely to get stuck. You should then carefully chew and swallow this sticky and delicious sweet.’

NHS advice states that to help someone who is choking, you should support their chest with one hand while leaning the person forwards to encourage the object to fall out of their mouth. Give five sharp blows on their back between their shoulder blades with the heel of your hand. If that doesn’t dislodge the object, stand behind the person, placing your arms around their waist and bending them forwards. Place your clenched fist right above their belly button, place your other hand on top and pull sharply inwards and upwards. The sudden force should dislodge the object from the person’s throat. 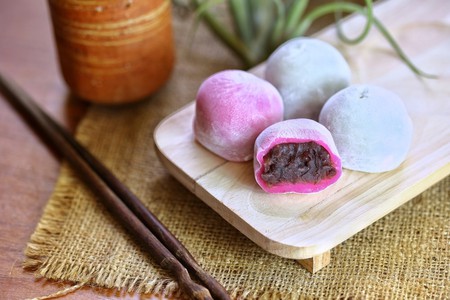 You shouldn’t be worried about eating mochi, however. It’s been eaten for centuries and is historically important in Japan. While its exact origins are unknown, it’s thought to have come from China and have been used as imperial offerings at religious ceremonies as early as the 10th century. They became a New Year’s treat during Japan’s Heian period, from 794–1185, and a dictionary from before 1070 calls the food ‘mochii’.

The word may have come from the verb ‘motsu’, which means ‘to hold or to have’. It could also have come from ‘mochizuki’, which means ‘full moon’. Mochi was carried into battle by samurai warriors as it was calorie dense (a matchbox-sized piece of mochi has around the same calories as an entire bowl of rice) and easy to carry and prepare. It was even said that the sound of samurai pounding the rice to make mochi was a sign that they’re about to go into battle. 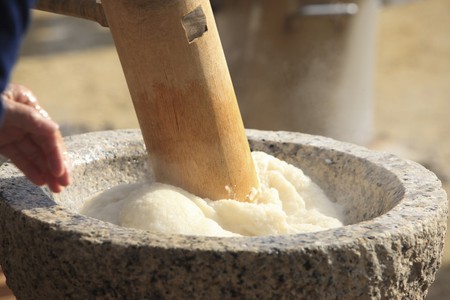 Howard Wong, co-founder of the British mochi company Little Moons, which makes ice cream and ganache-stuffed mochi balls, spoke to Culture Trip about how to enjoy mochi safely. He said: ‘Mochi is famous for its deliciously chewy texture, which comes from steamed sticky rice. Our mochi is made by wrapping a ball of gelato ice cream with a thin layer of chewy dough to create a bite-sized treat.

‘We’d suggest eating mochi in a few mouthfuls, especially if they’re straight out of the freezer. Brain freeze is the only danger we come across!’