When Kimonos Were Beautiful Military Symbols 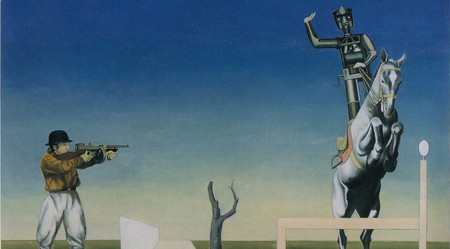 Clothes have always been more than a necessity. They not only provide clues to the wearer’s social status and the materials they can afford but also reflect the tastes of the time period. Like many conquering nations of the time, Japan‘s military excursions during the 1900s had a trickle down effect on the fashion industry.

During Japan’s invasion of its neighboring Asian nations, men, women, and children of all ages donned kimonos far different from the nature-inspired colors and designs of old. The bright, garish colors and striking designs were clothing makers’ answer to Japan’s desire to modernize. But they were also a way to show support for the military. They were evidence of an optimistic and positive outlook on war and colonialism, a belief that many powerful nations shared at the time.

The designs of the propaganda kimono, known as omoshirogara, were striking. And while these particular garments were often kept hidden from the public eye, there was no mistaking the message in these designs. In their early days, the omoshirogara were symbols of the future: towering cities, cars, and trains. They were a way of bringing traditional Japanese clothing and the modern era together.

After the 1920s, modernization and military might became synonymous with each other, and the people’s desire for all things modern was yet to be sated. Designs shifted to include military symbols. Planes, Japanese flags, armed soldiers, and cavalry were just a few of the subjects chosen by textile workers. The patterns reflected international art trends, like Picasso’s Cubism and the Art Deco movement, as well as drew inspiration from comics, advertisements, and movie poster designs.

Many of Japan’s military kimonos picked up themes and stories from comics, legends, and popular media. Dogs, admired for their loyalty and fearless nature, were also a popular motif, so Norakuro, a canine character in a manga in 1931, was borrowed and worked into kimono designs. Famous military legends were also used. The Three Bombers, for instance, became a legend after dying in a military operation; they were using explosives to take down the enemy’s barbed wire fences and break through the line.

Unlike poster propaganda, these kimonos were kept a secret from anyone outside the owner’s circle of close family and friends. Many were designed to be worn under the outer clothes, like juban or the inner lining of haori and kimonos. The wearer could show them off at private functions or appreciate them in the privacy of their quarters. In this way, they were indirectly showing their support for the military but at the same time flaunting their wealth and fashionable, modern tastes.

For a long time, those who collected the kimono did so in secret. The clothes were a symbol of a hopeful and optimistic past that wasn’t realized; it seemed pathetic or even shameful to hang on to them. These days, however, people are coming to appreciate and understand these garments as a product of their time and a fascinating window into the militaristic cultures of the past. A few small exhibitions have been held in Japan and abroad, and interest in the omoshirogara is stirring once again.