When Is the Best Time of Year to Visit Osaka? 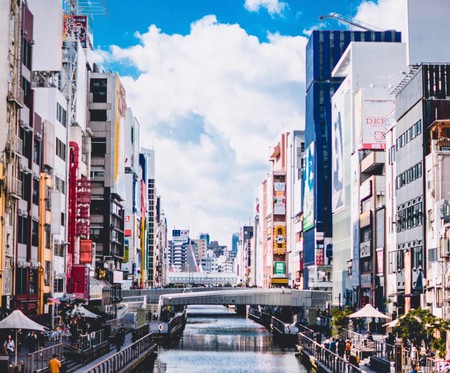 Discover the ideal time to finally book your trip to Osaka, Japan’s second city known for food, nightlife, and some of the wackiest people in the nation. We break it down month by month, so you can choose the season that best suits you.

New Year’s is an important holiday season in Japan, so this is the time to make that travel resolution a reality. The first few days of a new year are Oshogatsu, when Japanese embark on their first shrine visit of the year. In Osaka, the place to pray for prosperity is Sumiyoshi Taisha, an ancient and picturesque Shinto shrine. Here you can join the massive pilgrimage crowds snacking at food stalls, drinking warm sake, and drawing fortunes. Shortly after is Toka Ebisu on January 10, another exciting festival that is most widely celebrated at Imamiya Ebisu Shrine. These events make January the best time of year to experience traditional Japanese culture in Osaka. This is the coldest month of the year, so pack layers and a coat.

Osaka is a massive metropolis, so the cold winters can make the concrete cityscape seem quite bleak. However, it’s not what’s on the outside but what’s inside that counts! Osaka is bursting with bars in which to stay warm, or you can engage in other indoor activities, like karaoke and spocha (“sports challenge”) at Round 1. Valentine’s Day is inescapable even here, so take your loved one to the Umeda Sky Building, where the view of the city lights at night is anything but drab. Livening the landscape further are the plum blossoms that flower towards the end of the month. Domyoji Tenmangu Temple has a gorgeous plum garden plus an annual festival on the last Sunday to commemorate them. 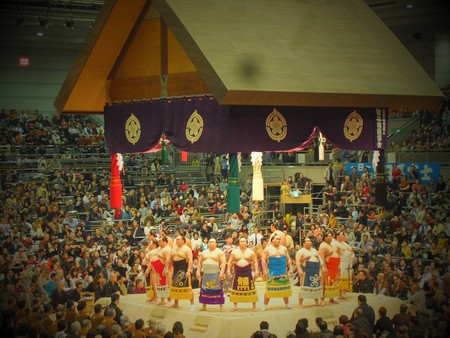 This is when things start to heat up, in more ways than one! The first hints of spring are in the air, which heralds the local sumo season. Check out the world famous wrestling at the Osaka Prefectural Gymnasium at the end of the month. Late March is also when the cherry blossoms bloom, a spectacle worthy of a trip on its own. Osaka Castle Park is the spot to bring your picnic basket of bento and booze to enjoy hanami (“flower viewing”). It’s still chilly most days, so pack a light jacket to stay warm while you party outside.

Osaka comes to life in many ways this time of year. Like New Year’s, April is a season of new beginnings because spring officially starts, as does the Japanese school year. Cherry blossom viewing continues. Outdoor markets like Upmarket, which happens on the third Sunday of every month, and the Shitennoji Temple flea market, every month on the 21st and 22nd, are in full swing. Spectators flock to Nakanoshima Park to enjoy sunbathing by the water and strolling through the rose garden. The last week of the month is the start of Golden Week, which kicks off with Showa Day on April 29. 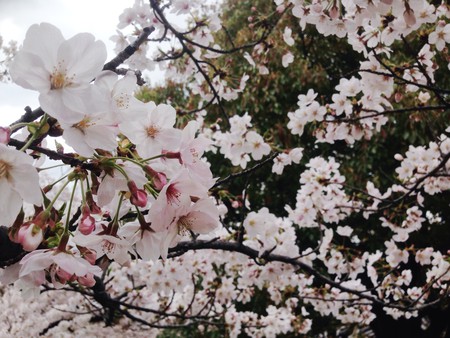 The start of May continues the Golden Week period, during which there are three more national holidays – Constitution Memorial Day, Greenery Day, and Children’s Day. This is a significant travel period in Japan, so everything from flights to hotels is extra expensive, but it’s also a great time to enjoy the many festivals and activities happening thanks to everyone having time off. In Osaka, visitors enjoy strolling along the Dotonbori River and shopping in nearby Shinsaibashi, exploring the quaint shops and cafés of Japan’s longest shopping arcade, Tenjinbashisuji, and sampling local brews at Craft Beer Live.

Pack your umbrella and a poncho because June is known as the rainy season in Osaka. Luckily, if you forget, they are ubiquitous at every convenience store and supermarket. In that vein, this is a good time to spend shopping, since you won’t want to get soaked wandering the streets. Check out hobby super stores Tokyu Hands and Loft (both have unrivaled rain gear sections this time of year) for anything from Japanese cosmetics to home appliances that simultaneously manage to be adorable and practical. You can also walk through Den Den Town, Osaka’s electronics district and geek heaven, which is conveniently covered and home to shops, restaurants, and arcades galore. 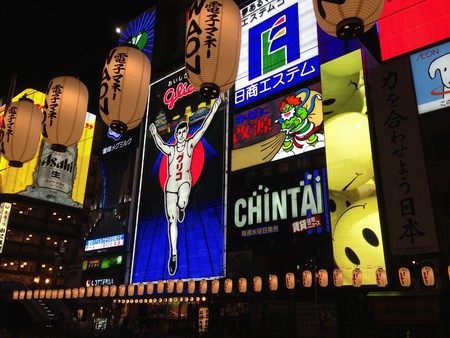 As the rain dissipates, there’s nothing to keep away the heat. Osaka summers are incredibly hot and humid, so dress in whatever clothes you don’t mind getting soaked in sweat. Less is probably better, though you will need lots of sunscreen. Some places that offer respite are the beach at Sakuranomiya Park and the water park at Spa World. However, the main event of the month is the Tenjin Matsuri, one of the three great festivals of Japan, which takes place on July 24 and 25. The festival includes massive parades, an impressive fireworks display, street food, and enthusiastic spectators dressed in traditional yukata.

Though the summers are scorching and sticky, there is a lot to do to take your mind off the heat. Join the masses barbecuing on the Yodogawa River, where you can also enjoy the annual Yodogawa Fireworks Festival. August is also the month of Obon, a time to remember one’s ancestors, so most of the many summer festivals have haunted houses in addition to food stalls and game booths. Just keep in mind that the week around Obon, which occurs mid-month, is an incredibly busy travel period. So, while many fun things are happening, it’s also expensive to travel, and everywhere will be full of people.

Summer starts to wind down, which means the temperature is bearable and travel is less expensive, though there is also less going on. Journey to Universal Studios Japan, where at least you don’t have to queue in sweltering heat. USJ is home to favorites like The Wizarding World of Harry Potter and locally exclusive attractions like Cool Japan. Silver Week, a period during which there are two public holidays close together, occurs at the end of the month, so you may find attractions a bit more crowded than usual.

On October 8, Japan celebrates Sports Day, in which students around the country compete against their classmates in the cooling climate outdoors. Though August is traditionally the horror-themed month in Japan, the cosplay-loving culture is starting to embrace Halloween. Bars, clubs, and other venues host costume parties all month, culminating in the most ostentatious occasion of them all – Halloween Rampage, which is the last Saturday at Rooftop Bar OO. October 31 in Triangle Park is not to be missed. Here, thousands gather at this tiny concrete corner in costume to revel in the streets all night. 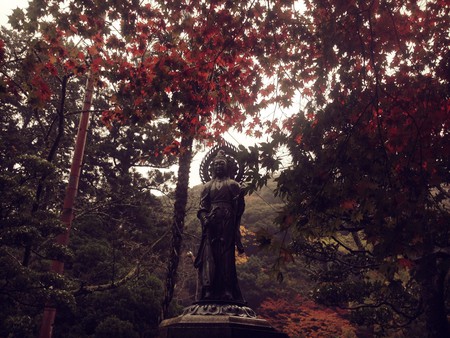 The one thing on everyone’s mind this time of year is koyo, the kaleidoscopic color changing leaves that blanket the Japanese landscape in the fall. You may think there isn’t much greenery to turn crimson and gold in Osaka, but this city has everything! Technically, the best leaves are outside the city limits – but still in Osaka Prefecture! – at Minoo Park. In less than 40 minutes from the city center, you can meander through fall foliage, behold breathtaking waterfalls, and sample tasty fried maple leaves. Yes, they actually taste good, but if you need something to wash them down with, the Minoh Beer Warehouse is only a short walk away.

This is a magical time in Osaka. Illuminations start to appear all over the city, turning it into a vibrant winter wonderland. From lights decorating the trees that line Midosuji, one of Osaka’s main thoroughfares, to the Osaka Hikari Renaissance, the festive atmosphere is inescapable. There’s an annual Christmas Market at the Umeda Sky Building (mentioned above). Most people ring in the New Year with their families at home, but if you’re really hardcore you could join the thousands who line up to pray at Sumiyoshi Taisha (also above) at midnight.

When not to go to Osaka

The least exciting months are probably February, June, and September, considering there are few significant festivals and holidays, and/or the weather isn’t ideal. However, if you’re looking for a cheap trip, visiting during one of these months may be your best bet. There’s always something going on in this lively city, so it’s hard to go wrong.