What is the Ancient Religion of Shugendo? 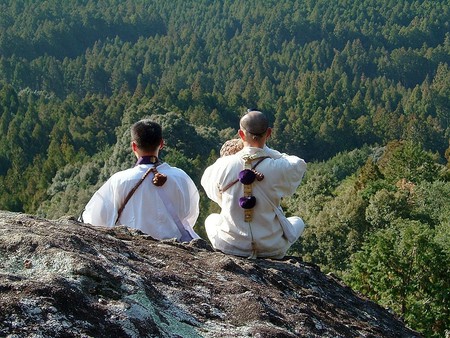 Shinto and Buddhism are the religions most commonly associated with Japan, but the nation has inspired many spiritual practices during its long history. Learn about Shugendo, an ancient Japanese ascetic tradition meaning “the way to spiritual power through discipline and training.”

Shugendo was founded during the Heian Period (794-1185 CE), an era when classical literature and art flourished in Japan. During this time, Buddhism, a foreign religion from China, was embraced by the nation’s influential imperial court, as were many art forms still revered in Japan and worldwide, such as haiku and the novel. This emergence of organized religion and literacy paved the way for Shugendo.

Shugendo is a syncretic religion, a fusion of existing practices and traditions. It was inspired mainly by esoteric Buddhism, Taoism, and local shamanistic and folk religions, like what has become modern day Shinto. Today, Shugendo is practiced most closely alongside Buddhism and is primarily associated with the Tendai and Shingon sects.

Though the exact circumstances of the religion’s creation are unknown, it is attributed to legendary mystic En no Gyoja. An ascetic monk and apothecary, not much is known for certain about En except that he was wrongfully banished by the Japanese imperial court in 699 and allegedly had supernatural powers. According to some tales, he flew to Mt. Fuji every night to train and worship. 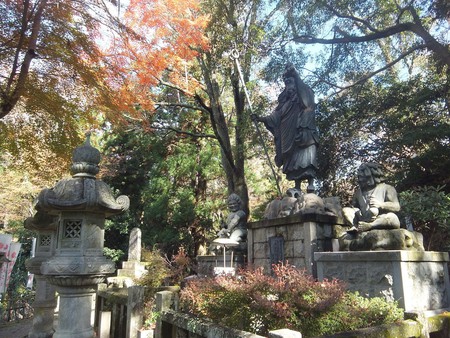 A statue of En no Gyoja in Nara. | © WolfgangMichel / WikiCommons

As En did in his lifetime, the Shugendo religion focuses strongly on asceticism and mountain worship. These are present in Buddhism; however, since En no Gyoja’s time, Shugendo practitioners have taken these practices to another level, undertaking rigorous training and subjecting themselves to very strict diets.

These devout Shugendo followers are called yamabushi, meaning “one who prostrates on a mountain” or “mountain priest.” These were once hermits who lived in the mountains and underwent intense training. Yamabushi would sit under waterfalls as a way to practice endurance and meditation, and they trained in martial arts as well, often fighting along samurai and becoming known as great warrior priests. While some still continue to live this way in modern times, the term yamabushi has now come to describe any follower of Shugendo. 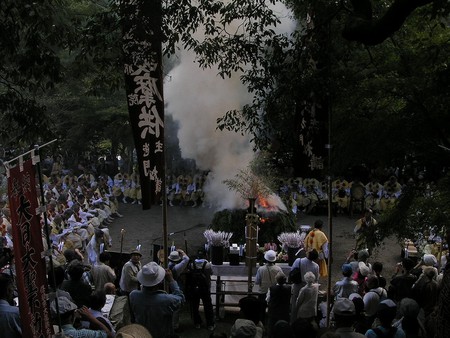 Modern-day yamabushi gather once a year to celebrate their tradition. | © 南無観自在 / WikiCommons

Shugendo has thrived, albeit quietly, for hundreds of years, yet its existence was threatened in the 19th century. Under the Meiji Era (1868-1912 CE), when reformations rapidly transformed Japan from an agricultural, feudal state to an industrial nation influenced by technology and culture in the West, it was banned entirely in 1872. Many Shugendo sites and symbols were removed or destroyed. Buddhism wasn’t banned, but it was formally separated from Shinto, which overshadowed it as the “official” religion of the nation at the time. This was in order to strengthen the country’s imperial line, which traced its lineage to the Shinto sun goddess, Amaterasu.

However, at the end of World War II the divine power of the emperor was revealed to be a fabrication, and the role was reduced to a mere figurehead. Religious freedom was allowed in Japan, and the practice of Shugendo went through a resurgence. Today, the religion is practiced by many, and some of the most sacred sites can be visited on the famous Kumano Kodo hiking trail.