What Happens At A Japanese Shrine Festival 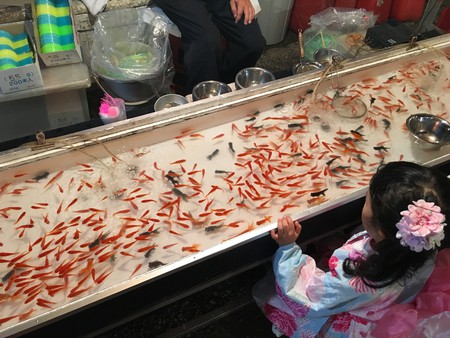 Aside from the national celebrations such as New Year’s, Tanabata and Obon, Japan hosts thousands of smaller, local Matsuri (festivals or holidays) each year. These local festivals can usually be traced back to historic Shinto rituals or harvest celebrations. A common type of festival is organized by shrines. They have many things in common with secular festivals like the sakura and koyo celebrations, but there’s a special atmosphere to a shrine festival.

Mikoshi are small, portable shrines. They act as palanquins to transport kami (divine spirit or god). On the day of a festival, the local kami are invited into the mikoshi and paraded up and down the streets. The revelers who carry the mikoshi wear traditional clothing and perform chants to keep energy levels high. Most shrines accept volunteers to help carry the mikoshi. It’s an unforgettable experience that really immerses you in the local culture. The time of the mikoshi parade depends on the shrine and is usually posted on their website, if they have one. 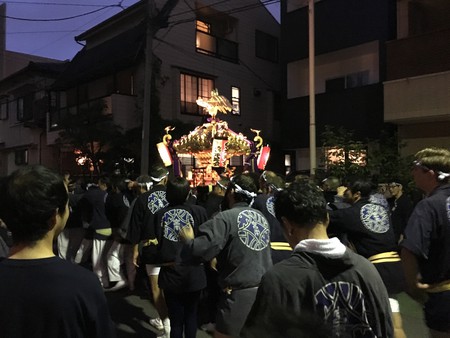 Eating is one of the main events at a matsuri. During the festival, vendors are set up all around the shrine grounds and sometimes the surrounding vicinity. They sell traditional snacks, from baked sweet potatoes and takoyaki to newer additions, such as chocolate-dipped bananas and character lollipops. Sometimes the festival is all about celebrating a particular crop, like chestnut festivals in autumn. 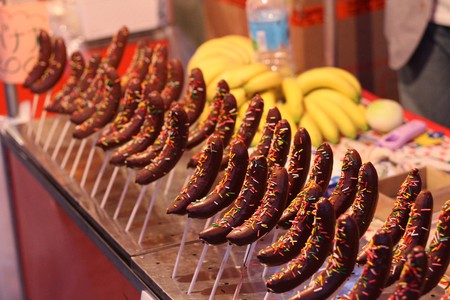 Traditional festival games can be found interspersed among the snack vendors. An example of this is goldfish scooping. The game master provides a delicate paper ‘net’ to scoop the goldfish into a bowl. Once the net breaks, your turn is over. The player gets to keep any goldfish they catch. An unusual variation on this game is played with mini turtles. Other carnival-style games, like ring toss and target practice, can be found, too.

Small trinkets, stuffed toys and other souvenirs can be bought at matsuri. Many are edible, while the toys, masks and other goods often appeal to young children. They include stuffed toys of popular cartoon characters and plastic masks depicting animal faces. 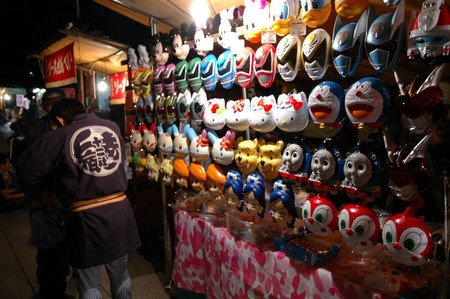 Many shrine festivals include a special performance, like a dance, play or athletic event. Other times the cultural performance is the main event. These usually, historically, coincided with the festival until they became part of the celebration itself. For example, the Nezu Shrine Autumn Festival is famous for its sumo matches which last long into the afternoon and include prizes for the winners. 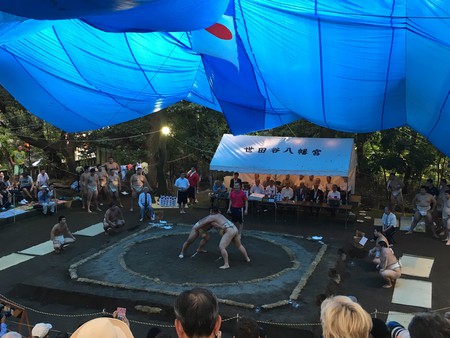 Many people come to pray at the shrine even on the day of the festival, once the kami has returned home. Because of the festive atmosphere, security might be on hand to ensure people entering this sacred part of the shrine are there for the sole purpose of prayer. 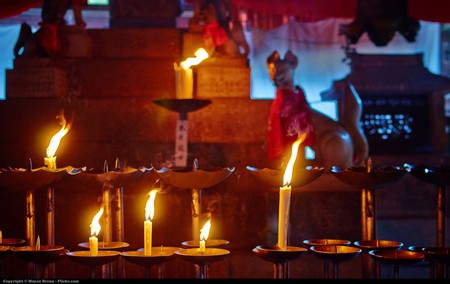 Fujimi Inari Taisha in Kyoto | © Moyan Brenn/Flickr
Give us feedback