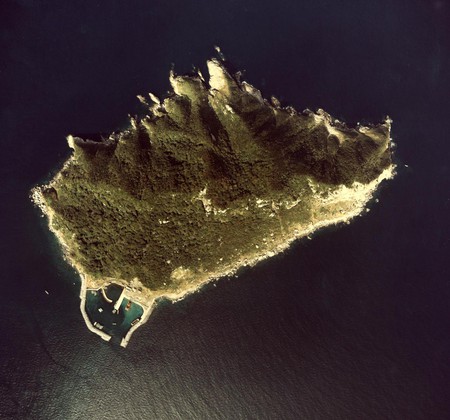 A tiny, remote island off the coast of Fukuoka Prefecture in southwestern Japan has been nominated for UNESCO World Heritage status. To this day, Okinoshima Island is subject to strict religious taboos, so much so that no woman has set foot there for hundreds of years.

What is Okinoshima Island?

Okinoshima Island was one of five historic and culturally significant sites in the region nominated for UNESCO status. But while the others have been set aside for further scrutiny, this ancient isle remains in the running thanks to its archaeological significance. More than 120,000 treasures and religious artifacts have been uncovered here.

The entire island is actually the Munakata Taisha Okitsu-gū, one of three sacred shrines honoring the three Munakata goddesses. These daughters of Amaterasu are the guardians of the ship route from Japan up through the Korean Peninsula, near where Okinoshima is situated. People prayed here for safe passage through these seas. The whole of Okinoshima Island is viewed as sacred land. Men not only have to go through a cleansing ritual before entering, but women are not allowed to set foot on it at all.

Okinoshima is not the first religious site in Japan, let alone the world, to ban women. Mount Sanjō, part of Mount Ōmine in Nara, for example, still maintains its ban on female visitors. When the sacred mountain was awarded UNESCO World Heritage site status, many were angry with the organization for what they saw as support of an unfair sexist practice. Despite attempts to have the ban lifted, it remains in place today. So far, no legal action has been taken against female trespassers to Mount Sanjō because the ban is not law.

Supporters believe that the ancient religious traditions banning women must be respected. But no one can pinpoint exactly what these traditions that have led to the ban on women, here and on Okinoshima Island, might be. According to Shinto creationist belief, it was the Sun Goddess Amaterasu who gave life to the world and to whom the Emperor is directly descended. And so before the 8th century, women in Japan were associated with fertility and motherhood, and they enjoyed the respect this brought them. It wasn’t until the Heian Period, when patriarchal Confucianism and Buddhist beliefs about women’s uncleanliness and impurity were introduced, that women began to be excluded from religious ceremonies. 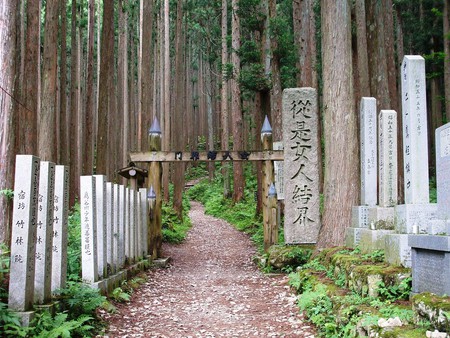 The entrance to Mount Omine in Nara | © Mass Ave 975/WikiCommons

If Okinoshima does make it onto the UNESCO World Heritage List, tourism will be difficult to deal with. First of all, religious officials have stated that they will continue to honor the men-only rule even if the island makes it through the vote. And that’s the easiest rule to abide by. Tourists will be unlikely to properly comply with the island’s rule against taking any keepsakes, even dirt, from the sacred island. Photography, the bread and butter of modern tourism, is forbidden, as is discussing your visit with anyone once you leave.

Like Mount Sanjō, it will be impossible to legally enforce a rule banning women from the island. Taking this into consideration, it seems likely like that Okinoshima will focus on developing a peripheral tourism industry, focusing on nearby towns and possibly tours around the island by sea.