Welcome to Huis Ten Bosch, the Dutch Theme Park in the Middle of Japan 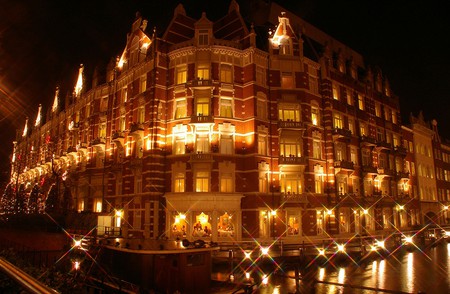 From music and fashion to food and drink, the Japanese have long been enamored with foreign things. Coupled with the ability to masterfully copy – and often improve upon – concepts and designs from other countries, many of these products are now more strongly associated with Japan than their country of origin (see: Kit-Kat). Huis Ten Bosch, a theme park in Nagasaki prefecture, takes this to the next level: park designers have built an entire town inspired by a residence of the Dutch Royal family, complete with full-size replicas of old Dutch buildings, windmills, and restaurants.

Twice the size of Tokyo Disneyland, the park is split into two areas – the Theme Park Zone and the Harbor Zone, both of which feature a number of free and paid attractions. For 6,900 yen (about US$65), visitors can purchase a ticket allowing unlimited entry to most attractions, while 4,400 yen (about US$40) allows admission to the park, but doesn’t cover additional costs. Alternatively, a 1,000-yen (

The largest of the two areas, this is where most of the park’s attractions and special events are held. All of the architecture is designed to give visitors the feeling of walking through the center of an old Dutch town. Featuring a theater, haunted house, Ferris wheel, mirror maze, tower observation deck, and various European-inspired cafés, hotels, and restaurants, there is something for just about every type of traveler.

The Harbor Zone features a beautiful seaside view, a replica of the original Palace Huis Ten Bosch, an art museum, and various restaurants, cafés, and bakeries. Though not as big and bustling as the Theme Park Zone, it is still worth checking out if time and money are limited.

There are four hotels in the park: Hotel Europe, Hotel Amsterdam, Hotel ForestVilla, and Henn-na Hotel. Hotels Europe and Amsterdam are designed and serviced to provide guests with the experience of staying at a traditional hotel in Western Europe. ForestVilla is a group of small cottage villas built on a lake surrounded by lush greenery, meant to recreate the experience of staying in the Dutch countryside. Henn-na Hotel is a modern hotel built with energy efficiency in mind, ideal for the environmentally conscious traveler.