Watch Windsurfing Down the Mountains of Rishiri Island, Japan 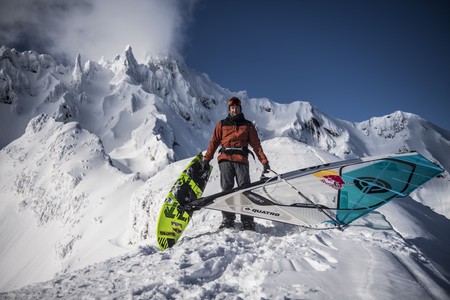 Windsurfing usually involves water, plenty of wind, and if you’re good enough, waves, but one man has taken his board to greater heights and to water of a whiter, colder and firmer variety.

Levi Siver, an Idaho native who moved to Hawaii to be closer to the ocean, took to the snow-capped mountains of Rishiri Island in Hokkaido, Japan to try his hand at windsurfing his way down.

The 36-year-old is considered one of the best freestyle windsurfers in the world, famous for his style and aerials. He took time out of his normal day-to-day life on the world’s waves to head to Rishiri Island, which sits at the northwest tip of Japan’s most northern major island, Hokkaido. 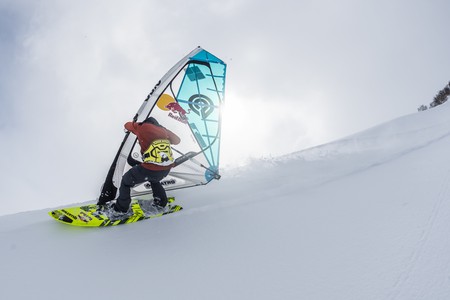 Of the relationship between the mountains and ocean, Siver explained, “What mountains and the ocean have in common is their unpredictability. The scenery is truly beautiful, but also extremely dangerous and the conditions change everyday. The idea for this project stemmed from the vision that we could transfer the elements of windsurfing onto a mountain and create the same exhilarating experience the surfer gets on the water. I’m always trying to find ways to challenge myself, but this project really sparked my curiosity.”

Siver, a fan of windsurfing and snowboarding, said the idea was born out of discovering whether he could combine the two sports together. The project took 20 days to film.

Within that, an average day of filming took seven hours, but a large chunk of that had very little windsurfing involved. To ride down a mountain requires getting to the top, so two hours hiking were first and foremost. Then, unlike skiing or snowboarding, came the small matter of waiting for the right wind. Some days involved a three-hour wait in -13 degrees Celsius. 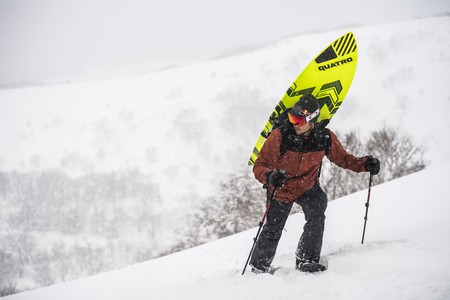 Siver hikes Rishiri Mountain with his board strapped to his back. | © Red Bull Content Pool

“I wanted to be the first person to try alpine windsurfing on a finned board,” Siver said. “Using a snowboard would actually be optimum for performance, but I really wanted to recreate that unique sensation of windsurfing and to do that I need to make a board somewhere in between a snowboard and windsurfing board.

“The board has the rail and fin you need for surfing and there are no bindings. It has straps and its ridden with surf boots so on the drop in you get the same feeling as when you’re windsurfing. But you’re looking down on a mountain, not the ocean.”