What Type of Classic Anime Character Are You? 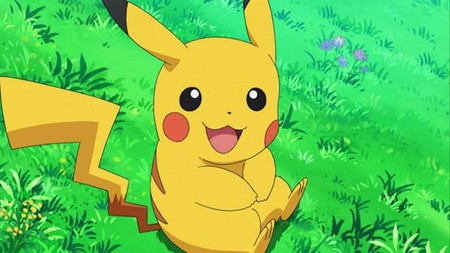 As a species, our search for identity and a sense of belonging can be an arduous process at the best of times, but what would happen if we were to use the prism of Japanese animation as a means to discover more about ourselves? Which of the well-known animated personalities listed below best matches your personality?

The PSL is non-gender-specific and is always the protagonist in any slice-of-life anime (Silver Spoon, Maison Ikkoku, etc). While not especially exceptional in either looks or skills, they nonetheless come equipped with – or later discover – enough drive and determination to see them through tricky life situations and analogous scenarios that sum up the human condition. Will they be able to bake enough muffins for the high-school summer festival and win the approval of their crush on the volleyball team while also mending bridges with a disapproving salaryman father? Tune in next week to find out!

Shonen Hero is either a) big of hair or b) barrel-chested (and very often both), able to effortlessly kick the arses of multiple baddies at the same time until he meets one particular baddie who kicks his arse, in which case he has to go away for a bit and sort himself out before coming back to counter-kick some more arse and thus save a bunch of needy, useless villagers. Tough yet tender, they are also usually good with kids and have some sort of fondness for a particular type of food or beverage (ie Naruto’s obsession with ramen).

Our beloved TP is high-maintenance to a fault, often barking orders at anyone in the vicinity for not being able to satisfy her shopping list of unreasonable demands. She is always right about everything and will repel any attempts to woo her as pitiful. However, do not mistake her for a coward. When backs are against the wall, she will almost certainly step up and beat the living crap out of anyone giving her or her peers a hard time, even if it’s just to prove a point about how awesome she is while everyone else around her is pathetic.

Remove Tsundere Princess’s ego and you are left with the divine feminine of TNSH, a steely figure who can lay waste to entire battlefields while maintaining perfect poise and composure at all times. She favours deeds to words and is almost always bailing out the Unlikely Saviour (see below) when it suddenly transpires that they’ve bitten off a lot more than they can chew. And even if she doesn’t win the day, she will leave enough almighty destruction in her wake to ensure that her name lives on forever.

Usually male and non-conversational almost to the point of being mute, the Ice-Cold Killer is only concerned with one thing: wiping the floor with others, be they human or otherwise. They will do this however they see fit, and it doesn’t mean they have to play nice while doing so. Unlike the Shonen Hero, they are strictly out for themselves and prefer to work alone. Occasionally, however, their icy demeanour is waiting to be melted by some sort of doe-eyed love interest who will die poignantly in their arms shortly before a final confrontation.

Falling over a lot, witty quips and comical naivety are all the hallmarks of KLR, who is usually cute as a button with a heart of gold but a less-than-firm grip of what the heck is going on. But it doesn’t matter! They see the world through different eyes and can thus provide much-needed perspective and a thinking-outside-the-box solution when the Shonen Hero or Take-No-Shit Heroine reaches an impasse. Only love can truly save the day!

Mascot-chan exists mostly as an merchandising opportunity or revenue source for various Japanese companies, but they are an indispensable entity whose near-unbearable cuteness is the ideal foil to the grit and vigour of the protagonist. They won’t do much more other than exist and look well-designed (complete with a highly marketable catchphrase) but no light-hearted kids’ romp is complete without them, and they will be a familiar sight on the backpacks of children up and down the nation.

So-called because they are just waiting to go nuclear. A young man, often in his teens, who is usually the victim of bullying, an uncaring family or intense sexual frustration. Pushed too far, Nuclear Boy will use his fractured id to transmutate into a super-powered entity capable of destroying an entire city, and possibly the whole planet while they’re at it. Often defined by a crap hairstyle which will then do an Einstein and go all sticky-uppy as a visual metaphor for how much they’ve changed. Nuclear Boy often sums up the duality of good and evil, as they can use their powers either way. Whichever team they’re playing for, you usually don’t want to be in the same room when it all kicks off.

Like Nuclear Boy, but of no fixed gender and also a lot more mentally stable, the Unlikely Saviour comes from humble beginnings only to have greatness thrust upon them early in the narrative. Leaving behind the life they once knew (or making comedic attempts to incorporate it into their new existence), they embark on an epic quest to rid the world/galaxy of evil, but there is still homework to be done or some sort of totemic home comfort that symbolises their journey’s end. Plus they really like their cat.