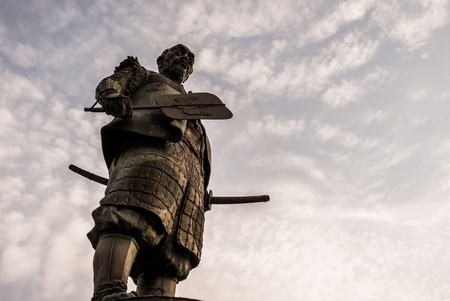 During Japan’s most violent period of political and social upheaval, one man rose from the ranks of footsoldier to become the leader of the nation’s warring clans. Learn how Toyotomi Hideyoshi, a powerful strategist and shrewd negotiator, managed to bring peace to a place where such an idea once seemed impossible.

A period of constant warfare

Today, many people might think of the Japanese as a cooperative culture made up of a largely homogeneous population. Yet, this concept of shared solidarity was once quite foreign. During the Sengoku Jidai, often translated as “the Warring States Period,” the Japanese were constantly at war with each other. Between 1467 and 1603, the archipelago was populated by aggressive warrior clans ruled by daimyo, local feudal lords who owned land… and samurai. These clans often fought each other to gain more land as well as influence over the merely symbolic rulers of Japan – the emperor and the shogun. This period was also marked by numerous farmer and peasant uprisings, as they were furious over the excessive debt and taxes forced upon them.

A powerful daimyo named Oda Nobunaga campaigned to unify Japan at the end of the 16th century. He managed to conquer most of Honshu, the main island of Japan, by brutally defeating any and all of his opponents, so his goal seemed attainable.

From humble origins to powerful ruler

Enter Toyotomi Hideyoshi, a man whose leadership skills and authoritative prowess helped him rise to become one of Nobunaga’s three right-hand men. Though Hideyoshi rarely talked about his past, it is known he was originally the son of a peasant soldier who had no surname. Yet by 1567, he was commanding entire armies and winning battles on Nobunaga’s behalf. 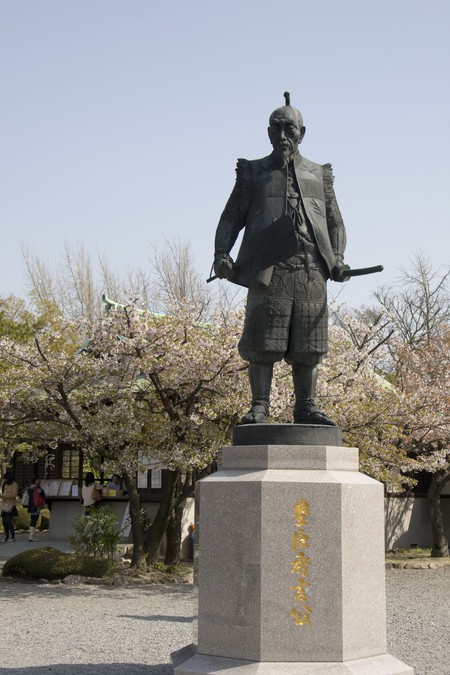 An intimidating statue of Hideyoshi in Osaka | © Chris Gladis / Flickr

After Nobunaga and his oldest son were assassinated in 1582, Hideyoshi avenged their deaths in the Battle of Yamazaki and made peace with a rival clan. This helped solidify his status as a prominent member of the Oda clan. This position was contested by many of his rivals, including Nobunaga’s surviving son and Tokugawa Ieyasu, but after a few dead-end battles, Hideyoshi instead managed to make peace with his enemies. After finally defeating and conquering the remaining warrior clans, Hideyoshi’s authority could no longer be challenged by anyone in the nation.

The unification of Japan

Many of Hideyoshi’s successes followed a series of very strict edicts that brought about peace, albeit in very dramatic if not violent ways that remain controversial despite their effectiveness. First, he banned Christian missionaries from the country and had many converts publically executed. Second, he conducted a massive “sword hunt” (katanagari), which called for the confiscation of any weapons owned by the common people. He allowed only samurai and nobles to possess arms in order to prevent more peasant uprisings, which was successful. The confiscated weapons were supposedly melted down to create a giant Buddha statue. His influence declined later in life, especially after he unsuccessfully tried to invade Korea…twice.

However, Hideyoshi’s efforts led to widespread peace and the relocation of Japan’s capital to modern-day Tokyo, which Tokugawa Ieyasu established after he became the nation’s ruler following Hideyoshi’s death in 1598. Hideyoshi also built Osaka Castle, a once formidable stronghold and still a beloved visual staple of Japan’s third-largest metropolis. Today, the castle is a life-sized replica of the original and houses a museum dedicated to Hideyoshi’s life and work.