The Most Famous Dishes For Adventurous Foodies In Okinawa, Japan

Many Okinawan dishes have great influences from Chinese, Southeast Asian and American cuisine, and are distinct from typical Japanese cuisine due to the area’s tropical climate and a history of US military occupation. The island’s food is also famous for its healthiness, which comes as no surprise; Okinawa’s residents are known for having the longest life expectancy in the world. Read on to discover seven simple-yet-delicious Okinawan dishes that may play a pivotal role in the locals’ longevity. 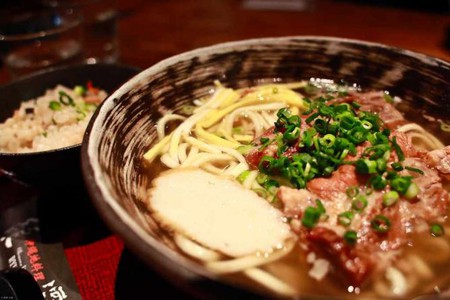 Think pork spare ribs are only for barbecue? Think again! Okinawans have always stewed pork ribs for long hours to make the meat fork-tender. There are two different types of soki; honsoki with bones on and nonkotsu soki, boneless with the cartilage attached to the meat. Soki is often served with soba (Japanese buckwheat noodles) to make a delectable variation of the famous Okinawa noodle soup. It is also cooked with kombu (edible seaweed) and daikon (Japanese radish) in a soup called sokijiru. 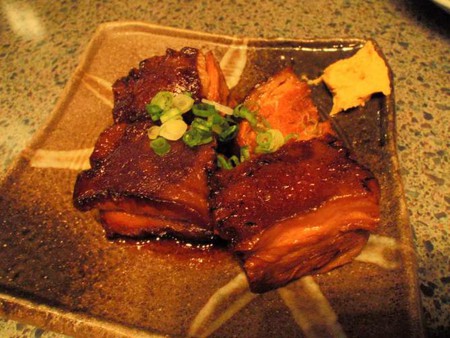 Another pork stew dish is rafute, consisting of succulent pork belly slowly simmered in the local wine, Awamori and soy sauce. Although surrounded by the sea, Okinawa is better known for its pork than for its seafood. This pork belly dish originates from China and was a part of the Ryukyu kingdom’s royal courts for over 400 years. Rafute is soft enough that you can easily break it off. As soon as you take a bite, the meat melts in your mouth. This dish is a favorite among many Okinawan women as it is rich in collagen, a form of protein that enhances beautiful skin. It is also rumored to prolong human life if enjoyed in moderation. 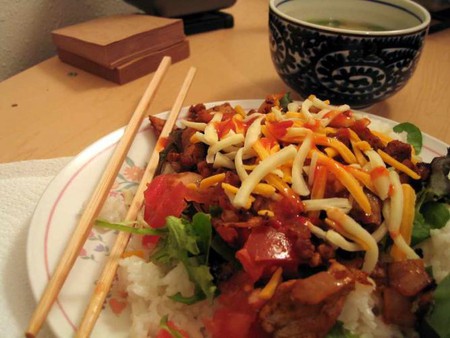 What’s it like to eat a taco without taco shells? A bowl of taco rice consists of ground beef seasoned with soy sauce and chili powder over steamed rice and topped with salsa, tomato, shredded lettuce and cheese. Invented in the 1980s, this fusion dish of Tex-Mex and Japanese cuisine was popular among American soldiers stationed in Okinawa. Nowadays, taco rice is a cheap and filling dish. Locals also love their taco rice ball; rice, meat and cheese are combined and mixed in a batter, then deep fried and served with salsa or ketchup. You can also try other variations such as taco rice with sea snake, taco dog (hybrid version of taco rice and hot dog), taco egg roll and taco curry. 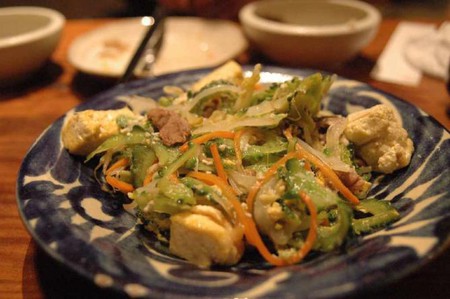 Literally meaning “something mixed” in Okinawan language, the dish is not just a concoction of meat and veggies but it also displays a mixture of different cultures; Japanese, Chinese and Indo-Malay. No wonder champuru is considered the defining dish of melting pot Okinawa. There are various kinds of champuru, depending on which ingredient is added into the stir fry. The most popular is goya champuru including goya (bitter melon), pork, bean sprouts, tofu and eggs. Other variations include fu champuru (with pieces of wheat bran), mamina champuru (with mung beans) and somen champuru (with thin noodles resembling angel hair pasta). 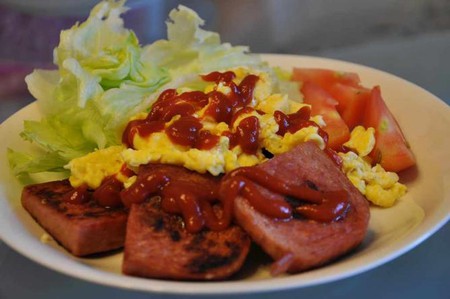 Introduced to Okinawa by US navy soldiers, this canned precooked meat product has been integrated into the island’s local cuisine. Spam sometimes replaces pork in the goya champuru dish. Okinawans also use Spam in typical Japanese dishes such as miso soup, rice balls or rolled sushi. Like in many countries, this American canned product has several variations in Okinawa including Spam with garlic, Tabasco flavor and white lean turkey. 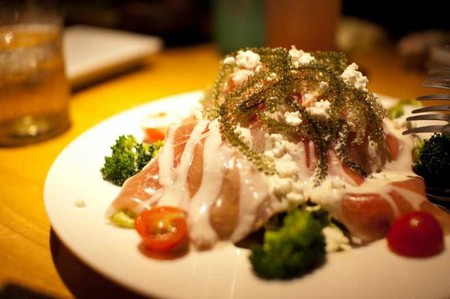 Found exclusively in Okinawa’s deep sea, this seaweed dish literally means “sea grapes” in Japanese due to its similarity to a string of tiny green grapes. Umibudo has a snappy texture as it pops in your mouth and releases a salty liquid. The most popular way to eat this “green caviar” is to dip it into soy sauce or vinegar. In many restaurants in Okinawa, umibudo is added to salads, used as a fresh garnish for sashimi or as topping for rice and noodles. On hot summer days, you can also enjoy umibudo ice cream for dessert. High in minerals but low in calories, umibudo is considered by Okinawan residents as being “longevity seaweed”. 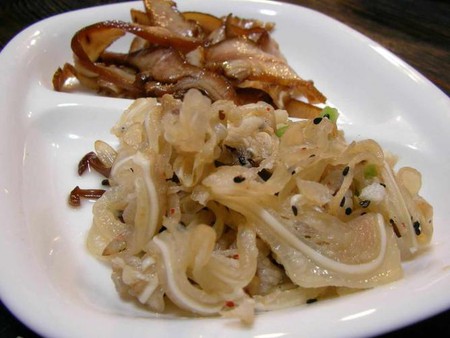 Okinawans have a saying that “every part of a pig can be eaten except for its hooves and its oink.” Mimiga, a crunchy side dish made of pig’s ear proves the veracity of this local truism. Yet you need not worry about having to consume a whole pig’s ear. The dish is normally served thinly-sliced, boiled or steamed in vinegar and served with mayonnaise, ponzu sauce or peanut dressing. Mimiga is a dish that perfectly complements the Okinawan wine Awamori and local beer Orion. If you’re planning to try some Okinawan food in Japan soon, we’re all ears to hear your experience!