Thanks to renowned avant-garde designers such as Rei Kawakubo, Issey Miyake and Yohji Yamamoto, Japanese fashion has a reputation for being radical and extreme. But elegant lines from the likes of Tadashi Shoji and Yu Amatsuand also lend a subtle femininity to the scene. Culture Trip charts iconic names along with the new wave of Japanese fashion brands of note. 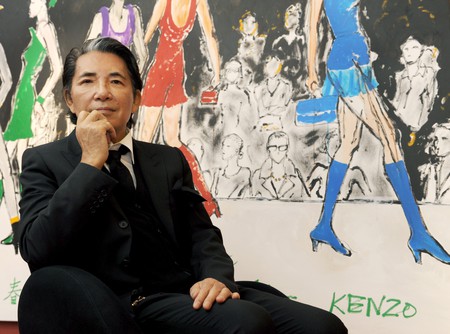 The late Kenzo Takada will be forever remembered as the visionary behind international fashion powerhouse Kenzo. His chaotic, colourful designs famously featured jungle print and cultural dress inspired by his travels – be it folk costumes or kimonos. After moving to France in 1965, Kenzo became the first Japanese designer to make a name on the Paris fashion scene, with his runway debut in 1970. From humble beginnings in womenswear, the designer expanded into the men’s market, fragrances and homeware. 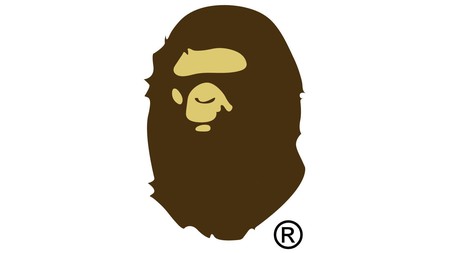 If you love hip-hop, you’ll probably know Nigo. His Bathing Ape (BAPE) men’s streetwear label has been worn by stars including Kanye West and the Notorious B.I.G. and is known for its logo-heavy designs and iconic Ape motif. His most famous pieces include limited-run camouflage print hoodies and the BAPESTA sneaker. After leaving BAPE in 2014, Nigo now runs the Ice Cream and Billionaire Boys Club streetwear brands with Pharrell Williams and is a music producer and DJ for Japanese group the Teriyaki Boyz. 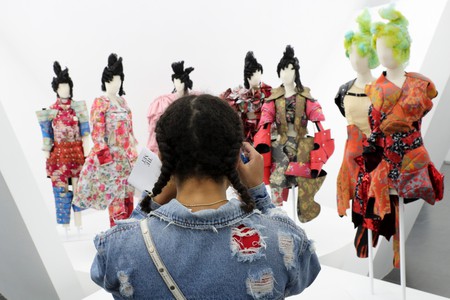 Revolutionary, award-winning designer Rei Kawakubo is the brains behind the Comme des Garçons (CDG) label, which literally means ‘like boys’. A self-taught genius, Kawakubo rejects traditional concepts of feminine beauty, instead creating comfortable, oversized and asymmetrical designs – there’s not a stiletto or miniskirt in sight. Her work shocked critics on the Paris runway in 1981 and is now sold across the world. As if that isn’t enough, she has published a fashion magazine, Six, and has also designed for high street brands including H&M. 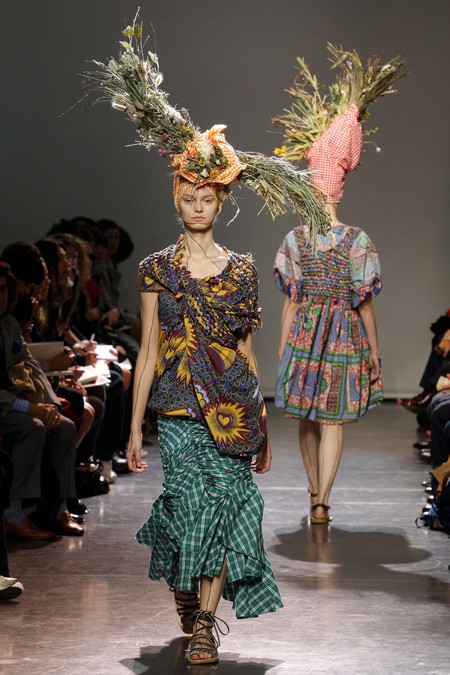 Junya Watanabe started his career as an apprentice pattern-maker at CDG and became owner Rei Kawakubo’s protégé. The designer quickly established himself as an avant-garde talent with a flair for pattern manipulation, conceptual designs and innovative cutting techniques. Watanabe presented his first collection to great acclaim at Paris Fashion Week in 1993 and now produces four major international shows a year. As well having his own namesake label at CDG, Watanabe has collaborated with Converse and Puma in recent years. 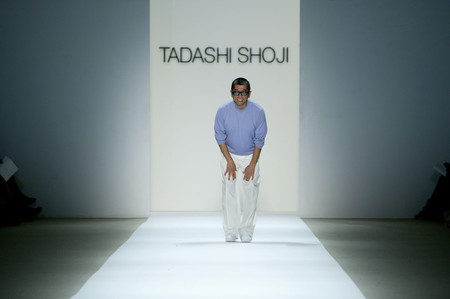 If elegant evening womenswear is your thing, check out Tadashi Shoji. The designer works from a belief that all women should feel confident, regardless of their size and shape. Using techniques such as draping and ruching, as well as plenty of tulle and stretch jersey, his designs make their wearers feel fabulous. Shoji’s evening and bridal collections can be found in over 700 stores worldwide and he has designed for New York Fashion Week, plus famous names including Michelle Obama and Kate Hudson. 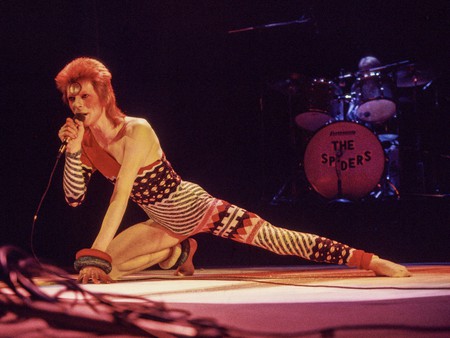 Remember David Bowie’s striking Ziggy Stardust costumes? They were designed by the late Kansai Yamamoto, who revelled in creating bold pieces that incorporated traditional Japanese designs. Yamamoto’s career really skyrocketed after a smash debut at the 1971 London Fashion Week and he continued to grace international runways until the ’90s. As well as Bowie, he has dressed Elton John, Stevie Wonder and Lady Gaga – and he even turned his hand to transport, designing the streamlined Skyliner train in Tokyo. 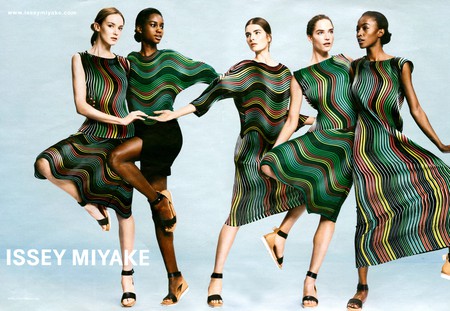 Although famed for his L’eau d’Issey fragrance, Issey Miyake is also a huge name on the haute couture fashion scene. His work, which launched in New York in 1971, explores the relationship between the body and the cloth that covers it, featuring his typical layered, wrapped look. Now retired, Miyake is known for his signature collections such as Pleats Please and more mainstream work like the Bloomingdale’s line of East Meets West T-shirts, dyed with Japanese tattoo designs.

Award-winning designer Hanae Mori has broken barriers in the Japanese fashion world. She is one of only two Japanese women to have had collections on the Paris and New York runways. Following a career making costumes for Japanese films, Mori turned her hand to haute couture after visiting Paris’s Coco Chanel store in the ’60s. Her work combines Japanese flowers and motifs with western couture techniques and is sold across the world. Other claims to fame include costume designs for Evita and Madame Butterfly.

Street fashion icon Jun Takahashi is best known for his cult Japanese label Undercover. Takahashi founded the brand with Bunka Fashion College classmate Nigo in 1993 and produced his first show at Paris Fashion Week in 2002. His popular activewear for both men and women features obscure culture references and is influenced by the punk scene, featuring ripped T-shirts and leather jackets with patches. High-profile Takahashi collaborations include Nike, Uniqlo, Supreme and Valentino. 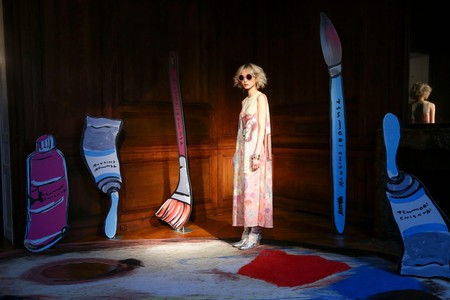 Tsumori Chisato cut her teeth in the fashion world working as an apprentice to Issey Miyake on his sports line. It wasn’t until 1990 that she branched out on her own, creating a label focused around bright, colourful dresses and bags. Many of her fun prints are hand painted and inspired by modern art, cats and Japanese culture. Chisato’s most popular designs showcase luxurious textiles, embroidery and beading, and are sold across the world – she’s also won the sought-after Mainichi Newspaper Award.

If you have even a passing interest in Japan’s streetwear scene, chances are you’ve come across enigmatic sk8thing. The iconic local designer behind the brand, Shinichiro Nakamura, has worked with some of the biggest names in streetwear, including BAPE, Pharrell’s Billionaire Boys Club, NEIGHBORHOOD and Undercover. He’s kept a low public profile throughout his career – but in recent years has stepped out to create Cav Empt with British collaborator Toby Feltwell. The skate brand is stocked around the globe.

Nicola Formichetti, the former stylist of singer Lady Gaga, has got a few strings to his bow. He’s an award-winning fashion designer, the artistic director of Diesel, fashion director for Uniqlo and Vogue Hommes Japan, as well as a contributing editor to a number of leading fashion magazines. His former designs for Mugler were reminiscent of Lady Gaga’s style, with plenty of latex and off-beat pointed shoulders, while his work for Diesel focuses on streetwear. As for his personal eclectic style, it’s a result of his diverse upbringing in Japan, Italy and England.

Shinsuke Takizawa, founder and creative director behind NEIGHBORHOOD, has a special knack for reimagining and elevating classic staples. Since the brand’s 1994 inception, Takizawa has blended workwear and streetwear to become one of the biggest and most sought-after brands on Japan’s high-end and streetwear scenes. The designer has a penchant for old school Americana and military uniforms – look for references throughout his designs. 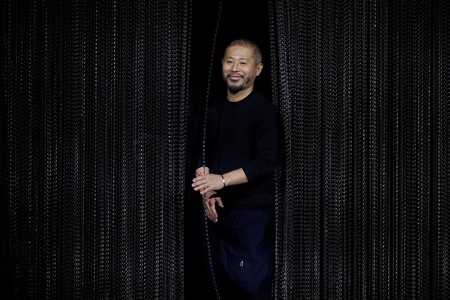 Yoshio Kubo spent four years as an assistant designer for Robert Danes in New York before returning to Japan to launch his own eponymous label in 2009. The designer encourages people to think critically by incorporating social themes into his pieces: some of his earliest collections were inspired by Los Angeles gangland style and featured sporty bandannas and aquamarine colours. He’s also known for presenting his collections with unusual make-up and hair style choices, such as sturdy helmet-like wigs.

After studying design in Tokyo, Yu Amatsu moved to New York in 2004 to work as a pattern maker for brands including Marc Jacobs and Jen Kao. Amatsu launched his own brand, A Degree Fahrenheit, in 2010, focusing on wearable designs that feature creative draping, unusual silhouettes and intricate details. The designer is also known for his partnership with renowned Japanese fashion house Hanae Mori, where designs have included butterfly motifs printed on classic shorts, jackets and shift dresses. 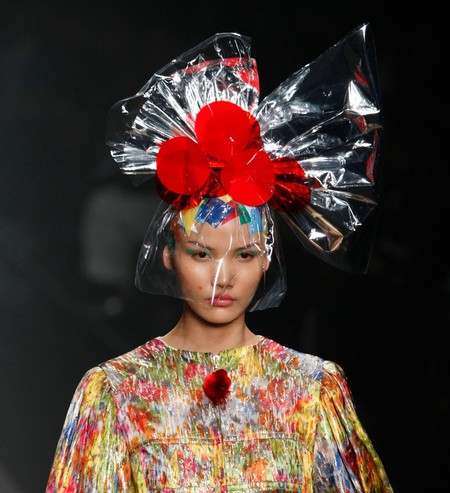 Toshikazu Iwaya, the designer and founder of Dress Camp, has a reputation for being ahead of trends with his glamorous and flamboyant men’s and womenswear. His brand is known for its flair, colour and couture-like details, often drawing on references from bygone eras. Iwaya graduated from the Bunka Fashion College in Tokyo and started out with At One printing textiles in 1996, before launching Dress Camp in 2002 and debuting at Tokyo Fashion Week in 2003.

Hiroshi Fujiwara is a multi-hyphenate creative, working as a musician, producer and fashion designer. The designer, who is billed as the overlooked father of Japanese streetwear, spearheaded skate culture in Japan and inspired many of the big-time designers we see today, including Nigo and Jun Takahashi, who both worked under Fujiwara when they were younger. It’s said that Fujiwara first fell in love with hip-hop and the streetwear scene on a trip to the USA in 1980s.