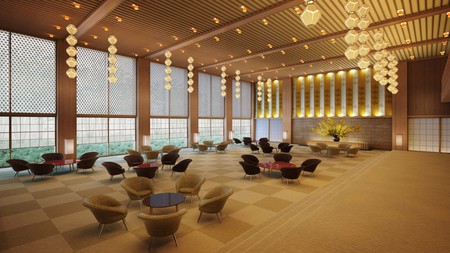 Tokyo’s iconic 1960s Hotel Okura is to be rebuilt by the original architect’s son ahead of the 2020 Olympics. Famous for its legendary lobby that appeared in a James Bond movie, the new hotel will combine cutting-edge design with traditional Japanese aesthetics.

If you’ve watched the 1967 film You Only Live Twice, you may recall the scene in which James Bond (Sean Connery) engages in some “serious drinking” in the ‘Bamboo Bar’ in Hotel Okura. 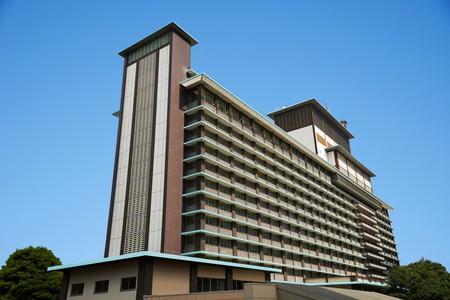 A beacon of cutting-edge design back in the 1960s, the low-lying Modernist hotel was designed by architect Yoshiro Taniguchi, who also worked on the expansion of New York City’s Museum of Modern Art in the 1990s. Hotel Okura has since become a Tokyo landmark, with its legendary lobby welcoming some of the 20th century’s most esteemed royals and political leaders.

However, with the 2020 Olympics on the horizon and the need to ensure the building was earthquake-proof, Taniguchi’s original design was torn down to make way for a next-generation Okura, delivered this time by Taniguchi’s son. 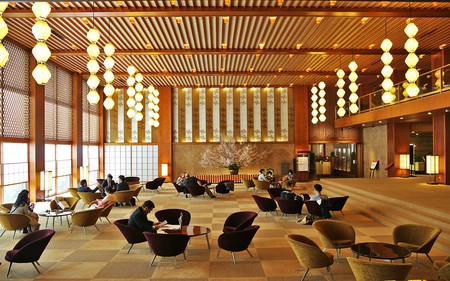 “The original lobby designed by my father was extremely popular,” said Yoshio Taniguchi in a statement. “So I felt a special responsibility to create distinctive Japanese designs that would similarly inspire guests for years to come.”

The new 508-room hotel, which is due to reopen in September 2019, will include an updated version of Taniguchi’s 1960s lobby and a number of its original features will be reinstated.

The distinctive hexagon-shaped lanterns will be rehung and the large world time-zone map will be displayed, alongside period lacquered tables and mid-century chairs that were custom-made to look like the petals of plum tree blossoms.

The project will also include the faithful reproduction of the Four Petal Flowers, a silk wall tapestry designed by Japanese “human national treasure” Kenkichi Tomimoto, plus the leaf-patterned shoji paper windows with Asanoha-mon lattice work.

On the fifth floor, the atmospheric low-lit Orchid Bar, a former favourite of diplomats from the nearby American Embassy, will be recreated by interior design firm G A Design. 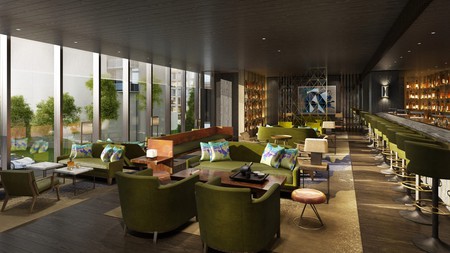 The Okura Prestige Tower’s fifth-floor Orchid Bar will be a sophisticated, contemporary reinterpretation of the original | © The Okura Toyko

From the outside, however, it will be starkly different from its Modernist predecessor. The new hotel’s Okura Prestige Tower will reach a soaring 188 metres (617 feet), with guest rooms available from the 28th floor of the 41-storey building. A two-storey 720 square-metre (7,7750 square feet) duplex will be available near the top of the tower, making it the largest hotel suite in Japan, while spacious guest rooms will be situated in the Okura Heritage Wing building, complete with mist saunas and spa baths. 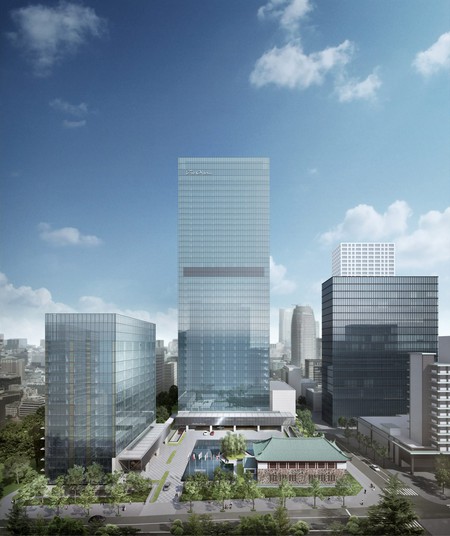 The new Okura Garden at the heart of the development will be an expansive “urban oasis” that captures the beauty of country’s seasonality, incorporating the Japanese karesansui tradition of using rocks and raked sand to express water themes.

In addition, the Okura Museum of Art will also make a second appearance since its closure in 2014. Originally established in 1917 as Japan’s first privately operated art museum, the museum will display 2,500 Japanese artworks, including three National Treasures and 13 other Important Cultural Properties.

The hotel is due to open on 12 September 2019 – find out more information here.