Tokyo in ‘Lost in Translation’ 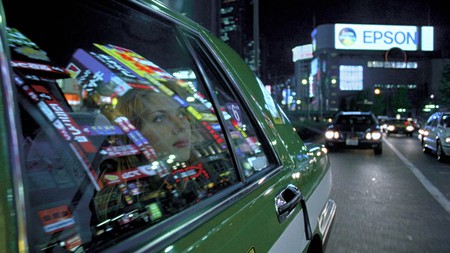 Tokyo is the setting for the acclaimed 2003 comedy-drama Lost in Translation, but how is it represented? And what does its depiction tell the viewer about the Japanese?

In the opening moments of Lost in Translation, a wide-eyed, exhausted Bill Murray gazes out of his taxi window as the city glides past him in a smear of neon. Soundtracking it is the ethereal haze of the song ‘Girls’ by the band Death in Vegas, making for a perfect aural bed as Murray’s character, Bob Harris, absorbs the city for the very first time. His impressions are shared in real life by countless people on their inaugural visit to Tokyo. Anyone who has arrived in the city, especially at night-time, is met with a sense of colour and bustle that is so immense as to be almost overwhelming. This is the initial experience of the metropolis, and for some it can define the city in their lasting memories. 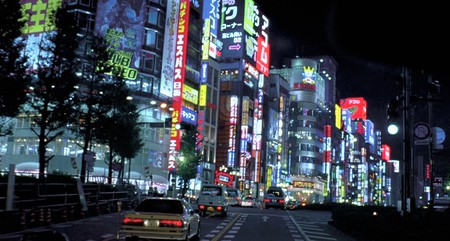 But this is not the only Tokyo. With a population of around 38 million people, it is a vast city with many parts that are not all defined by bright lights and hordes of salarymen. A visitor does not have to flee the city to find peace and quiet; there are lush inner-city parks and quiet spots even amid the dense sprawl of Shibuya and Shinjuku. All the same, protagonist Charlotte (Scarlett Johansson) has to hop on the bullet train and go all the way to Kyoto – a six-hour round trip that would set you back just over £100 – before she has one of her first moments of respite in the film. 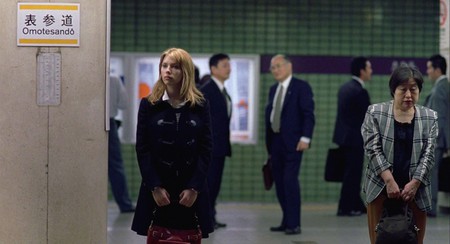 And as the city’s depiction in the film is problematic, so too is the depiction of its people. Portrayals of the Japanese in Lost in Translation are less than flattering, with a shopping list of archetypes – an over-expressive creative who sounds like a cartoon character? Check. A sex worker who mixes her ‘L’ and ‘R’ sounds to embarrassing effect? Check. A ‘wacky’ TV host whose brand of camp is so OTT that it comes across as offensive? Check. It’s difficult to watch all these portrayals in the present day and not wince, even if only slightly. In a 2004 essay on the film for The Guardian, Japanese–American musician Kiku Day, who lived in Japan for 10 years, wrote: “There is no scene where the Japanese are afforded a shred of dignity. The viewer is sledgehammered into laughing at these small, yellow people and their funny ways, desperately aping the Western lifestyle without knowledge of its real meaning.” 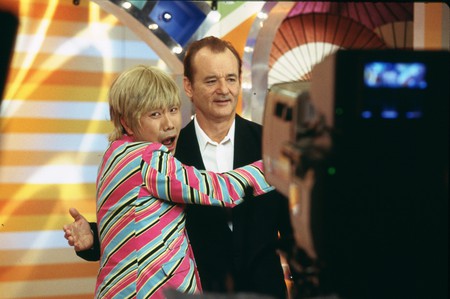 In terms of how Japanese characters are portrayed, there is a strong case to be made that they do not contribute to the plot in any meaningful way. Charlotte and Bob’s interactions with one another drive the narrative. Any other characters that have an impact are all white and American. The only major rift during their time together happens when Bob spends the night with an American jazz singer. Charlotte’s husband flirts unknowingly with a young actress, much to Charlotte’s bemusement. Any Japanese characters are essentially extras – background artists to give the mise en scène more flavour. 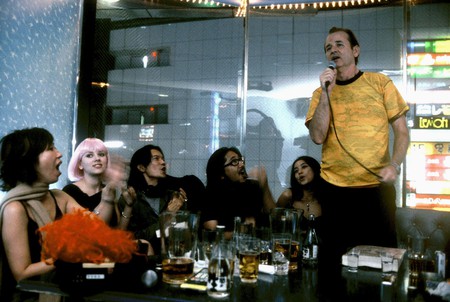 Portrayals of the Japanese are less than flattering, with many essentially extras | | © Focus Features / TFC / AF archive / Alamy Stock Photo

It’s a challenge to find three-dimensional portrayals of Japanese people in the film, but perhaps that is the point. Lost in Translation is a film about disconnection. Charlotte is a young newly-wed fighting loneliness and a sense of inertia. Bob is an actor whose career is reduced to doing whisky commercials in a foreign country while his family life back home in the US disintegrates. These are people who are, without wanting to state the obvious, lost. And the bewilderment at the state of their lives means they experience disconnection, not only internally but also externally – Tokyo to them is not one of the most vibrant, fascinating cities on Earth but an alien landscape, littered with oddities and people who cannot fulfil their emotional needs. It is this disconnect that informs how they, and by extension we the audience, see Tokyo and its people. 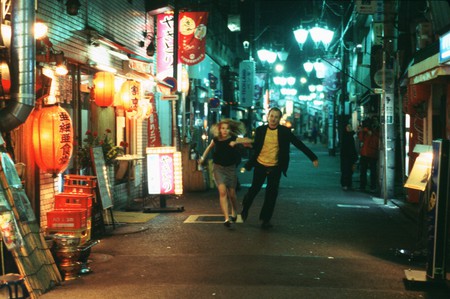 Worth remembering also is that Japan is an inherently insular society. It was isolationist for centuries before America forced it to open up for trading in the late 19th century. Prior to that, Japanese cultural norms were steadily developed and embedded in the fabric of society over centuries, like plants in a greenhouse. Nearly 98 percent of the country’s population is native Japanese. To be a foreigner in Japan, be it citizen or visitor, is to be forever on the outside looking in.

There are films that successfully convey the essence of Tokyo, but unsurprisingly most of them by Japanese filmmakers, and there are several to choose from. Among them, the standouts include Satoshi Kon’s animated urban fairytale Tokyo Godfathers (2003). Satoshi Miki’s Adrift in Tokyo (2007) follows two Japanese people as they embark on an adventurous trek across the city. In terms of how Tokyo is seen from an outsider’s perspective, the anthology, Tokyo! (2008) is a fascinating collection of shorts helmed by revered directors including Bong Joon-ho and Michel Gondry. Iranian director Abbas Kiarostami’s 2012 film, Like Someone in Love, with its unorthodox love story, also comes highly recommended.