5 Tokyo Attractions You Should Visit at Least Once 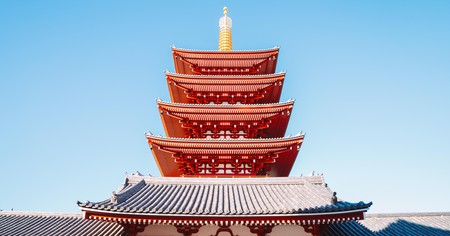 People come from near and far to visit Sensō-ji, a temple in Tokyo | © sanga park / Alamy Stock Photo

Depending on where you go, Tokyo is a history buff’s treasure chest, a sci-fi nerd’s futuristic fantasy or a culinary paradise. But regardless of what you make of it, there are plenty of attractions here that can’t be missed. 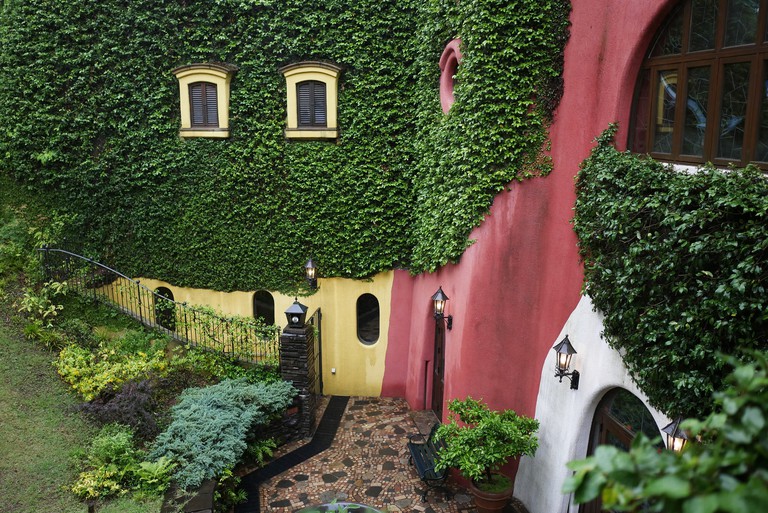 The Ghibli Museum showcases the animations of Studio Ghibli | © MergeIdea / Shutterstock
Book Now
Founded by Isao Takahata and Hayao Miyazaki, Studio Ghibli created some of Japan’s most timeless films, including My Neighbour Totoro, Howl’s Moving Castle and Spirited Away. Nestled in the suitably lush surrounds of Inokashira Park, the museum built in honour of this creative powerhouse documents the studio’s creation, evolution and influence. The building itself is a mystical mansion, complete with spiral staircases, a small cinema room and the five-metre-tall (16-foot) Robot Soldier statue that stands on its rooftop; with so much to explore, it’s easy to lose half a day in this whimsical world. Tickets to the museum are limited, so you have to make a booking.
Open In Google Maps
1 Chome-1-83 Shimorenjaku, Tokyo, Japan
+81570055777
Visit Website
Give us feedback 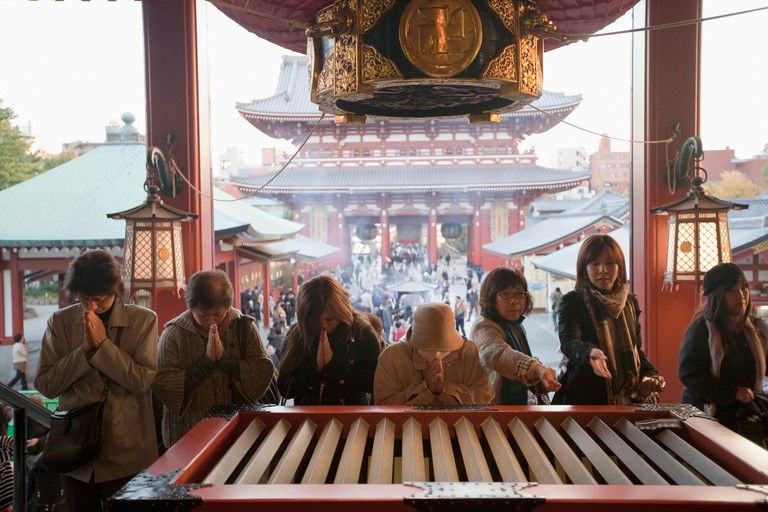 People from around the world visit Sensō-ji | © Judy Bellah / Alamy Stock Photo
Book Now
Sensō-ji, a temple in Asakusa, is one of Tokyo’s most iconic, spiritual landmarks, and a trip to the city isn’t complete without visiting it. The temple came into existence in AD 628 when some fishermen found a statue of Kannon (Goddess of Mercy) in the Sumida River. They shared it with the town’s chief, who then remodelled his home as a shrine to the statue. Sensō-ji became an official temple in AD 645, making it the oldest in Tokyo. Today, the site is still home to prominent religious and social events, including the Sanja Matsuri, which runs in May. Leading from the street to the temple gates is Nakamise, a shopping street where you can buy snacks, souvenirs and various other items.
Open In Google Maps
1 3, 2-chōme, Asakusa Taito City, Tokyo, 111-0032, Japan
+81338420181
Visit Website
Give us feedback

It seems that everyone has an opinion on the Robot Restaurant. To some, it’s fun. To others, it’s garish. But one thing almost everyone agrees on is that it’s entertaining. Located in the heart of Shinjuku’s neon-drenched, booze-soaked Kabukichō nightlife district, the Robot Restaurant is near impossible to describe. Part nightclub, part dinner theatre show, part robot nightmare come to life – it’s so unapologetically over the top it’s impossible not to get swept up in the madness. The best word of advice is to just buy a ticket and take the ‘ride’, so to speak. Dining while taking in a show here is probably something you’ll only ever do once in your life, but you won’t regret it. 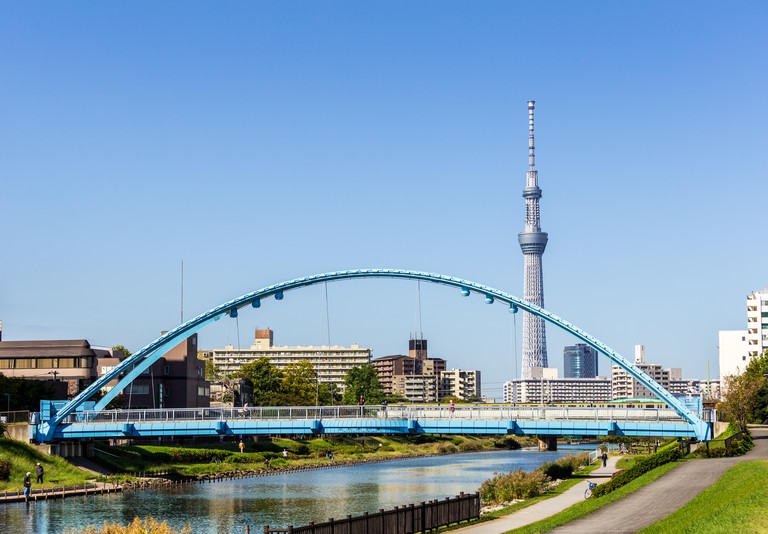 The Tokyo Skytree offers spectacular views and plenty of shopping | © Sattachit Phochanasrichai / Alamy Stock Photo
Book Now
Looming over the city at 634 metres (2,080 feet) tall, the Tokyo Skytree is officially a television broadcasting tower, but it’s also one of the city’s most recognisable landmarks. In all of its sleek, silver space-age glory, it’s the world’s tallest freestanding tower. Inside are two viewing platforms open to the public for a fee. The Tembo Deck lies at the 350m (1,148ft) point, while the Tembo Gallery, also known as the “the world’s highest skywalk”, is at the 450m (1,476ft) mark. As well as panoramic views of the entire Kanto region, the Tokyo Skytree complex has a popular shopping area and aquarium located at the base of the tower where you can pick up a few last-minute gifts and explore Japan a little closer to sea level.
Open In Google Maps
2 1, 1-chōme, Oshiage Sumida City, Tokyo, 131-8634, Japan
+81570550634
Visit Website
Give us feedback 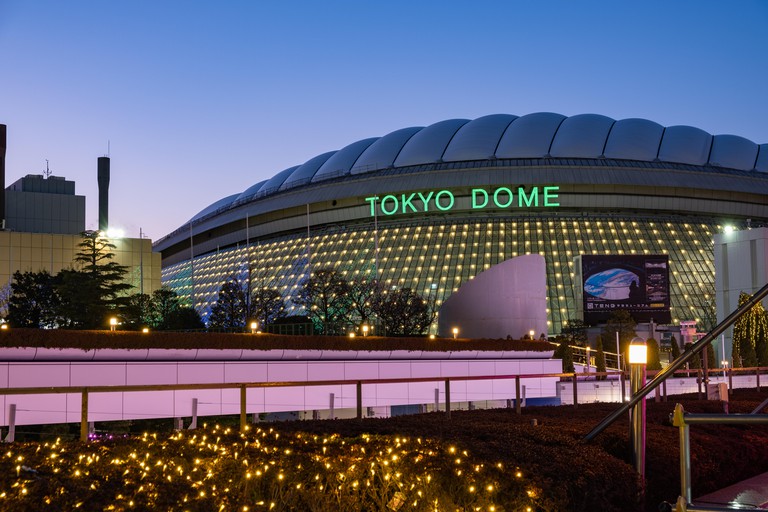 Also known as Tokyo Giants Stadium – and affectionately referred to as The Big Egg – this futuristic sports stadium is home to baseball team the Yomiuri Giants. In addition to baseball games, the dome also hots an eclectic array of blockbuster events, like the wild and reckless New Japan Pro-Wrestling and performances from some of the biggest names in music. Far from just a concert venue, it’s easy to spend the entire day here; there’s an amusement park, spa facilities, shops, restaurants and, for those who don’t want to leave, the Tokyo Dome Hotel.