Tips You Need To Know Before Visiting Matsuyama, Japan 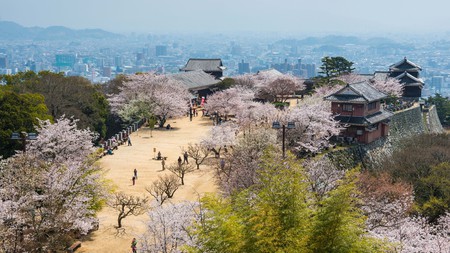 Discover the city of Matsuyama and take a journey into Japan’s past with ancient bathhouses, scenic cycling routes and steam trains overlooked by a 17th-century castle.

Matsuyama is not on the itinerary of most first-time travellers to Japan but the rewards to be had in veering off the beaten path lie in the city’s historic buildings and strong literary connections as one of the centres of haiku poetry. Despite being the capital city of Shikoku on Japan’s fourth-largest island and home to approximately 500,000 people, Matsuyama is considered to be a countryside setting. The city’s lack of tourists and location off the mainland make it an appealing option for visitors seeking a different side to Japan, away from the skyscrapers of Tokyo and throngs of tourists packed into the streets of Kyoto. Here are the things you need to know before visiting Matsuyama.

The traditional bathhouses around the Dogo area draw visitors to Matsuyama from far and wide; the bathhouses are some of the oldest in Japan and reputedly the inspiration behind the bathhouse from the animated Studio Ghibli movie Spirited Away (2001). When visiting a Japanese hot spring or onsen, there are certain rules and etiquette that should be abided by.

An important rule to remember is that you must shower before entering the baths. The small towel you receive before entering is for washing only and while it can be taken into the bathing area it should not touch the water in the bath. Long hair should be tied up, and it’s also customary to have a quick rinse in the shower after leaving the baths too. 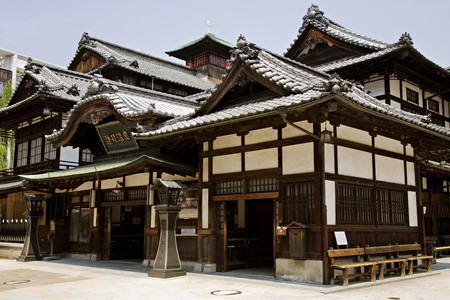 Dogo Onsen, said to be Japan’s oldest hot spring, is in the town of Matsuyama on Shikoku Island | | © John S. Lander/LightRocket via Getty Images

Unlike in larger cities such as Tokyo and Osaka, in Matsuyama, few restaurants will provide English menus so it’s best to mentally prepare for this before eating out. There are simple ways to get around this challenge though. For example, the Google Translate app can be helpful when trying to read menus, and many establishments have photos of the food in the menu or plastic versions of the dishes in display cases. Finally, if you are feeling adventurous you can always ask the staff for their osusume, which means recommendations in Japanese.

When in Matsuyama you’ll probably notice the city is a little obsessed with mikan, the mandarin oranges that are grown locally in Ehime Prefecture. Ehime’s sunny climate and sea breezes make it the ideal climate for growing mandarins, and it is the largest producing region of citrus fruits in Japan. As a result, you’ll find the city awash with mandarin flavoured and scented products, from handmade soaps to ice cream and confectionery. Even the official mascot for Ehime is citrus related; Mikyan is a cute orange-coloured mandarin/dog fusion. 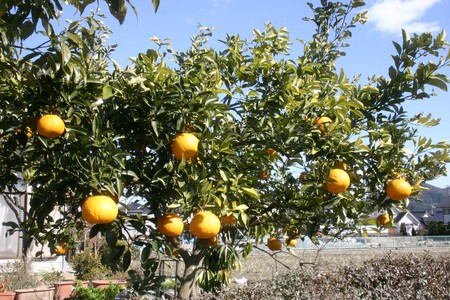 Many Japanese people have never visited the island of Shikoku where Matsuyama is located, and international tourists rarely make the trek. Matsuyama’s location in the northwest of the island makes it difficult to access by direct train; changes are required in Okayama if travelling from the mainland. There are no bullet trains here either, but that’s not necessarily a bad thing. The lack of direct train routes from Tokyo means it is much less crowded than other cities and you’ll be able to enjoy a more authentic Japanese experience. The best way to access Matsuyama is either by highway bus from Hiroshima prefecture or a domestic flight from Tokyo or Osaka.

Matsuyama is a fairly compact and flat city with narrow streets that make it ideal to navigate for cyclists. There are several bicycle rental points around the city including Matsuyama Station and Matsuyama Castle. For a deposit of ¥1,000 (£7.50), the Matsuyama International Centre offers free bicycle rentals to international tourists for up to two weeks. Matsuyama is also a short train ride away from the town of Imabari, which marks the start of the Shimanami Kaido, Japan’s most scenic cycling route that connects Ehime prefecture to Onomichi in Hiroshima via a series of suspension bridges that cross the Seto Inland Sea. 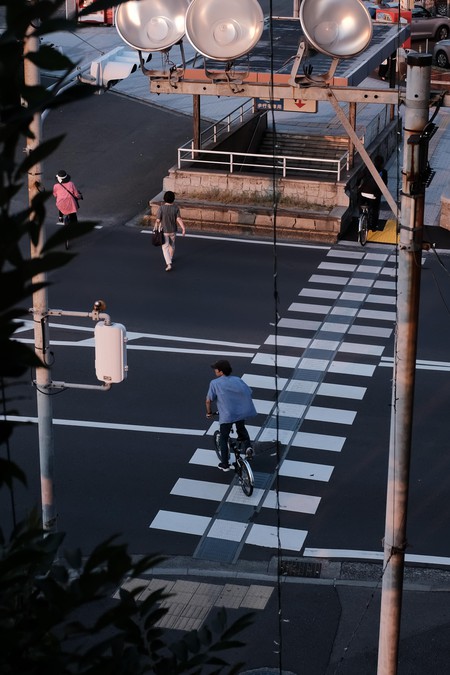 The best hot springs are not always the most famous ones

Whilst Dogo Onsen in Matsuyama takes the title for the oldest and most famous hot spring baths in the city, that doesn’t necessarily mean it will provide the best experience. Participate in some hot spring hopping by visiting some of the city’s more modern bathhouses such as the luxurious Soratomori which features steam rooms, ice rooms and massage treatments. The Dogo Onsen’s annexe building which opened in late 2017 blends traditional architecture with modern technology as visitors enjoy the painted scenes on the bathhouse’s porcelain tiled walls, which come to life through digital projection mapping.

One of the advantages of a city in a more rural location is that it’s only a short train ride away from some of Japan’s most stunning scenery. For example, in the north of Matsuyama lies Kashima, a five-minute ferry ride from the mainland. This tiny island is less than two kilometres (1.24 miles) in size and is famous for its wild deer, mountain views and postcard-perfect sandy beaches ideal for swimming. Matsuyama is also the gateway to scenic spots such as Mount Ishizuchi, the highest peak in western Japan and Shirai Falls, one of the region’s most famous waterfalls that transforms during winter when the icy cascades freeze over. 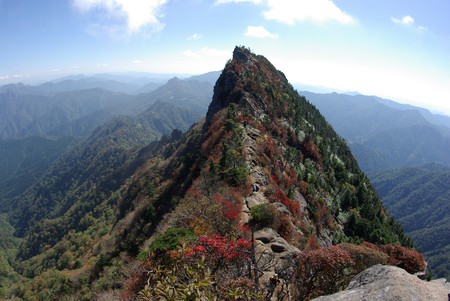 Immerse yourself in a ‘matsuri’

Like many cities in Japan, the best time to visit is during one of the local festivals or matsuri as they are called in Japanese, where immersing yourself in the local culture comes easily and visitors can experience the best of Japanese street food and traditional live entertainment. In addition to the cherry blossom parties you can find across the country during spring, the big festivals in Matsuyama take place in the summer. Food stalls line the streets downtown and around the castle, and an impressive fireworks display is held at nearby Mitsuhama Port. During the Matsuyama autumn festival, citizens march through the streets with portable shrines called mikoshi hoisted upon their shoulders in an annual “battle of the shrines”.