This Film Shows Mount Fuji as You've Never Seen It Before, and It's Humbling 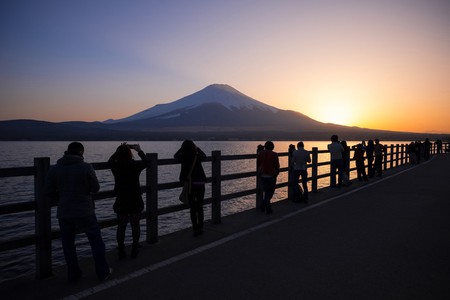 Ascent, written and directed by the visual artist Fiona Tan, is a hypnotic montage comprising more than 4,000 images of Japan’s most revered mountain. It’s also a meditation on transience and permanence—and an elegy for a lover and nation.

Mary, voiced by Tan but never seen, talks to her partner Hiroshi (actor Hiroki Hasegawa), who died unexpectedly five years previously. She has received from him, she says, a parcel containing letters and photographs, and spread the photos on the floor. Her memories and questions flow.

As she reads the letters, she hears Hiroshi describing his lonely ascent and descent of Mount Fuji, which is shown in each photo. It variously appears snowcapped, naked and glowering, wreathed in clouds, strafed by the rising sun, which is cheered by tourists near the summit. It is painted on backdrops in the studios of early commercial photographers. It is a monochrome setting for army maneuvers in the militarized Shōwa statism era.

Far away, the mountain is a sapphire cone of inspiration for Hokusai and Van Gogh. Up close, it a red or dun-colored heap of volcanic ash and congealed lava, not remotely picturesque. 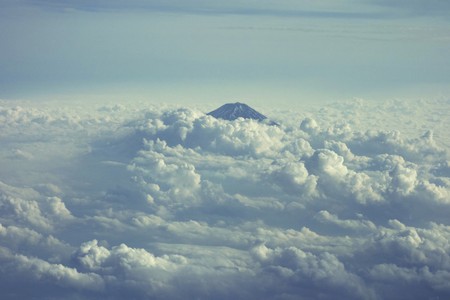 The pictures—including mid-to-late 19th-century cabinet photos, stereoscopic views, archival prints, and snapshots—range from the exquisite to the kitschy, from the banal to the strange. Delicately hand-tinted postcards from the 1930s are more affecting than faux-arty compositions taken with, say, Fujifilm. Mary observes that some of the photos were taken just to be taken, to make a statement about the takers’ presence.

We see the photos as Mary does, one after the other, many of them organized in groups—1920s climbers poised on ridges or hurtling downhill, 19th-century Japanese cosplay performers posing awkwardly with rickshaws and parasols, flowers in fields, bullet trains, even photos of photographers training their cameras on the volcano. 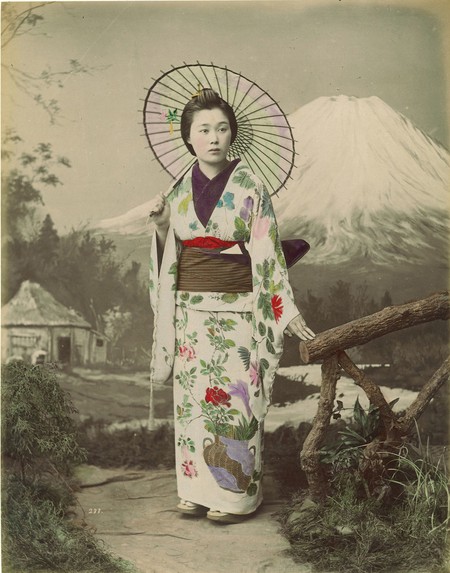 At times, the mountain suggests a headless Buddha, serene and implacable. But we know it’s also a slumbering fire-giant looking down ominously on Tokyo’s Sodom and Gomorrah.

Fuji last vented its wrath on December 16, 1707, spewing ash to distances of around 60 miles (97km). It spat out no lava, apparently, but the next eruption, possibly predicted by the 2011 tsunami, may not prove so withholding. 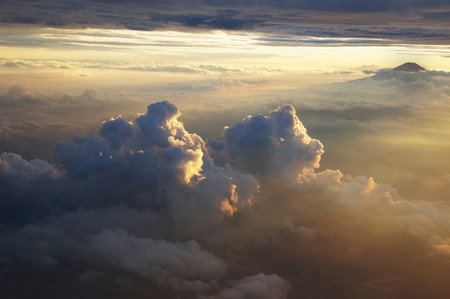 One of over 4000 images of Japan’s Mt. Fuji used in Fiona Tan’s ASCENT. Courtesy of Antithesis Films.

Tan occasionally tracks across the photos, but it is the slideshow-like procession of images that gives a greater sense of motion. Mary likens the stasis in photography to ice, and the mutability of film to fire or steam.

She herself is frozen emotionally. She addresses Hiroshi in a tone of quiet yearning. She feels he may have set her a task or a puzzle in the photographs. Why is love inextinguishable when the object of it has vanished? Why did Hiroshi send her photos of Emperor Hirohito nattily attired in Western hiking clothes?

Mary is a Western woman and her romance with Hiroshi echoes that of the similar couple in Hiroshima Mon Amour (1959); Tan quotes dialogue from Alain Resnais’ memory film. The B-29s that dropped atomic bombs on Hiroshima and Nagasaki didn’t near Mount Fuji, but the planes shown passing over the mountain in Ascent were on their way to firebomb Tokyo. 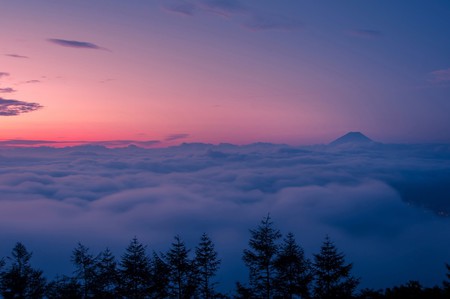 Hirohito wore his army uniform, not Western tweeds, when he inspected the devastated city. Japan’s exhaustion at the end of the war is echoed in Hiroshi’s struggling for breath on the mountainside. Mary grieves not only for him but all the Japanese dead. The wondrous mountain looks on, imperturbable for now.