This Country's on the Hunt for Deadly Fish Sold by Mistake 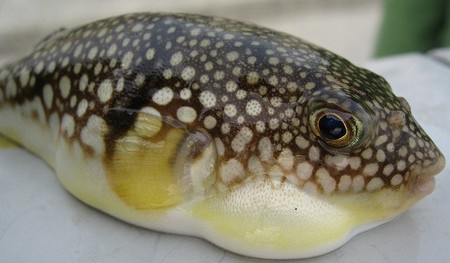 If you have fugu in your fridge right now, don’t eat it.

A Japanese city has issued emergency warnings to stop people eating the famously poisonous yet delicious fish after potentially deadly parts of the fish were sold.

A supermarket in Gamagori city in central Japan sold five packets of fugu without removing the toxic livers. 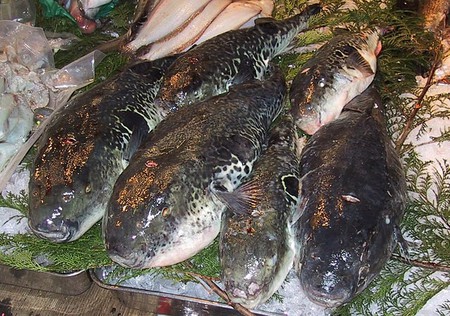 The pufferfish, which is considered to be a delicacy, is more poisonous than cyanide and can cause a fast, violent death. There is no antidote.

The liver, ovaries and skin of the fish contain the poison tetrodotoxin, which affects the nerve system.

The symptoms of fugu poisoning start with a numbness around the mouth, followed by paralysis and then death. It’s so lethal that even the tiniest mistake in its preparation can be fatal. People who prepare the fish must have special training and obtain a licence before they are able to sell it.

Despite the danger, the blowfish is popular and is eaten raw as sashimi or in soup. It’s expensive, costing around £20 per dish, and is eaten in the winter.

Three of the fugu portions have been found, but two are still at large.

Japan sees several cases of fugu poisoning a year, but not all are lethal. These usually occur when people catch and eat the fish themselves as they don’t know the proper way to prepare it, rather than eating it in restaurants or purchasing it from shops.

Emergency warnings are being broadcast through loudspeakers located throughout Gamagori.