Things To Know Before Visiting Hiroshima, According to the People Who Live There 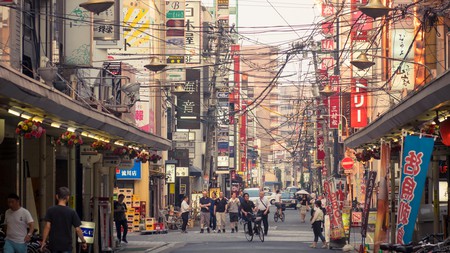 With its thriving culinary and arts scene, Hiroshima has a lot more to offer visitors than just the Peace Park or day-trips to Miyajima. Culture Trip spoke to people who live and work in Hiroshima for their take on how to make the most of a visit to this modern city.

It can be easy to dwell on Hiroshima’s tragic past, but that’s exactly what locals would prefer you not to do. “It’s not all about the A-Bomb Dome,” explains Hiroshima-born food tour guide Reiko Spicer, who says that the citizens of Hiroshima would like visitors to view their hometown as “A vibrant city with a lively nightlife scene.” Reiko adds: “By all means, ask questions and acknowledge the tragic past, but time has not stopped; do not let the past define what Hiroshima has to offer now.” The city has an impressive cultural scene so, as well as taking in its major historic sights, discover Hiroshima’s underdog pro-baseball team, speciality culinary offerings such as oysters and okonomiyaki and locally produced sake. 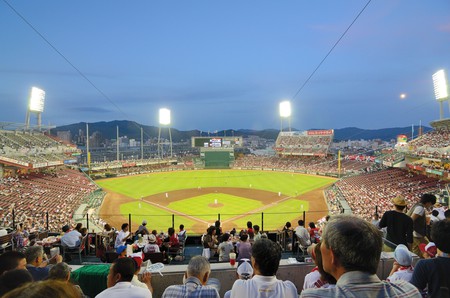 “The one piece of advice I would tell visitors before coming to the city would be to stay longer,” says Lauren Shannon of Arigato Japan, who designed the company’s Hiroshima food tours. She adds, “Don’t short-change your time in Hiroshima. A lot of tourists only come for a day and try to do the Peace Park in the morning and Miyajima in the afternoon. It’s too much. I would say at a minimum you need to stay one night and two days, but two nights and three days is better.” As Lauren suggests, a three-day trip will allow you enough time to explore the city properly, visit Miyajima un-rushed, and take an excursion to the nearby sake town of Saijo.

When it comes to Hiroshima’s favourite dish, okonomiyaki (a kind of savoury pancake), Mie Tokunaga, an independent tour guide born in the city, offers some valuable advice. “Okonomiyaki is soul food in our city. There are two kinds in Japan, Hiroshima-style and Kansai-style; however, when in Hiroshima us locals believe our okonomiyaki is the only true one that counts, so please don’t call it ‘Hiroshima-style’ when you speak to us.” Mie also has some pro-tips on how to find the best okonomiyaki restaurants in the city. “There are a lot of okonomiyaki restaurants on the main streets, but many of them cater mostly to tourists. You’ll find the good restaurants located in the backstreets, close to the baseball stadium and around the city’s business district. Look out for the restaurants filled with businesspeople wearing suits, or people in uniforms, a good sign that they are locals.” Most okonamiyaki restaurants have seats at the counter – try to nab a spot here, because watching the chefs at work is an entertaining experience. 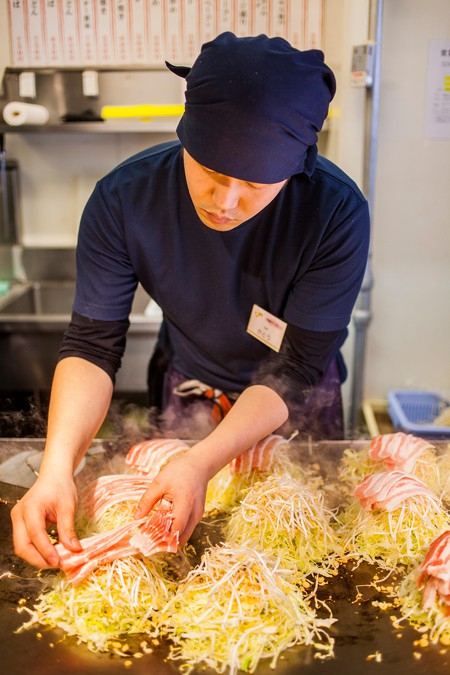 Be prepared to talk about baseball, unless the Carps lose

Hiroshima is a sports-mad city, particularly when it comes to baseball. The story behind the city’s love for baseball dates back to 1951, when a lack of funding and decent players almost caused the Hiroshima Carps baseball team to disband. The citizens of Hiroshima, refusing to accept this fate, pulled together to raise money for the team, despite having very little money themselves after the events of World War II. Following this investment, the team’s performance gradually began to improve and today they are one of Japan’s top professional teams. According to Reiko, it is because of this that, “The citizens of Hiroshima feel as though the team belongs to the people, and every citizen is a part-owner. The team gave hope to the city.” However, Mie advises, “When the Carps lose a game, don’t talk about it!”

Where possible, ride the tram

According to Lauren, Hiroshima is a “very walkable city – it’s built on a grid system unlike other Japanese cities, so you don’t easily get lost.” Reiko adds that visitors should try using the city’s tram whenever they can. “The tram system in Hiroshima is a source of huge pride because it even survived World War II and restarted just six days after the bomb was dropped.” The tram system has eight routes within the city and also one route that goes out to Miyajima. Two of the streetcars, numbers 651 and 652, survived the atomic blast and still operate today.

Pro tip: When using the tram system, pay the exact fare as you disembark the tram, not when you get on. 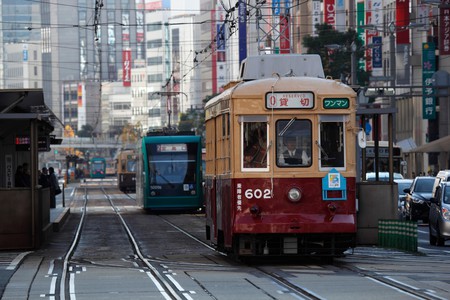 For lovers of spice, Lauren recommends a visit to a tsukemen restaurant. The Hiroshima version of this cold noodle dish is served in a spicy broth. Lauren says, “There’s a common perception that Japanese people don’t like eating spicy food, but there’s a style of tsukemen noodle famous in Hiroshima that’s super spicy. You can choose your spice level at tsukemen restaurants, some of these places have a scale from one to 100, but even 50 for me is the limit.” However, Reiko advises people to approach this spice scale with caution. “I have a lot of guests who tell me ‘I love spicy food’ but then when they are eating a spice level of say, 20, I can see on their faces they are really struggling,” she recalls, laughing.

Take some time out after the Peace Park

On visiting Hiroshima’s Peace Park and museum, Lauren recommends refraining from scheduling in any activities right afterwards. Instead, she suggests going for a walk to allow a bit of time to decompress. “The atmosphere around the A-Bomb Dome is quite heavy, so it’s best to give yourself a bit of mental space,” she advises.

In addition to the Peace Park, you’re likely to stumble upon other memorials around the city, marking the locations where large numbers of people died during the atomic bombing. Mie says you can spot these because “the memorials are often decorated with pictures, paper cranes, or sometimes you’ll see bottles of water. Please take a moment to pay your respects and give them your thoughts and prayers.” 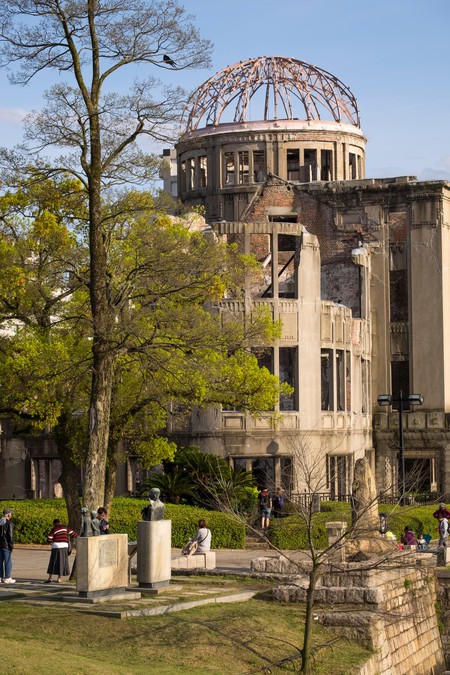 Around 40 minutes from JR Hiroshima Station, you’ll find the sake brewing town of Saijo, an area that Lauren says is unique thanks to the seven adjacent breweries that stand along a two-kilometre (1.2mi) stretch. “I don’t know anywhere else in Japan where the breweries are so close together,” she says. Saijo sake is known in Japan for being easy to drink because of its fruity flavour. Reiko is also a big fan of Saijo and often conducts brewery tours for international visitors. She says, “Unlike wine, the price of sake is not a reflection of the quality, but other factors, for example, the amount of rice used. This means visitors have more freedom to choose which sake they would like to taste based on their preferences and if they are lucky, they can meet with the sommeliers and sake masters and get some great tips.”