These Artistic Manhole Covers in Japan Are a Thing of Beauty 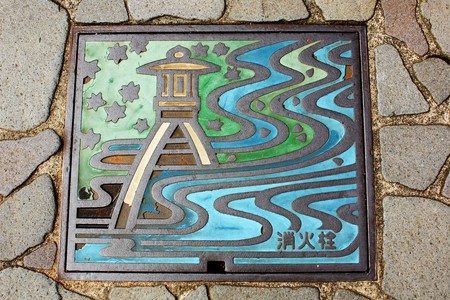 When visiting Japan, you may be captivated by the cherry blossom trees, shrine gates, and elegant castles all around you, but look down and you’ll find a unique display of Japanese aesthetics right beneath your feet.

Manhole covers might seem like a mundane everyday object, and in most countries they indeed are — a utilitarian metal lid, trod on by thousands of people each day. But in Japan, manhole covers are an expression of community identity and a unique application of public art meets public utility. 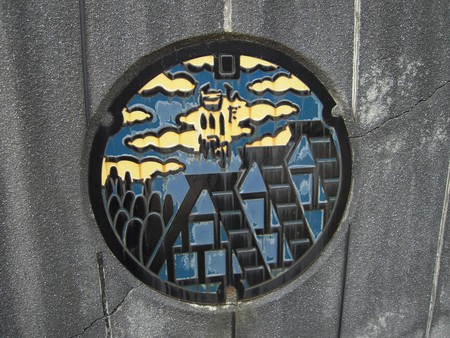 Modern water and sewage systems weren’t popular when they first arrived in Japan, as the cost of installing the below-ground systems were seen as prohibitively expensive by local communities outside of big cities. However, a government plan that allowed communities to create their very own cover designs won over taxpayers and launched a number of local variations throughout the country. Despite the higher cost of these more elaborate, sometimes full-color, manhole covers the effort was a huge success.

Today, these artistic Japanese manhole covers have spawned a worldwide network of manhole cover photographers, a line of collectable cards, and even a book dedicated to their history called Drainspotting.

Here are eight gorgeous manhole covers demonstrating the variety of styles and elements found across Japan.

Floral designs are a common motif for Japanese manhole covers. This one from Chikushino City in Fukuoka prefecture features a combination of Japanese camellia, the official ‘city tree’, and scarlet sage, the ‘city flower’. 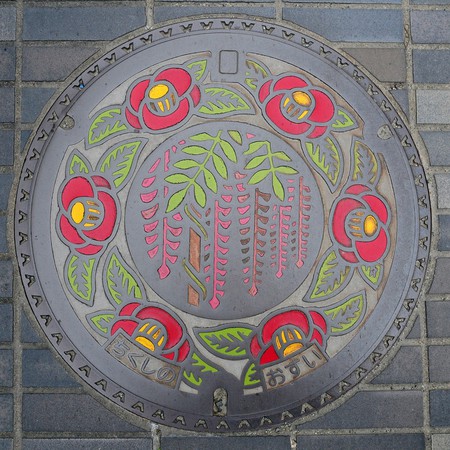 Local landmarks are frequently incorporated into manhole cover designs. This one from Osaka, Japan, depicts a highly stylized image of Osaka Castle. 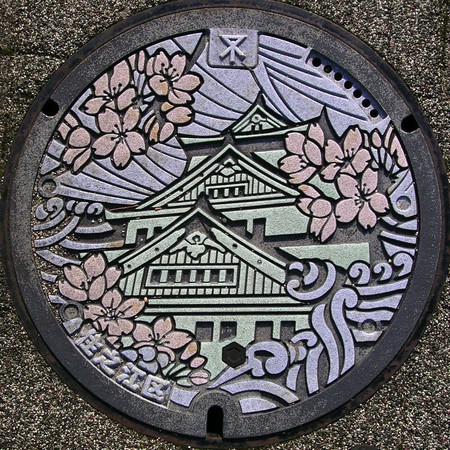 Some manhole covers incorporate elements related to the history of the local area, such as this one from Mie prefecture depicting the pilgrimage to Ise Shrine, a tradition that goes back hundreds of years. 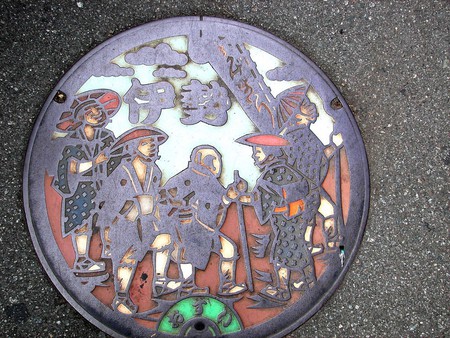 This manhole cover from Nagano, Japan, commemorates the XVIII Olympic Winter Games, held there in 1998. 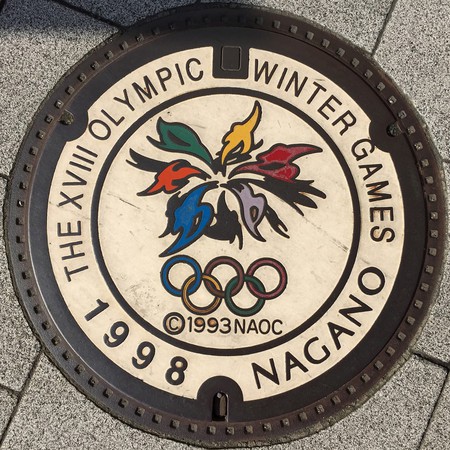 Famous local food and goods may also be depicted on manhole covers, like this colorful example from Hakodate, Hokkaido. The port city is famous for its seafood, especially squid, and even has a ‘squid dance’ performed at local festivals. 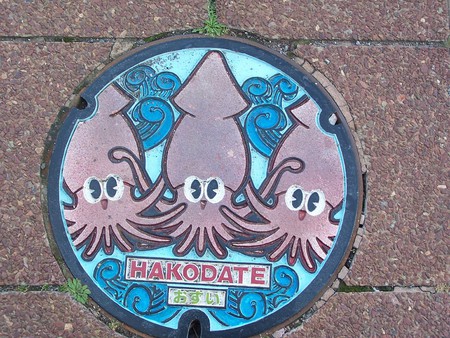 This manhole cover from Shimonoseki City, the ‘Pufferfish Capital of the World’, depicts the delicious but deadly local delicacy. 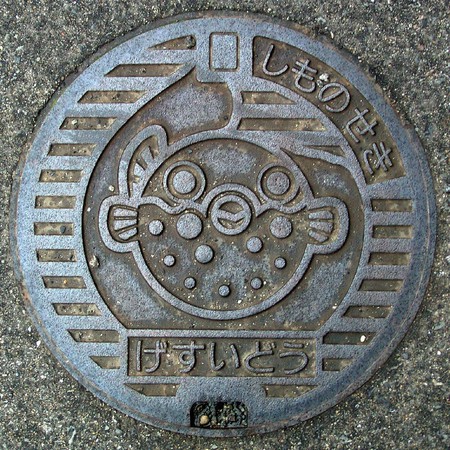 The iconic local deer of Nara are portrayed rather elegantly on this manhole cover, but they are known to be a bit greedy and impatient and sometimes headbutt visitors or nibble the buttons off of people’s clothing. 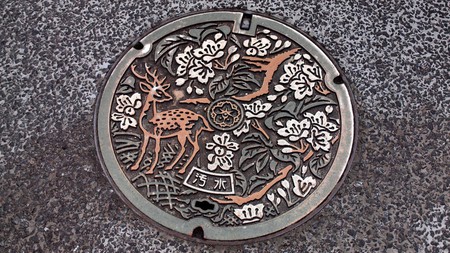 Manhole covers are a unique way to show off local pride in Japan. This manhole cover from Hiroshima prefecture features the popular baseball team Hiroshima Carp set against a backdrop of maple leaves, another local symbol. 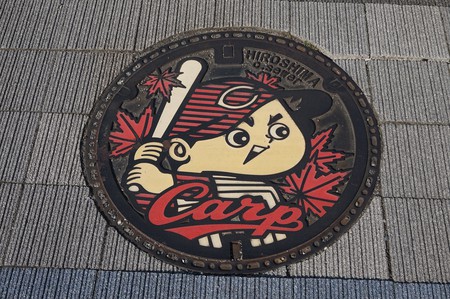