Chichu Art Museum © Fujitsuka Mitsumasa, Image courtesy of Chichu Art Museum
Considered to be one of the world’s best museum for contemporary art, Chichu Art Museum, designed by Tadao Ando and nestled deep underground on the island of Naoshima, is both an intimate environment and a world-class institution. We explore Chichu’s collections and investigate what makes this Japanese museum so special.

The first space exhibits five paintings from Claude Monet’s Water Lilies series. More so than any other impressionist painter, Claude Monet was fascinated by the effect that light had on the subjects of his paintings. The Rouen Cathedral series, 30 paintings depicting the facade of the famous French cathedral, is a testament to this fascination. It portrays the building in varying light conditions. The Water Lilies series is the apotheosis of this style and fascination: the entire series is composed of 250 paintings portraying the ponds of the artist’s estate in Giverny. According to a famous anecdote, Monet would work on several paintings at the same time, but only for a few minutes each day in an attempt to capture the uniqueness of light in a fading moment. The Monet space at Chichu is the perfect setting for the unique and crafted nature of Water Lilies, since it shows the paintings enveloped by the museum’s natural light. 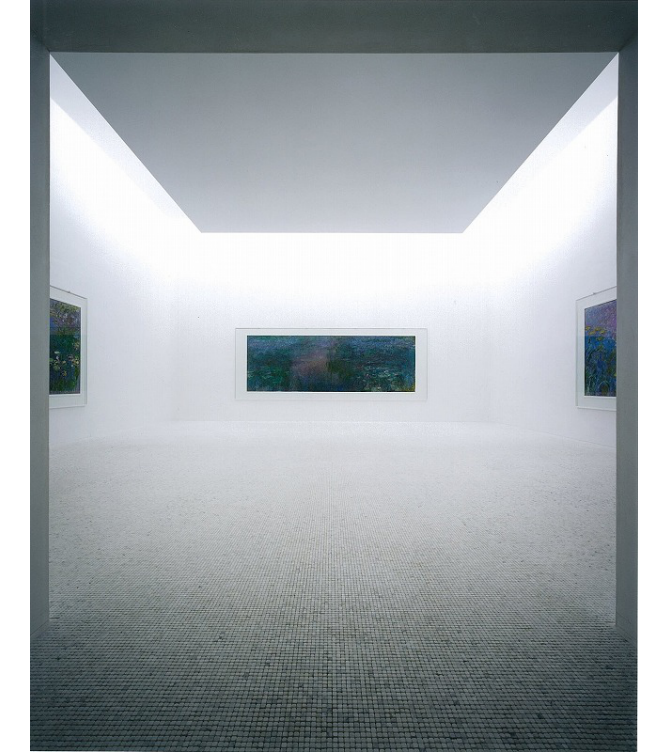 Chichu’s next space continues with the theme, but uses three-dimensional art to experiment with and carry light, in a hall filled with the works of American conceptual and minimal artist Walter De Maria, best known for his installations. Following the success of his Seen/Unseen Known/Unknown artworks on Naoshima, in 2000, De Maria was invited to create an installation for one of the spaces of Chichu Art Museum.