The 10 Best Things to Do in Osaka 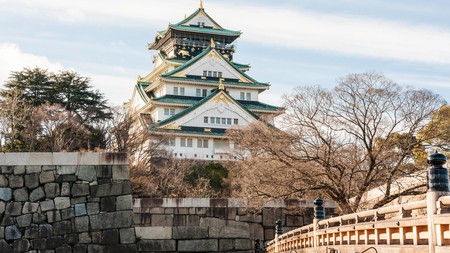 Japan’s second-biggest city, Osaka, can seem like a never-ending maze to many visitors. Because of this, it’s important to plan your trip wisely to ensure you experience the very best things that Osaka has to offer, whether it’s sampling world-famous cuisine or exploring historic castles.

Go back in time at Hozenji Temple 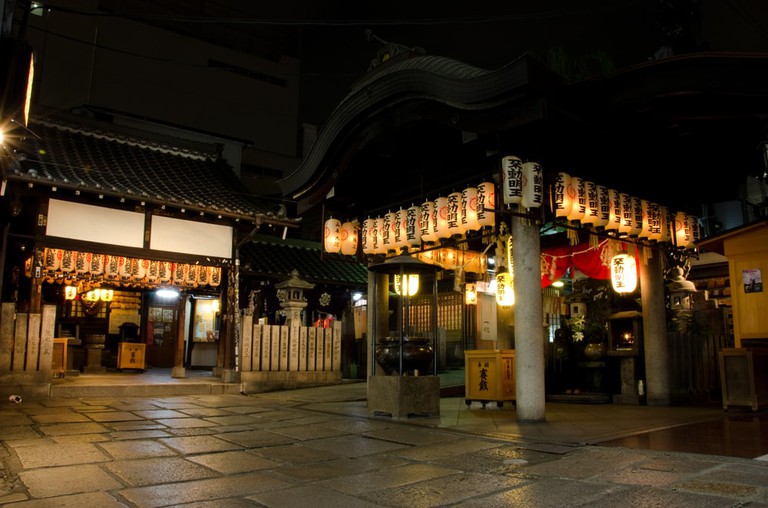 © Andreas Altenburger / Shutterstock
Hozenji might be one of the smallest temples you’ll see in Japan, but it’s also likely to be the most memorable. Right in the middle of crowded Namba, Hozenji manages to be a serene oasis in the middle of a neon jungle, and the alleyways surrounding the temple hark back to an older Osaka, with cobblestone streets and noren cloth-covered entryways. Peep inside the temple and you’ll notice the Buddha that makes it so famous. The Buddha is covered with a thick layer of moss due to the constant stream of prayers and subsequent splashes of water that are thrown in its direction.

Osaka’s only kabuki theatre, Shochikuza, is the place to go to experience a traditional Japanese drama. Kabuki was inscribed on UNESCO’s Representative List of Intangible Cultural Heritage, and is a highly stylised performance of song, mime and dance. While kabuki has existed in Japan since the 17th century, Osaka’s Shochikuza Theatre was only opened in 1923. It’s still a fascinating building, though, and sticks out from its surroundings due to its Neo-Renaissance architectural style, which was modelled on Milan’s La Scala theatre.

While you’re at Shochikuza, head to its second basement floor to visit Tachibana, the only on-site theatre brewery in Osaka. One of the first Osaka-brewed beers, Dotonbori has been around since 1996, and Tachibana is one of the only restaurants to have it on tap. Plus, it has an excellent reputation for its seafood and tofu. Beer and tofu might seem like a strange combination, but in Japan it works.

Building
Facebook
Email
Twitter
Pinterest
Copy link
Share
Map View
Osaka Castle is the shining jewel of the city’s tourist attractions. One of the most historically significant sites in Japan, the castle was originally constructed in the late 1500s by Toyotomi Hideyoshi. Later the site of the famous Battle of Sekigahara, the castle would eventually fall to the Tokugawa clan, who were the last of the shogunates of feudal-era Japan. While the castle standing today has been reconstructed many times, there are still numerous areas of the park that are considered cultural assets, such as Otemon Gate, with its wooden pillars. Inside the castle itself, you’ll find a number of exhibitions dedicated to Osaka during the 16th and 17th centuries. The castle grounds have become a popular place to walk and relax in Osaka, and are particularly pretty in late winter, when the branches of the plum tree orchard are bare, and at the beginning of spring, when the flowers burst forth in brilliant pink and white blooms.

Marvel at the fish at the Kaiyukan Aquarium 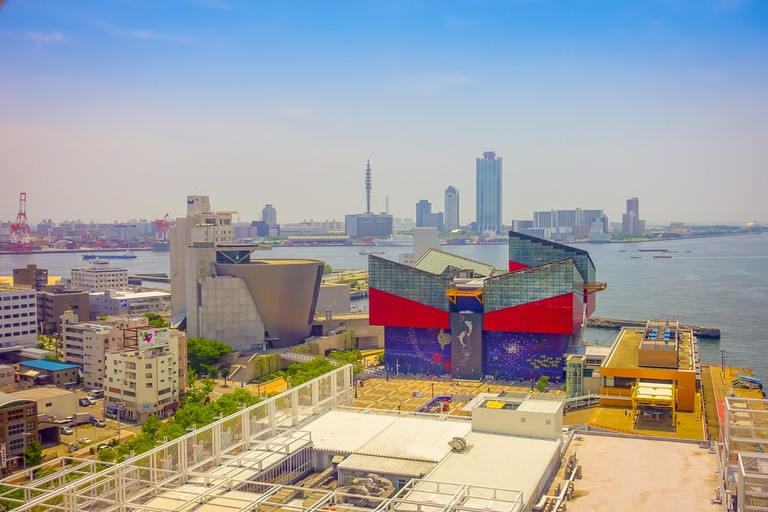 © Fotos593 / Shutterstock
Book Now
The Kaiyukan aquarium is truly one of the top aquariums in the world. It has over 30,000 sea creatures living in 15 different areas that are designed to take the visitor through the varying environments found in the Pacific Rim. It’s relaxing to watch the hypnotic movements of fish darting in and out of coral, but try listening in on a Japanese conversation. Occasionally, you’ll hear an oishiso (“looks delicious”) as the fish swim by.

Restaurant, Japanese, $$$
Facebook
Email
Twitter
Pinterest
Copy link
Share
Map View
Step through the sliding glass door of Kitamura to immerse yourself in the world of sukiyaki. This traditional Japanese stew-like dish is prepared in a hot pot and usually consists of thinly sliced meat, vegetables and other ingredients that are cooked and simmered in a mixture of soy sauce, sugar and mirin (sugary rice wine). Take a seat at one of the tatami-mat tables and watch your hot-pot meal be cooked right in front of you for an unforgettable Osaka experience.
Book Now 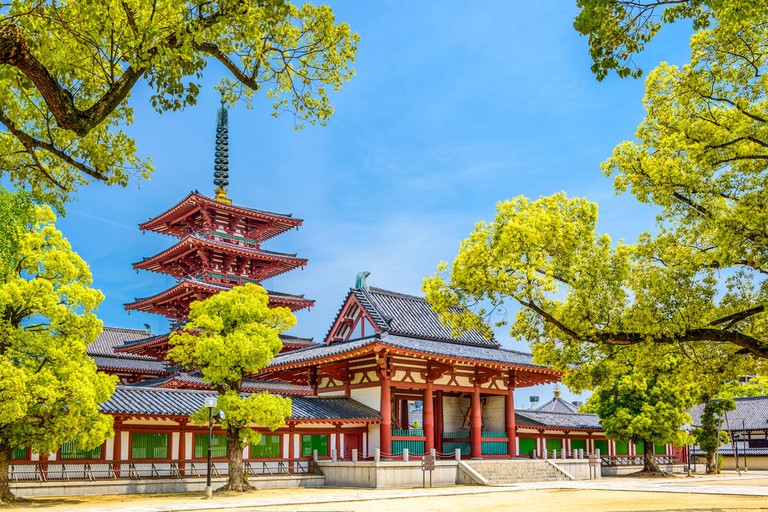 © Sean Pavone / Shutterstock
Shitennoji was built in CE 593 and was the first state-funded temple in Japan after Buddhism was brought to the country from China (some reports actually state it is the first ever Buddhist temple in Japan). Although the temple has been ravaged by many fires over its 1,400-year history, the grounds remain the same as they were when it was originally built – except now they are surrounded by skyscrapers. Try to plan your trip to Shitennoji to coincide with the temple’s flea market, which is a great opportunity to pick up second-hand kimonos, antiques or perhaps a piece of Japanese pottery.

Take a selfie at Dotonbori Bridge 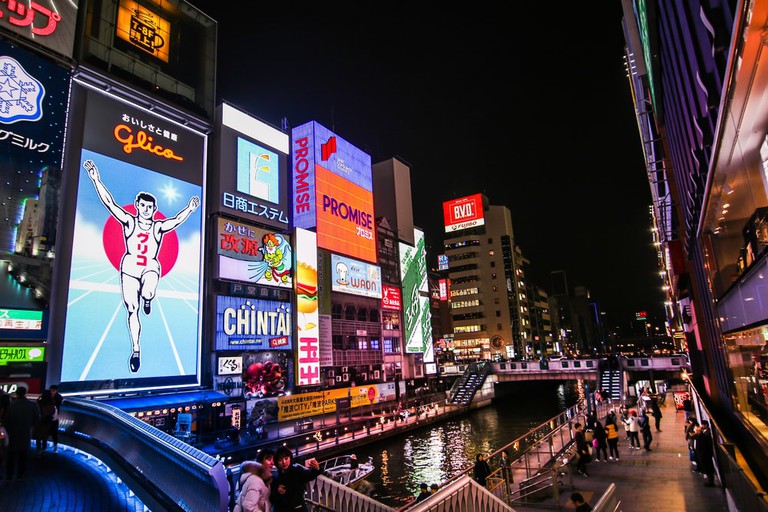 © Somjork / Shutterstock
Book Now
If you are only able to visit one place in Osaka, make it Dotonbori. The city’s main artery, this street epitomises Osaka culture. The road is packed full of restaurants and bars all vying for your attention with their huge, animatronic signs and bright neon lights. At night, the place can get a bit frantic, as visitors are sucked in and shuffled among the smoking, drinking and street-food gorging crowd. Look for the Kuidaore clown slowly banging his drum and, from the bridge, don’t miss the famous LED Glico Man running across the world. It’s also worth peeking into Don Quixote to find every KitKat flavour imaginable, and keep an eye out for the host boys with their outrageous haircuts and outfits.

Sample the freshest seafood in Osaka

Market, Japanese, $$$
Facebook
Email
Twitter
Pinterest
Copy link
Share
Map View
Ten years ago, Kuromon Ichiba Market wasn’t really on visitors’ radar, but in the years since its reputation as one of the best wet markets in Japan has quickly transformed it into one of the most traveller-friendly areas in Japan. It’s also a chance to experience what shopping in Osaka might have looked like before large department stores such as Daimaru and Takashimaya opened. The market is well known for selling the freshest ingredients in Osaka, and is the main destination for Osakan chefs to buy produce for their restaurants. Don’t pass up the chance to have fresh-from-the-ocean fish and shellfish grilled right in front of you at one of the fish shops in the shopping arcade. 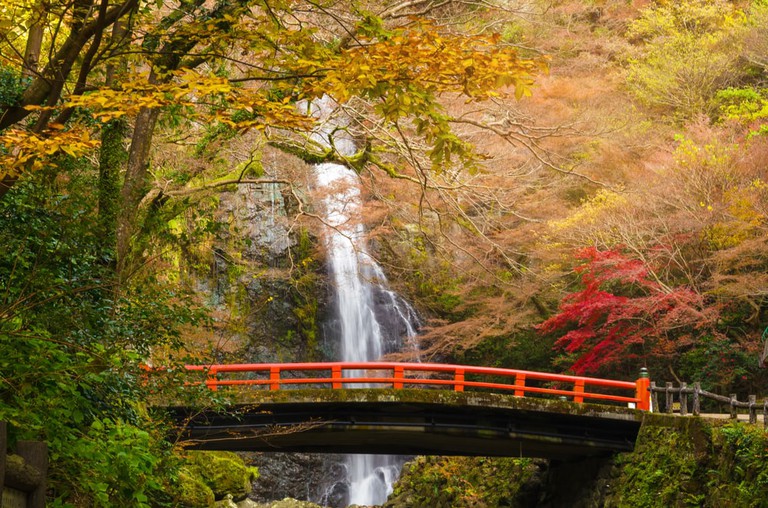 © giggsy25 / Shutterstock
Book Now
Just a quick 30-minute train ride from Hankyu Umeda station is Minoo National Park. While not technically part of Osaka city, it’s well worth a visit for an escape from the suburban sprawl. From Minoo Station, the main path to the park runs alongside a scenic river and is lined by traditional buildings and temples. Inside the park, the main attraction is its stunning waterfall, which cascades down from a height of 33 metres (108ft). Minoo is also well known for its bright red maple trees, and is one of the loveliest places in Kansai to see autumn leaves. Don’t pass up an opportunity to sample the area’s speciality, a fried maple leaf, which is sold by vendors on the side of the road back to the station.
Give us feedback