The Top 10 Day Trips from Osaka 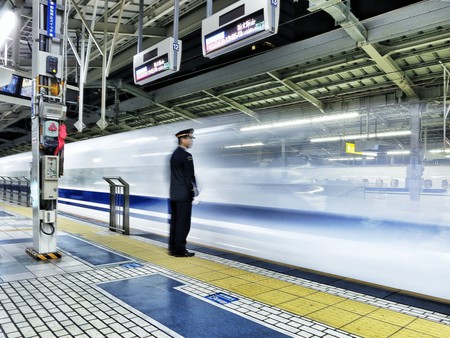 Osaka is the central city and beating heart of Kansai, the western region of Japan, which has its own unique character and atmosphere vastly different from Tokyo and the Kanto region in the east. The city can be accessed from overseas by Kansai International Airport (KIX) or via shinkansen bullet train from Tokyo. There’s plenty to see and do and to eat in Osaka, and even more in the wider Kansai region outside the city. Here are ten spots that can be visited from Osaka in a day.

With shrines, temples, and UNESCO World Heritage sites galore, Kyoto, the ancient imperial capital of Japan, is a must-visit if you’re in the Kansai region. It’s also extremely easy to reach from Osaka — just a 15-minute train ride by shinkansen. 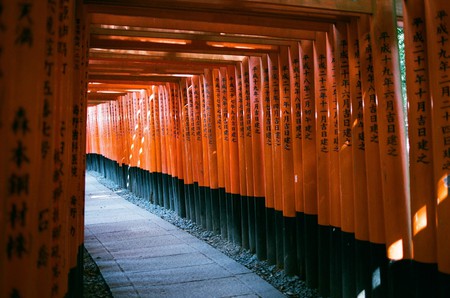 The city of Nara is even older capital of Japan than Kyoto and is home to historic treasures like the Todaiji Temple, which houses the largest bronze Buddha statue in the world. It’s located about 30 minutes from Osaka by express train on the Kintetsu Nara Line. 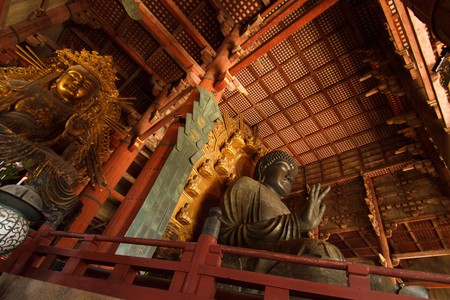 Kurashiki is a quaint canal town that was an important city of commerce in the Edo period. The town’s historic warehouses remain standing today, many of which have been converted to cafés, boutique shops, art galleries, and museums. 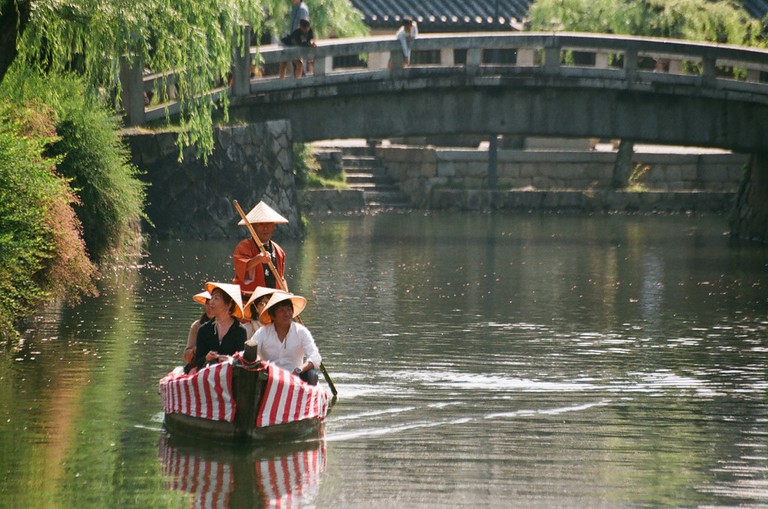 This hot spring resort town about a two-hour drive from Osaka is the locals’ closest taste to paradise. Shirahama Onsen is ranked among the oldest in Japan, and the seashore offers open-air hot springs, white sandy beaches (with sand imported from Australia — go figure), and nightly fireworks during the summer.

To get there by train, take the ‘Kuroshio’ limited express from JR Shin-Osaka to Shirahama Station and catch a bus to the beach. 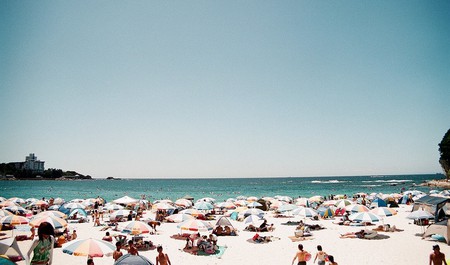 An excellent destination for sightseeing, the harbor city of Kobe boasts a welcoming international atmosphere infused with Japanese hospitality. Enjoy sake breweries in the Nada area, a lively waterfront district, and of course, some of Japan’s finest domestic wagyu, Kobe beef.

To get there, take a Rapid Express train on the Hanshin Main Line from Hanshin Umeda Station in Osaka for 30 minutes to Hanshin Kobe-Sannomiya Station. 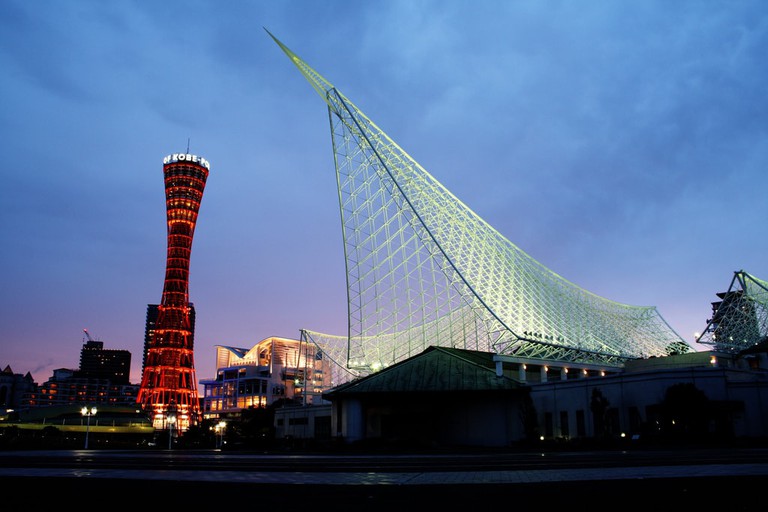 Himeji Castle is a national treasure and renowned as one of the most beautiful castles in Japan. To get there, take the shinkansen from Shin-Osaka 30-45 minutes to JR Himeji Station. The castle is a 20-minute walk from the north exit of the station. You can also take the shopping arcade Miyuki Dori just east of the north exit to Honmachi Shotengai, which ends a block away from the castle gate. 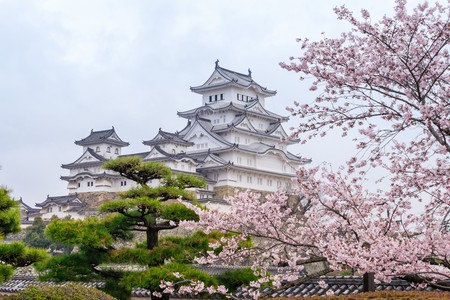 Hiroshima is a necessary destination for anyone visiting the Kansai region, if only for the culturally important Hiroshima Peace Memorial Museum, but also for Hiroshima’s fantastic local cuisine and the stunning views of Itsukushima Shrine at Miyajima. If you only have a day to do both Hiroshima and Miyajima, it’s possible to save time by taking the Miyajima High Speed Ship to go directly between the island and city center.

To get there, take the shinkansen from Shin-Osaka to Hiroshima Station. Travel times range from 1 hour 25 minutes to 2 hours 13 minutes depending on which shinkansen train you take. 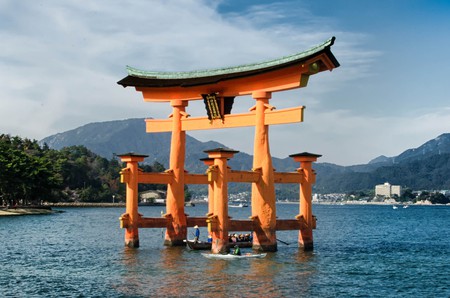 A mecca for modern art, Naoshima Island is located in the Seto Inland Sea. Although it’s easy to spend a couple of days exploring the island, it is possible to make the trip in a day and see most of the sights if you depart early from Osaka. Once on Naoshima, it’s recommended to rent a bicycle there so you can get around easily. 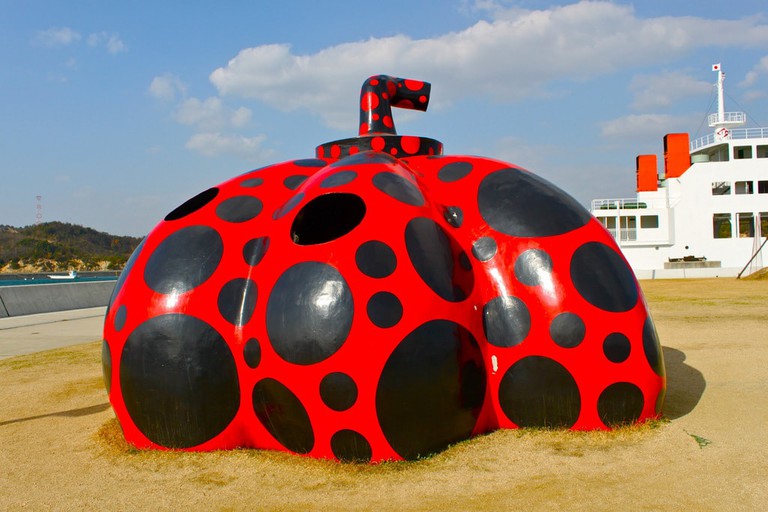 Lake Biwa, Japan’s largest freshwater lake, offers plenty to see and do. Visit a castle town or take a boat cruise on the lake or go on a cycling tour around it. In the northern part of the lake is Chikubushima Island, which can be accessed by ferry, home to gorgeous shrines and temples dating back to the 5th to 8th centuries.

To get there, take the shinkansen from Shin-Osaka to Otsu Station, approximately 40 minutes. 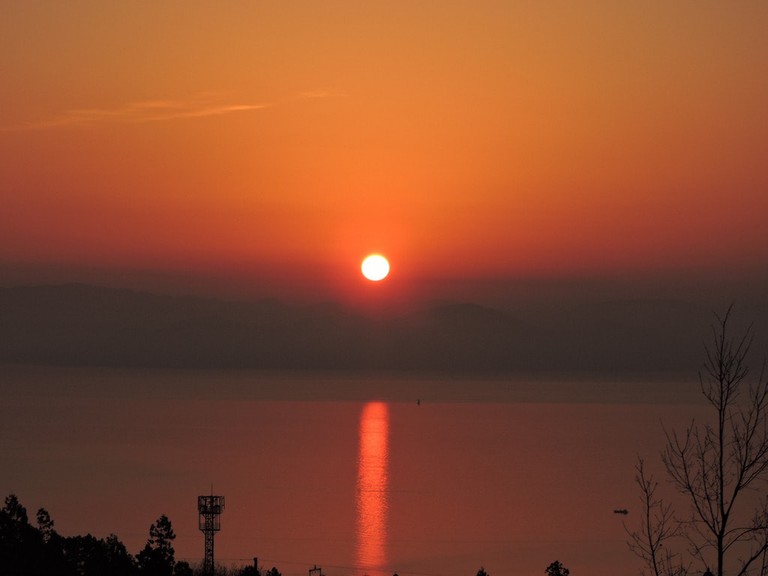 The most important Shinto shrine in Japan, Ise Grand Shrine is believed to enshrine the sun goddess Amaterasu. The shrine dates back to the 3rd century, and while the inner sanctums are off limits to public access, the surrounding forest is extremely popular among both casual tourists and more serious visitors on pilgrimage.

Ise is a bit far from Osaka, but still possible to visit in one day with careful planning. To get there, take the express train from Kintetsu Osaka Namba station bound for Kashikojima to Ujiyamada Station (about 1 hour 50 minutes). From Ujiyamada, Ise Grand Shrine is about 15 minutes by bus. 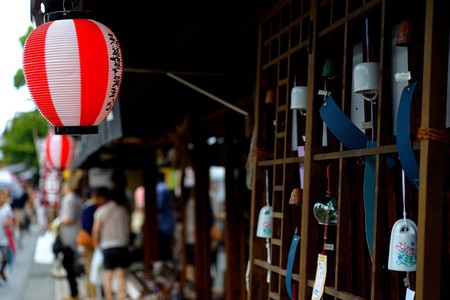