The Rokugo Manzan Temples of Oita: Where Shinto and Buddhism Collide 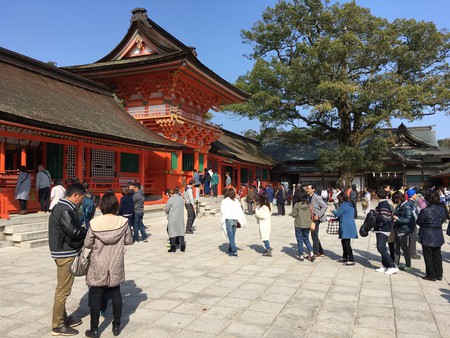 The Kunisaki Peninsula is a remote corner of northeast Oita Prefecture, famous for its power spots or spiritual places. Since ancient times, the tranquil mountainous area has been a training place for those seeking spiritual enlightenment through mountain worship and is a popular pilgrimage route. The rich local religion of Rokugo Manzan combines elements of Buddhism, Shintoism, and ancient mountain worship, revolving around several temples in the area.

In the 8th century, a mysterious priest called Ninmon, founded 28 temples in the Kunisaki Peninsula. These temples were set up in the six districts along the valleys radiating from Mount Futago. The region was called Rokugo Manzan, which literally means “Six Districts, Full of Mountains”. The unique temples combine elements of Buddhism and Shintoism, with the lower halls of the temples typically featuring Buddhist statues, while the upper halls enshrine Shinto gods. The Kunisaki Peninsula is full of ancient relics and artefacts that have been standing for over a thousand years. 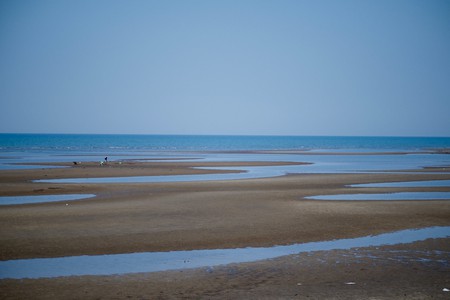 Futagoji Temple was established in 718 on the slopes of Mount Futago, the highest mountain on the Kunisaki Peninsula. The Tendai Buddhist temple is the central temple of the Rokugo Manzan culture and is home to many beautiful temple buildings, among them are the Gomado Hall and Okunoin Hall, which are located in its precincts. It is famous for its pair of stone Nio (temple guardian) statues which can be found at its entrance. 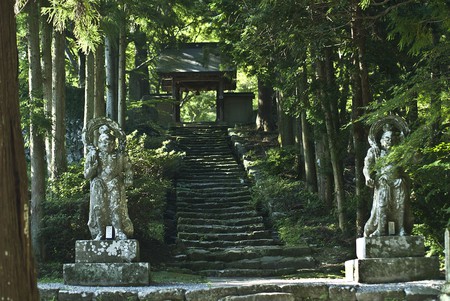 Fukiji Temple in the southwestern valley of the peninsula was also established in 718. Its Amida-do (Main Hall), the oldest wooden structure in Kyushu, is a national treasure. The wooden main hall is beautiful, set against the backdrop of green trees, and features colourful pictures portraying various themes of the Buddha. 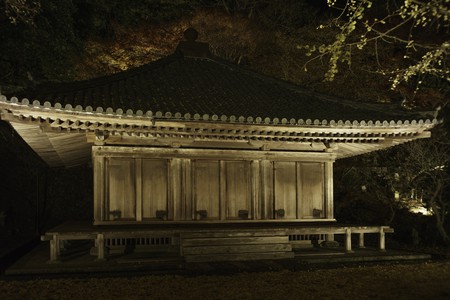 Makiodo, founded in around 720 is a historic hall located about five km south of Fukiji Temple. It features an Edo Period (1603-1868) Hondo (Main Hall) and exhibition hall dating from 1955, which contains nine Heian Period (794-1185) Buddha statues that have been designated as Important Cultural Properties of Japan. 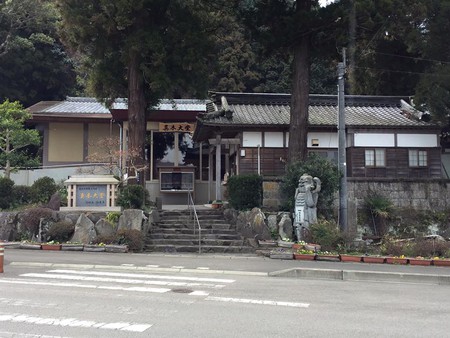 Iwatoji Temple was founded in 718 and is located about five km north-northeast of Mount Futago. It also features a pair of Nio guardian statues at its entrance, with one of them containing an inscription, “1478”, the year it was created, making it the oldest Nio statue on the peninsula with an inscription. The temple is famous for the 3.3 meter (10.8 ft) tall Kunisaki Pagoda, which is believed to be the oldest pagoda on the Kunisaki Peninsula.

Monjusenji Temple, located about 3 km south of Iwatoji is believed to be founded in 648 with Monju Bodhisattva (Mother Wisdom) the principal idol of worship. The temple is popular with worshipers wishing to pray for a child’s healthy growth, entrance into kindergarten, and passing school entrance exams. The temple is famous for its two Nio Guardian statues that are over 1,000 years old and stand at the bottom of a 300 stone stairway leading to the main hall at the top.

Tennenji Temple was first built in 718 and thrived during the Heian Period (794-1185) and Kamakura Period (1185-1333) as a place of Shugendo Buddhism training for enlightenment and devotion to prayer. The temple is famous for its Rokugo Manzan tradition of Shujo Onie Fire Fesival, which is held during New Year’s in Japan. 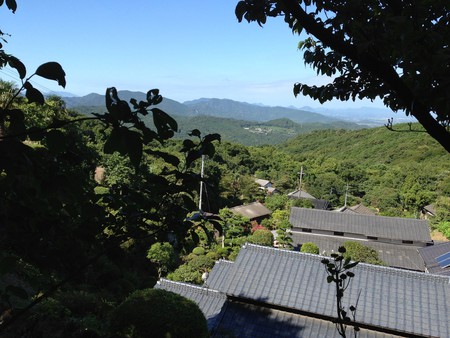