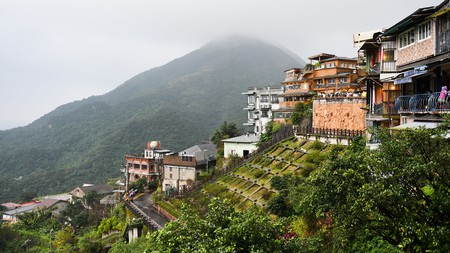 The Taiwanese town of Jiufen is said to have inspired the look and feel of ‘Spirited Away’ | © I.S.S Photography / Getty Images

Acclaimed animation house Studio Ghibli has created some of the most fantastical worlds in cinema, but where are the places that its animators looked to for inspiration? Culture Trip discovers the real-life locations behind the studio’s famous creations.

The fictional landscapes that serve as the backdrops for the films of Studio Ghibli are bursting with inventiveness and creativity, whether it’s the otherworldly sights of Spirited Away or the lush forests of My Neighbour Totoro. These are cinematic creations unlike any other and a testament to the talent and imagination of their creators.

But no one is an island, and the creative teams at Ghibli have frequently looked to real-world locations to give them the juice they need to conjure up such incredible realms. Here are some of the places on which the studio has based its films.

About an hour outside of Tokyo lies a lush expanse of greenery that inspired one of Hayao Miyazaki’s most beloved films. Sayama Hills is a forest park in Saitama prefecture, which the great animator used as the primary inspiration for his idyllic fable My Neighbour Totoro. The wide-open countryside depicted in the film is reflected in its real-life counterpart, with a nature trail for visitors that includes a spot named Totoro’s Forest. Totoro himself is waiting to greet visitors should they make it all the way to a store named Kurosuke House, which boasts a life-size statue of the titular creature for visitors to take selfies with, as well as a gift shop and information on efforts to preserve the area in the face of redevelopment, a sad reflection of the film’s subtext – namely that both childhood joy and rural beauty are two things that cannot last. 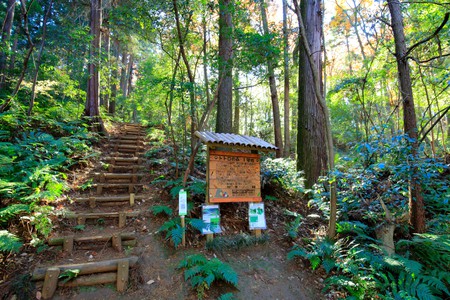 Miyazaki’s masterpiece Spirited Away takes inspiration from numerous places, but one of them is Jiufen, a mountain town situated outside the Taiwanese capital Taipei. Jiufen has a fascinating, if sombre, history. It was once the centre of Taiwan’s gold rush, but later, when Taiwan was colonised by Japan, it was used to hold a prisoner of war camp during World War II, during which many prisoners worked in the gold mines. Consequently, the place has a strong, storied sense of historical weight, making it the ideal muse for Spirited Away’s counterpart, which exists outside of human space and time. Visitors who flock to the real-life area may recognise sights that can be seen in the movie – red lanterns, gorgeous Asian architecture, winding steps and plenty of food stalls which, unlike the film, won’t transform you into a pig. 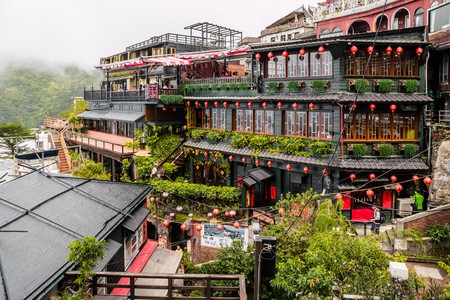 At the northern end of the Japanese mainland lies Yamagata, a rural heartland and the main setting for Isao Takahata’s enchanting 1991 feature Only Yesterday, which centres on a Tokyo office worker who reminisces about her childhood during a countryside holiday. The agricultural lifestyle of Yamagata prefecture is represented through the film’s unique soundtrack, which makes use of Romanian folk songs. Yamagata is also highlighted through the narrative subtext, as protagonist Taeko is torn between her office worker life in Tokyo and opting for a “peasant” lifestyle as a farmhand – a simpler life but no less hard-working – in the countryside. Throughout Only Yesterday, Takahata’s reverence for the earnest beauty of farm life is shown through the film’s bright, beautiful animation.

Bathhouses are a Japanese institution, and Ghibli films have always reflected Japan’s cultural identity, whether it’s the everyday (My Neighbours The Yamadas, 1999) or the more mythical (Pom Poko, 1994). It is widely believed that the bathhouse in Spirited Away was greatly influenced by Dogo Onsen, a venerable building in Matsuyama dating back to the late 19th century. Just as the bathhouse in Spirited Away enjoys a distinguished clientele of phantasmagorical spirits and minor deities, so too does Dogo Onsen, as it’s a frequent destination for the Japanese Imperial family. The magnificent onsen in the animated film is mimicked by the elaborate architecture both outside and in – attendees who step inside will find a maze of tatami hallways, stairs and passages where attentive staff dash back and forth, just as they do in the movie. 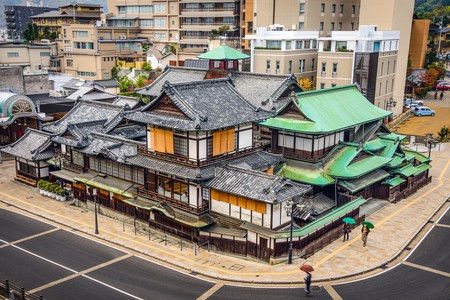 Miyazaki’s dark fable of ecological destruction represents the best example of a fictional world mirroring a real-life location in Studio Ghibli’s back catalogue. Yakushima is a sub-tropical island located just off the southernmost tip of Japan, and its history is a legend in itself. It was settled in Japan’s Jomon era, the country’s earliest known period of prehistory, which began around 14000 BCE. One of the oldest evergreen forests in the world, it symbolises Japan’s more mythical side and the Shinto ethos of the divinity inherent in nature. As a result, wandering among its flora – much of which dates back 1,000 to 2,000 years – feels like wandering through an enchanted forest. 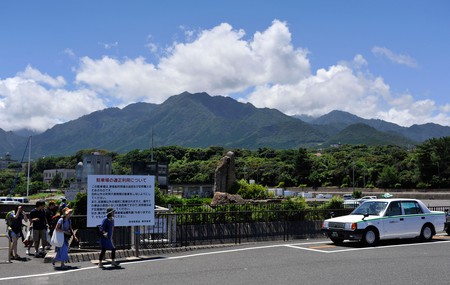 Miyazaki’s supposed directorial swansong (he recently came out of retirement a third time and is currently working on his next feature), The Wind Rises is a complex work, musing on war, creativity, human mortality, loss and the cost of fulfilment. Two pivotal scenes in the film occur in its third act, set at Hotel Kusukaru, a fictional establishment but one that is based directly on Kamikochi Imperial Hotel, located near the Japanese Alps. In one scene, a stranger with grey eyes warns of the disastrous folly of World War II and Japan’s imminent destruction. In another, aeronautical engineer Jiro Horikoshi finds the love of his life, the sickly but kind-hearted Naoko, and throws a paper plane towards her balcony. The luxury hotel shares much with its real-life counterpart, even down to the year it opened in 1933.

Kyoto is Japan’s spiritual capital in more ways than one. It was the capital city from 794 CE until 1868, when Tokyo was given the honour during the Edo period, but it is also Japan’s spiritual centre – the city and surrounding areas house hundreds of Buddhist and Shinto temples and shrines. In the final film by Isao Takahata, a family discovers a tiny baby girl in the hollow of a bamboo stalk. Arashiyama Bamboo Forest, just outside the city centre, is awash with bamboo plants, its historical and spiritual ambience acting as the muse for a film in which the protagonist grows into a conflicted young woman pondering her identity and origins. The majestic bamboo forest, with its mesmeric swaying trees, reflects the themes of the film – nature as a mysterious, omnipotent presence that will outlast all of humanity. 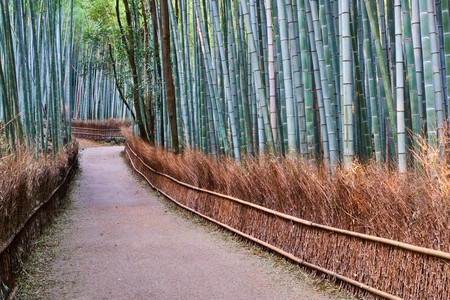 Kiki’s Delivery Service, alongside Porco Rosso (1992), is unique among Miyazaki films as it eschews Japanese cultural motifs in favour of a more European look and feel. The charming bakeries, city streets and architecture seen in the film came about after writer-director Hayao Miyazaki and his team went on a field trip to the cities of Stockholm and Visby on the Swedish island of Gotland for research during pre-production. This itself is in keeping with the source material, a novel by author Eiko Kadono, set in a fictional city somewhere in Northern Europe. The change of locale affects not just heroine Kiki but also the audience – we are outsiders in a new place, beautiful but also foreign, and we are discovering it in tandem with the film’s protagonist.