The Oldest Hotels in the World 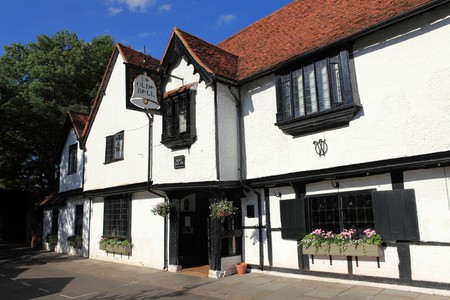 We all love the benefits of modern convenience when going away on a holiday, but that doesn’t mean we have to restrict ourselves to new buildings. These historic hotels we’ve found might be ancient, but they are bursting with character. Check out our guide to the oldest hotels in the world.

Temporarily renting rooms and beds has been a practice that dates back centuries. We can’t be sure when the first hotel was opened, but we can be pretty accurate when it comes down to finding the oldest such establishments that you can still stay in today.

The oldest hotel in the world

According the the Guinness Book of Records, the oldest continuously operating hotel has been open since AD 705. Not only that, but the business has been in the same family for over 50 generations!

The landlocked prefecture of Yamanashi is known for its natural beauty, and it’s here you will find Nishiyama Onsen Keiunkan, a traditional Japanese ryokan in the heart of the Chūbu region. Having opened in the 8th century, the hotel was founded by Fujiwara Mahito during the Keiun era, and initially operated as an inn offering shelter to shogun, samurais and more ordinary travellers. The most popular feature both then and now is the hot spring that runs through the hotel and fills the hot baths that attract visitors from around the world. 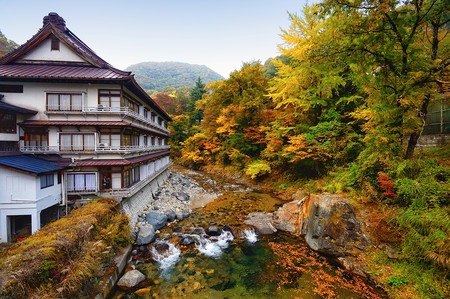 There are a number of other ryokan dotted around Japan that were built soon after the first one in Yamanashi, making Japan the place you need to head to if you really want to step back in time and get the most authentic experience possible.

The oldest hotels in Europe

Heading away from Japan, the picture becomes far more confusing. Several hotels in England alone claim to be the oldest on the continent.

The requirement for accommodation on long journeys saw the introduction of inns, places where weary travellers could eat, drink and rest before continuing onwards. It is believed that the first inns would have been built by the Romans thousands of years ago as they established road networks around their empire. 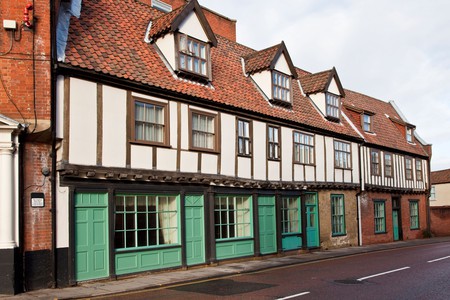 The timbre-frame medieval houses in Norwich, UK are said to be part of the oldest hotel in Europe | © Sid Frisby / Alamy Stock Photo

The word ‘hotel’ only came into popular use in the 18th century. Inns that first adopted the modern terminology can technically claim to be the oldest hotels – by virtue of being the first to call themselves ‘hotels’ – but comparatively speaking they aren’t that old at all.

Two leading contenders for the title of the ‘Oldest Hotel in Europe’ are the Maids Head in Norwich and the Olde Bell Hotel in Hurley. Both establishments claim to be the first hotel in the country, opening around the turn of the 12th century, and both are still in operation. Catherine of Aragon is reported to have stayed at the Maids Head, with the Olde Bell hosting an historic meeting between Dwight D Eisenhower and Winston Churchill in the course of World War II.

The oldest hotel in America

Visiting historic hotels has become something of a popular experience in America, with a dedicated website highlighting the stories behind some of the first inns and hotels in the country.

The East Coast is where you need to head if you want to explore the origins of modern-day America, and the same is true if you want to stay at any of the hotels from the early days of the United States. 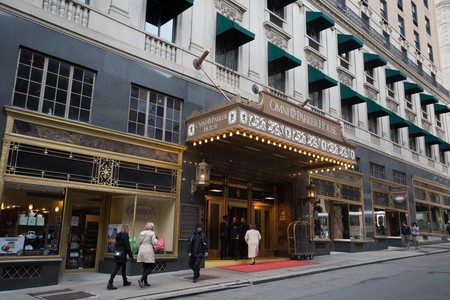 The Kelley House Hotel was first opened as a tavern in 1742. The Massachusetts landmark was also a colonial pub before offering sailors a place to rest during the revolutionary era. As with English cousins, however, American hotels are keen to establish a distinction between roadside inns and purpose-built hotels.

Boston’s Omni Parker House has been labelled the longest continuously operating hotel in the United States, opening in 1855. That’s over 100 years after the Kelley House was built, but with a huge lobby area, several floors and hundreds of rooms, Omni Parker House is certainly more in line with what we would consider a ‘hotel’ in the modern sense.