The Most Unique Onsen Towns in Japan 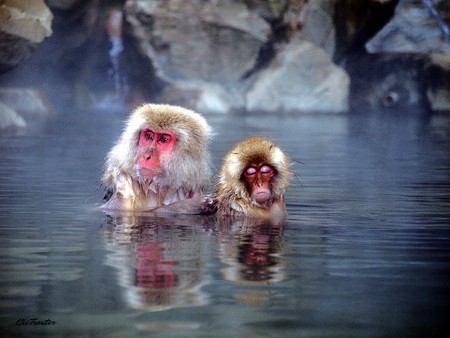 Whether you’re in need of a short city escape, are on the hunt for the ultimate relaxation vacation, or want to be buried neck-deep in sand, there’s something for everyone when it comes to onsen bathing in Japan. Here’s a rundown of the most historic and unique onsen towns in the country.

Onsen bathing is practically a national sport here in Japan, and rightly so – the country’s volcanic landscape is a hotbed of hot-spring activity. Almost every town with a hot spring claims it has the best baths in the nation, but what’s actually true? 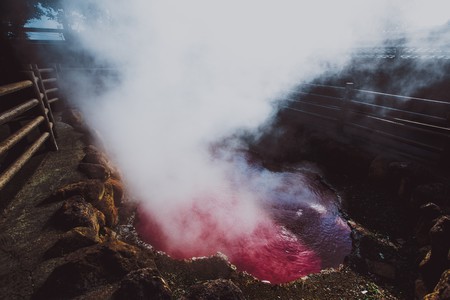 One of the country’s most famous hot spring resorts, Beppu is also home to one of the strangest spa treatments. Located in the southern island of Kyushu, an area known for its dense population of volcanic onsen baths, Beppu has some of the most diverse hot springs in the country, but the sand bath is its standout feature. As has been covered in a little more depth here, taking a Beppu sand bath requires you to be buried up to your neck in a giant pit of warm volcanic sand. The theory has it that, as you sweat, the toxins are released from your body; it leaves you a little flushed, but ultimately rejuvenated and feeling like you’ve just experienced a complete full body massage. 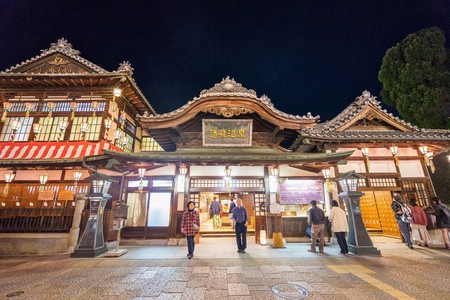 The humble town of Ehime on Shikoku island is where you’ll find Dogo Onsen, a bath so magical that it inspired one of the best anime films in history, Hayao Miyazaki’s Spirited Away. Although it’s still not that well known by foreign guests, Dogo has been for centuries a hot secret for local travellers looking for the perfect place to soak away their stresses and escape reality. The multi-levelled Dogo Onsen bathhouse is like the centrepiece of the town, a gathering place for locals, and if you look closely, you’ll notice the unmistakable silhouette of the main backdrop of the magical film. 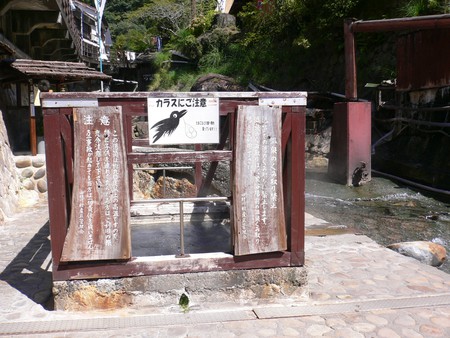 If you’re interested in digging a little deeper, beyond the concrete jungles, and really getting lost in the stunning natural beauty that Japan has to offer, Wakayama is the perfect prefecture to do it. Situated just below Nara, the prefecture is home to untamed mountainscapes, rugged coastlines and the historic Kumano Kodo pilgrimage trail. Once you’re done exploring the diverse landscape, be sure to stop by Yunomine Onsen, a picturesque onsen town that’s home to one of the oldest hot springs in Japan. With steam billowing out through the clusters of ramshackle wooden bathhouses, winding pathways and a stream of hot-spring water running through the centre of the town, Yunomine Onsen is the quintessential, picture perfect traditional Japanese bathing town. 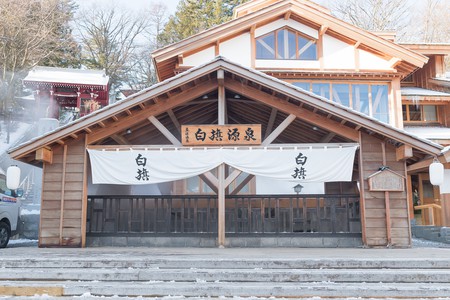 Located in Gunma prefecture, Kusatsu Onsen feels worlds away from the neon lights of the city, but in reality it is an easy weekend escape from Tokyo, about three and a half hours away by train. Nestled up in the mountains, 1200 meters above sea level, the town is beautiful all year round, but in winter it’s exceptional. There’s something magical about taking a long peaceful hot soak as snow settles around the open-air hot spring baths. If you’re chasing a little more action, the area that surrounds the onsen town is surrounded by ski slopes, too. 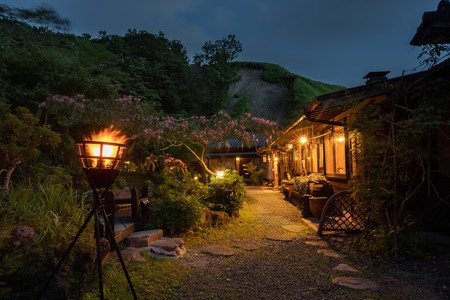 Another one for the hot-spring populated island of Kyushu, Kurokawa Onsen is located about 20 kilometres (12 miles) north of the towering Mount Aso, an active volcano with an almost moon-like landscape. Given how close the town is to the barren volcanic landscape, its lush landscape is rather surprising. It’s surrounded by rich green foliage that transforms in colour during the passing seasons. Like something ripped straight from the pages of a historical novel, Kurokawa Onsen’s small network of roads and laneways are lined with bathhouses, shops and classic ryokan inns that have hardly changed over the course of their centuries-old existence. 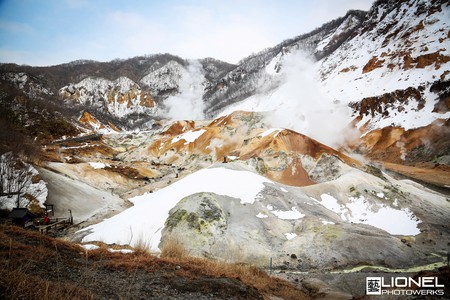 Head far, far north to the snow-capped island of Hokkaido, and you’ll find Noboribetsu Onsen. The area is home to a massive variety of hot springs, but most striking is Jigokudani, more famously known as Hell Valley, a mountainous rocky landscape covered in hot steam vents and barren sulphur-caked rock that looks entirely out of this world. Another amazing sight in the area is Oyunuma, home to the hot water Oyunumagawa River; this spot is especially stunning in autumn when the foliage that flanks the river turns fiery shades of red, orange and gold. 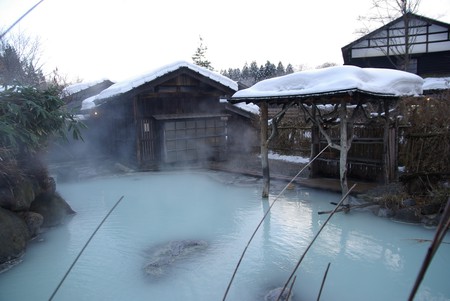 If there had to be one onsen resort relegated to the luxury traveller, it would be the postcard-pretty town of Nyuto Onsen. Located in the mountains of eastern Akita Prefecture, Nyuto Onsen is a cluster of eight elegant ryokan inns, each boasting their own unique bathing facilities. Although each onsen technically belongs to the ryokan in which it resides, the baths are open to non-staying guests for an admission fee. A less refined but funny fact about Nyuto Onsen is that its name translates in English to “nipple hot spring”, a cheeky nod to the suggestive silhouette of the neighbouring Mount Nyuto. 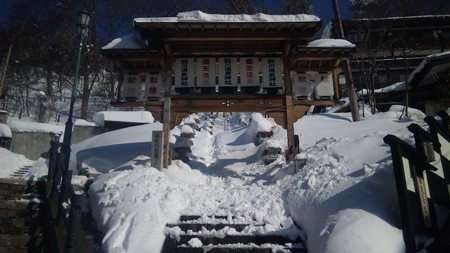 Most well known for its impressive skiing facilities and towering snow monsters, Mt. Zao is also a quaint onsen resort. Located in the volcanic mountains of Yamagata, about 880 meters above sea level, Zao Onsen’s waters are some of the most acidic in the entire country, which may sound like a bad thing, but it is actually the perfect remedy for tired, ski-worn muscles. Suitable for all tastes, Zao has both traditional-style and more modern bath facilities scattered across town, but the outdoor baths are arguably the best.