The Most Innovative Housing Solutions From Tokyo 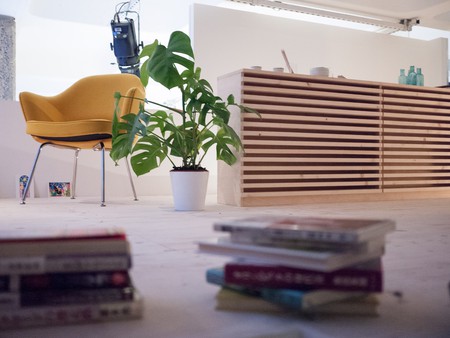 Limited space, regular tremors and earthquakes – building a house in Tokyo, one of the most densely populated and geographically tumultuous corners of the world, is no easy feat.

However, as the saying goes ‘necessity is the mother of invention’, this statement couldn’t be truer in the world of Japanese residential architecture. From houses built on minuscule blocks of land to monolithic structures filled with natural light, here are some of the city’s most fascinating houses.

Half open-plan living, half-adult adventure hangout, ‘House T’ is the work of Tokyo-based firm Hiroyuki Shinozaki Architects. Built for two people, each room of this house overlooks a communal open space and is accessible by a network of stairs and wall cutouts giving it an airy, comforting feel. Only accessible by a narrow alleyway, and ideal for the nimble, the home is probably what a 21st century ninja would live in.

House T from JA+U on Vimeo.

While 1.8 meters seems like not enough space to pitch a tent, let alone big enought for a full multi-room house, somehow YUUA Architects manages to defy the seemingly impossible. The ultimate in ‘skinny homes’, this building contains a number of platforms that have been secured by interior beams, giving it strength from the inside out and allowing the 1.8-meter-wide home to fit into the 2.5-meter lot. The Toshima house was built for a single resident and a feline companion. Not a single inch has gone to waste here, with the house containing a storage space, bathroom, bedroom, study, kitchen, loft and terrace.

measuring at a width of 2.5 meters and a depth of 11 meters, this extremely narrow sized property is by japanese firm YUUA architects. #architecture #japanesearchitecture #YUUAarchitects image: sobajima, toshihiro

This monolithic structure looks like an avant-garde art gallery, but it’s actually a fully functional home. Built by the Yoyamagata Architects team, the exterior is so incredibly private, but inside is not as cavernous as its exterior lets on. With a small open courtyard carved into its side, the earthquake-proof-looking building manages to blend the natural and man-made effortlessly creating a breezy space that flows from one room to the next. Thanks to its minimalist, almost anti-trend driven design, the house looks as fresh and modern as it did the day of its completion almost a decade ago.

Part treehouse, park glass walled green house, part jungle gym, this home titled ‘House NA’ was crafted by the iconic Sou Fujimoto Architect group in a quiet, residential corner of the city. Commissioned by a young local couple, the home gives very little in terms of privacy, blurring the line between indoor and outdoor space. The house is constructed from a series of floor plates of different sizes, carefully stacked to create the multi-level structure, which also features movable stairs.

If super clean minimalism is a key to your idea of good design, well meet The Moriyama House in Ota-ku, an aesthetic dream and a fully functional casually light filled house tucked away on the corner of a sleepy residential suburb. The house is actually comprised of 10 white boxes of differing sizes, some single story some multi-story carefully scattered around the garden-filled block. Described as an experiment, this building has garnered plenty of attention in architectural and design magazines since its creation in 2005.

Located in Nakano, one of the most densely populated residential suburbs of Tokyo, this home is a marvel of ingenuity and the ultimate in maximum space usage. It was designed by local architects of Tekuto. The main requests of the client for this place was that it had to be interesting, had to make the most of the space on offer, and it needed a parking lot with a roof. What they created is an almost gravity-defying structure offering the ultimate in privacy while still allowing the inside space to be flooded with natural light. Bulging at the top while tapering at the bottom, the construction allows the overhang of the building to provide coverage and create a carport that, although carefully constructed, somehow still feels like an effortless afterthought.

Amazing Mineral House is a Multi-Faceted Micro Home in Japan 🇯🇵 This striking micro home in Japan is an amazing example of efficient design for small-space living. Designed by Tokyo-based Atelier Tekuto, the faceted three-story home is located on a small corner lot near the center of Tokyo. Abstractly titled "Reflection of Mineral", the home is a study in small spaces, simple finishes, and daylighting through the use of transparent and opaque surfaces that suffuse the interior with light.

Standing proud in the neighbourhood of Suginami is Hori no Uchi House, it may not be the prettiest, it’s still one of the city’s best uses of residential space. Its unorthodox design makes the most of the small triangular plot of land on the corner of the street, the plot that most would just leave to waste. But this is Tokyo, and if there’s one thing you can’t waste, it’s space. The downstairs is the bedroom area, while upstairs unfolds into a surprisingly spacious open plan living space with a loft, kitchen and triangular roofing. The house was created by Mizuishi Architect Atelier, one of Japan’s most innovative firms.