The Living Bridges of the Iya Valley 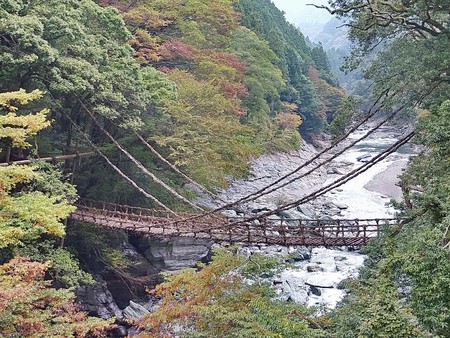 The Iya Valley is a picturesque part of Tokushima Prefecture deep in the heart of Shikoku, one of Japan’s four main islands. It is famous for its dramatic mountain valleys, deep rocky gorges and historic vine bridges. The natural untouched wilderness offers a trip back in time to old world Japan with its kayabuki thatched roof farmhouses and kazurabashi living vine bridges.

The History of the Iya Valley

The remote location of the Iya Valley, in the inner part of Shikoku, has made it a popular hiding place for fleeing samurai warriors and refugees over the centuries. One of the area’s most famous inhabitants were members of the notable Taira Clan, who were rumoured to have sort refuge there after losing the Genpei War (1180-1185) to the Minamoto Clan, who went on to form the Kamakura Shogunate in the late 12th century. It is believed that the bridges of the Iya Valley were first created by the members of the Taira Clan who hid in the valley. 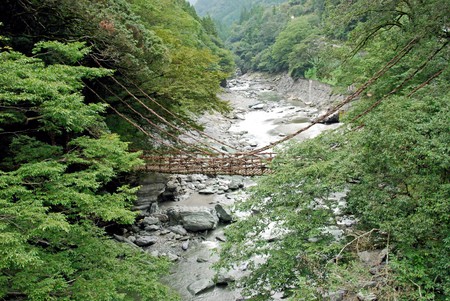 The Iya Valley, one of Japan’s Three Hidden Valleys is best known for its historic vine bridges or kazurabashi in Japanese. The precarious looking bridges constructed of mountain vines served as the main way to cross the Iya River. In the past, 13 bridges once spanned the valley, but today only three survive. There are two sets, a single vine bridge in Nishi Iya and a pair of vine bridges in Higashi Iya. 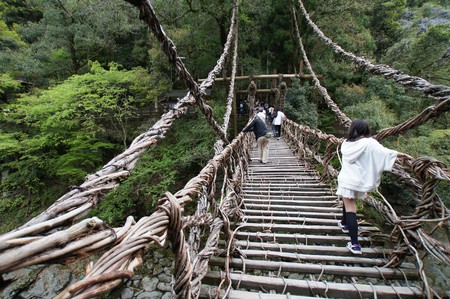 The valley is divided into two halves with Nishi Iya (West Iya) the most popular and more developed area of the two. It is home to a single vine bridge, simply known as kazurabashi, which is located close to the main village. The bridge is 45 meters (147.6 ft) long and stretches 14 meters (45.9 ft) above the river. It is open from sunrise to sunset with entrance to the bridge costing ¥550. Don’t worry! The bridge might seem very scary but today the mountain vines are reinforced with hidden steel cables to ensure that it is quite safe. 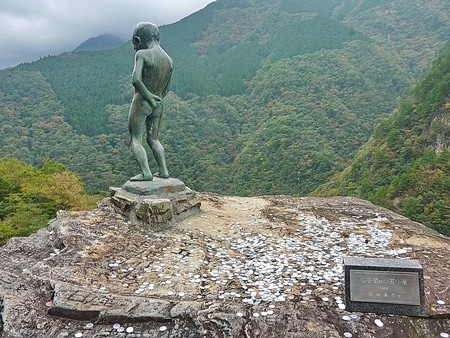 Higashi Iya (East Iya), also known as Oku Iya (Deep Iya) is the more remote with dozens of historic hamlets of traditional thatched roof homes located on the mountainside. Those with an adventurous spirit who are willing to venture out deep into the unspoiled wilderness will be rewarded with secluded natural splendour and a pair of scenic vine bridges. Known as the Oku-iya Kazurabashi, it is hidden somewhere at the eastern end of the valley and offers a more atmospheric and less crowded experience. The two vine bridges stand side by side like a married couple, Otto no Hashi (Husband’s Bridge), is the longer (44 meters / 144 ft) and higher of the two, evidently making it more manly, and Tsuma no Hashi (Wife’s Bridge), which is slightly smaller (22 meters / 72.1 ft) is more like your everyday Tarzan jungle vine bridge that is quite scary if you have a fear of heights. 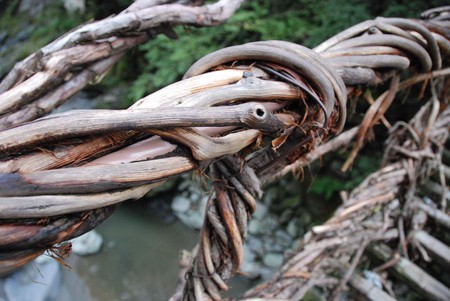