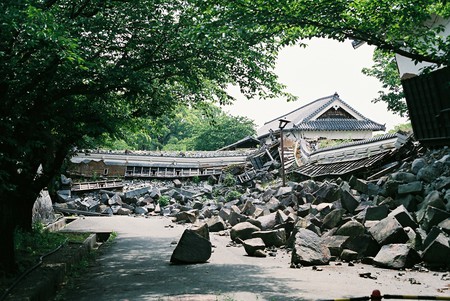 If you’re a fan of puzzles or Japanese architecture – or maybe even both – then be sure to pay a visit to Kumamoto Castle, a landmark in Kumamoto city, and now officially the world’s most difficult jigsaw puzzle.

In April 2016, the city of Kumamoto on the Japanese island of Kyushu was shaken to its core when it faced the wrath of a magnitude 7.3 earthquake that was not only structurally destructive, but also fatal. Many of the city’s landmarks faced some wear and tear, but the effects of the quake are arguably most prevalent here on the grounds of Kumamoto Castle. 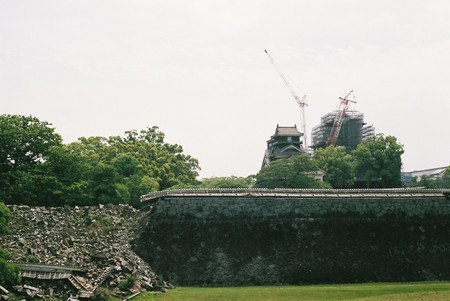 The castle under construction | © Lucy Dayman

It’s reported that in total around 30% of the castle walls were damaged, while around 10% of it fully collapsed, sending the boulders that made up a large portion of the castle’s structural base rolling down the hills that surrounded the area.

Surrounded by barricades and held together by scaffolding, it’s estimated that rebuilding the castle is going to take decades, well, at least two, because the city is determined to put it back together by placing each stone back in its original position. The exercise is estimated to cost around 60 billion yen (US$550 million). 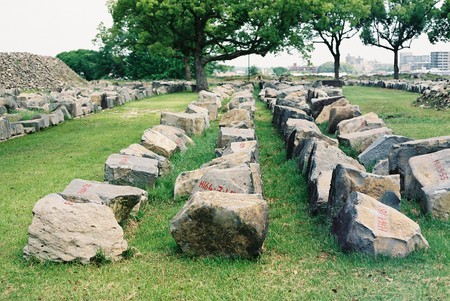 Castle stones in the midst of sorting | © Lucy Dayman

If you visit today, you’ll find meticulously ordered rows of massive chunks of stone, each marked with a unique number, a signifier of its position in the final castle recreation. Based on historic documents and old photos, workers are powering through the unenviable task of figuring out the position of each stone.

Once the positions have been figured out, they’ll then be stacked exactly where they originally sat in order to ensure accuracy. According to the team behind the reconstruction, even one single stone in the wrong place will make it impossible to rebuild the castle properly. 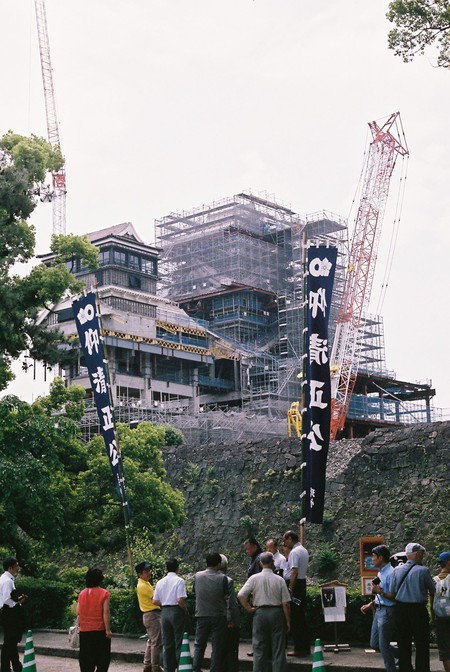 Kumamoto’s unwavering dedication to safeguarding the integrity of this iconic local monument is a fascinating look at the real life theory of the ‘Ship of Theseus’ a thought experiment that asks the question; if an object that has had all its pieces replaced, or has been pulled apart and put back together, is it still the same object?

The people of Kumamoto seem to believe so, enough to put their once towering tourist magnet under construction long enough to potentially jeopardise 20 years of tourist traffic to ensure the integrity of the structure stays the same.

Given the social, historical, and symbolic importance of the castle, many local and international groups have chipped in to help fund and support the rebuilding efforts. One of the ways to help out is by building your own Kumamoto Castle which you can purchase online at the Kumitate Bokin website. All of the proceeds from each 2,000 yen (US$18) purchase will go back into the rebuilding of the castle. It’s estimated that rebuilding your own cardboard castle takes around 30 minutes – a minuscule amount of time compared to the real thing.