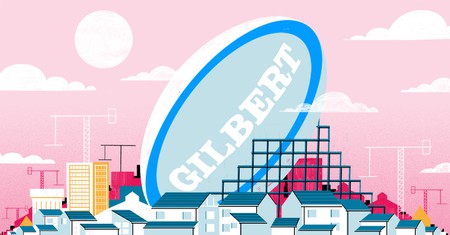 Kamaishi is set to become the smallest host city in Rugby World Cup history once the tournament arrives in Japan in September 2019. When the city submitted its bid, it was less than a year after a devastating tsunami had brought the region to its knees.

Walking around the modest fishing city of Kamaishi, located on Japan’s Sanriku Coast, it’s impossible to avoid construction sites and other signs of rebuilding. Look more closely and you’ll notice that some of the buildings are adorned with a blue sign some three or four metres from the ground. Near the coast, they can be as high as eight metres. These signs do not denote street names or traffic stops, but instead mark how high the water reached when a tsunami engulfed the city in 2011. Seven years on, Kamaishi is preparing to host the 2019 Rugby World Cup. 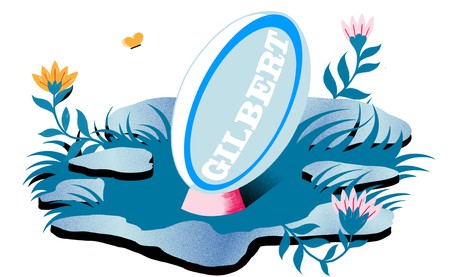 “Some people said we had to start from zero, but the truth is it was far less than that,” says Toshio Hamato, a doctor and general manager of the local rugby team. Hamato was integral in bringing the Rugby World Cup to the small city of Kamaishi. Given the widespread destruction caused by the tsunami, the idea of inviting the world to come to the Iwate Prefecture was, at one point in time, unfathomable.

“It was 2.46pm, I will never forget that,” says Hamato, speaking of the tsunami. “I was working in my clinic. When we saw what was happening we ran up to higher land. As we were running I only looked back once. I saw this enormous black wave engulf the clinic and so we just kept running.”

Two days later, Hamato was allowed to return to Kamaishi. He discovered that his mother, father, wife and youngest daughter had all been killed. His two elder daughters had been in school at the time, and they had survived.

Nearly 16,000 people living in Northeast Japan lost their lives during the 2011 tsunami, and roughly 2,000 of those were never found. In total, 150,000 families lost their homes, while more than 1 million buildings were either partially or completely destroyed.

Japan’s winning bid to host the 2019 Rugby World Cup was announced in July 2009. At the time, there was a shortlist of potential host cities, and Kamaishi did not appear on it. The tsunami hit in March 2011, but by the end of that year a bid to host had been put forward by a group of Kamaishi citizens, and in 2015 it was officially chosen as one of 12 host cities.

Hamato is director of the Kamaishi Seawaves – once the most successful rugby team in Japan – and saw the World Cup as a chance to revive the city. “I found the idea of hosting World Cup games electrifying,” says Hamato. “People were afraid that hosting games would mean wasting money, but we needed hope and a goal to aim for.”

Throughout the city, there was a division of opinion between those who believed being a host city would generate investment and those who believed money should be spent elsewhere. Akiko Iwasaki, a local resident, was an early supporter.

“I wasn’t sure if hosting was possible, but we needed something,” says Iwasaki. “I was washed away by the wave. My daughter was screaming for me and I managed to scramble to safety. There was no colour in Kamaishi, but this has brought me happiness.”

Another influential voice in bringing the Rugby World Cup to Kamaishi was former player Yoshihiko Sakuraba. “The spirit to stand up after disaster is connected to rugby. When you get tackled, you get back up again,” says Sakuraba. Having represented his country 43 times (three of which were World Cups) and as a former member of Kamaishi’s local side (back when they were called Nippon Steel Kamaishi), Sakuraba is well aware of the connection between this city and rugby. 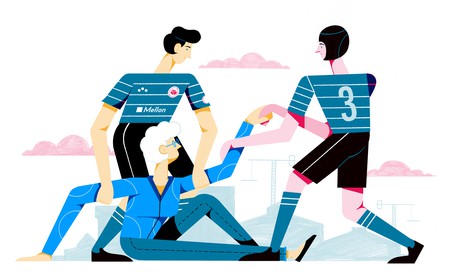 Between 1979 and 1985, Kamaishi won seven consecutive national titles. While sumo, baseball and football are more popular across Japan, Kamaishi and the surrounding region of Tohoku have a close affiliation with the oval ball.

“People would travel from all over the country to watch Kamaishi,” says Sakuraba. “It was rare in Japan for locals to have such a strong relationship with a sports team, but this team had it, mainly because lots of the players were from the Tohoku region. It was about power, people and heart.”

At their peak, the Kamaishi team could attract 60,000 fans for big games – almost twice the city’s current population. The sport has become ingrained in Kamaishi’s local culture. This meant that, when Japan was announced as the 2019 Rugby World Cup host, the idea that Kamaishi wouldn’t be involved was inconceivable to many. With their bid submitted to organisers, Hamato and his fellow volunteers set up a ‘rugby café’ where people could come and learn about the bidding process. It was this transparency that helped increase interest and support in the lead up to securing the bid, as well as after it.

While Hamato describes feeling nothing other than “pure relief” when their bid was accepted, some people celebrated. “I was so happy when they won the bid,” says Setareki Tawake, a former international rugby player for Fiji. “When they bid to host a game, most people outside of Kamaichi thought they’d get it because they were supporting the story. From outside, people knew rugby could bring them together.”

Tawake came to Japan to play rugby in 2004. He intended to stay just a year, but he is still here, 14 years on. Today he’s the coach at the Northern Bullets in Atika, which is about 161 kilometres (100 miles) from Kamaishi. “We felt the quake in Akita,” says Tawake. “We spent the night in a car park; no lights, no electricity.”

Taweke’s side were one of the first to come to Kamaishi, bringing supplies and relief. “We come to Kamaichi every year to play games, but then everything was flat. Everything. Just rubble.” Since that day, rebuilding efforts in Kamaishi have not stopped.

The Kamaishi Recovery Memorial stadium sits where two schools used to be, both of which were damaged in the tsunami and have since been relocated higher up the nearby mountainside. Its 6,000-person capacity will be boosted by 10,000 seats’ worth of temporary stands. From the main stand, it’s possible to see the new sea wall, which was built as a condition for hosting fixtures.

While other stadia in the tournament will be bigger, no ground will match Kamaishi for setting. Built partly from locally sourced wood, it sits with mountains on one side and the ocean on the other. It is located in the area that was worst hit by the tsunami and acts as a very literal illustration of the area’s recovery.

Looking at Kamaishi today, it is difficult to dispute that hosting the Rugby World Cup was a good decision for its residents. After the initial devastation of 2011’s earthquake, preparations for the tournament saw unemployment rates fall significantly as local residents were drafted in as construction workers to help build the stadium and other facilities. Local infrastructure has improved, and there has even been an uptick in the number of graduates becoming employed in careers involving disaster preparation.

Bit by bit, Kamaishi has got back on its feet. The hard work will have to continue once the world’s rugby fans leave, but it’s a good place to start. And for Iwasaki, it is a chance for his city to show “gratitude for the world’s support”.

Would Kamaishi have hosted the World Cup if the tsunami hadn’t happened? “Absolutely not,” says Iwasaki. “We wouldn’t even have put in a bid.”