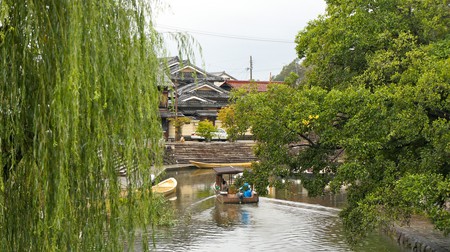 A picture that could be a scene of Omihachiman two hundred years ago | © go.biwako/Flickr

The Hachiman-bori in Shiga Prefecture is a man-made channel going through Omihachiman City. The channel connected the town to Lake Biwa, Japan’s largest lake. This allowed Omihachiman to develop into a thriving merchant town during the Edo Period, and the residents have worked hard to ensure the city retains its historic charm. Along either side of the channel, those same traditional merchant houses and storerooms greet visitors. This attracts not only those hoping to catch a glimpse of Old Edo, but movie buffs, too. The antique housing and streetscape provides the perfect backdrop for period movies like the live-action version of the samurai epic Rurouni Kenshin. As a result, the river boat cruise along the Hachiman-bori is one of Omihachiman’s most popular tourist attractions. 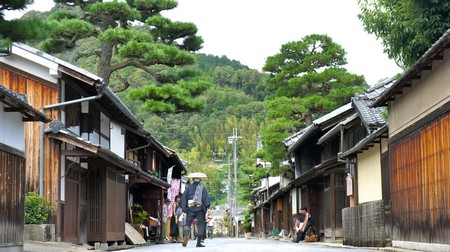 Welcome to Omihachiman City, home of the Hachiman Canal | © go.biwako/Flickr 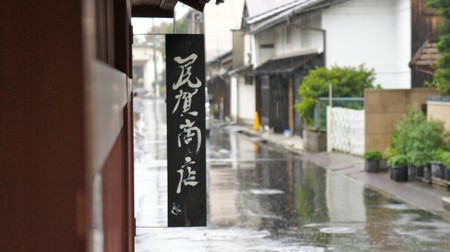 A rainy day in Omihachiman, a former thriving merchant town during the Edo Period | © go.biwako/Flickr 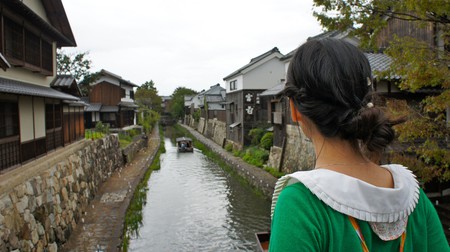 A woman looks down the Hachiman Canal | © go.biwako/Flickr 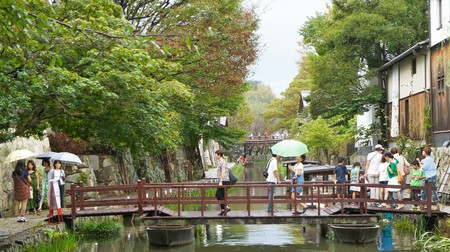 Visitors cross a bridge over the water | © go.biwako/Flickr 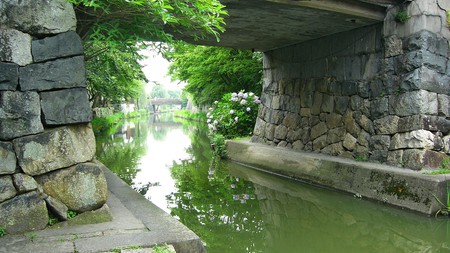 Years ago, this village was famous for its merchant population, said to be the shrewdest in all of Japan. Around the city, workers wear traditional-styled uniforms to work; stonework and wooden detailing add to the historic atmosphere. Beyond the steep walls of the Hachiman-bori you can witness the antique wooden architecture of Omihachiman City — looking as if every small detail has been thought about and tended to in an effort to maintain the city’s historic charm. It’s no wonder, therefore, that Omihachiman is a favorite among movie scouts and history buffs alike. 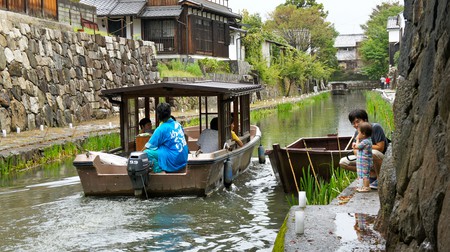 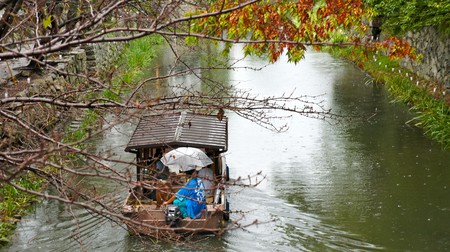 A picture that could be a scene of Omihachiman two hundred years ago | © go.biwako/Flickr 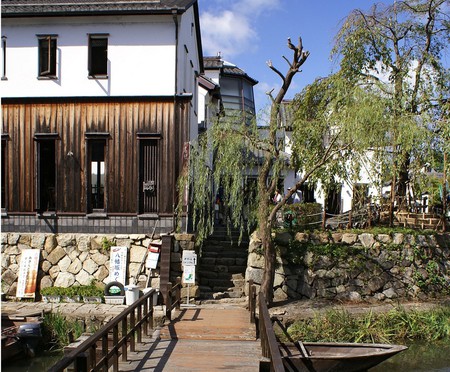 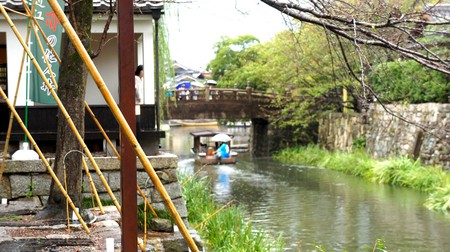