The Ghibli Museum: Enter The Fantastical World Of Hayao Miyazaki

Over the course of several decades, Studio Ghibli has developed into a Japanese cultural institution. The visionary animations of director Hayao Miyazaki have become an indelible part of Japan’s cinematic canon. The Ghibli Museum in Tokyo’s Inokashira Park is a monument to his fantastical creations and allows visitors both young and old to celebrate their love for these unique films. 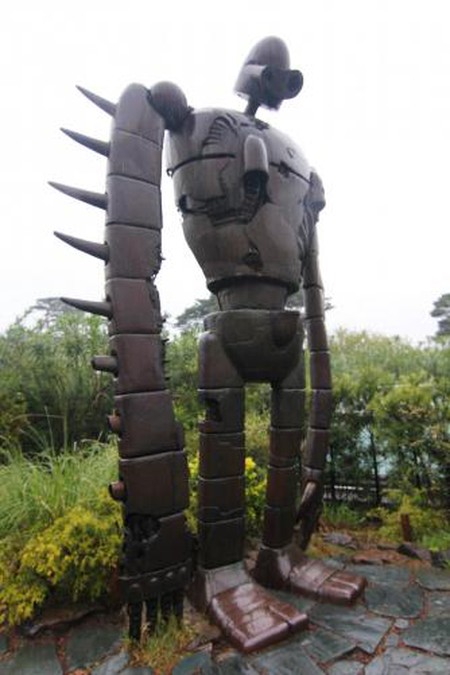 Often described as the Disney of Japan, Studio Ghibli is in fact something far more idiosyncratic and enchanting; a studio run on artisanal lines and led by the unique vision of one director: Hayao Miyazaki. He has not only been behind the studio’s most successful films, which regularly outsell both local and international block busters at the box office, but has also put his distinctive personality into all their productions, creating a host of characters who have become part of Japanese culture, and who are now as emblematic of Japan as its art or cuisine.

Studio Ghibli was founded in 1985 after the success of Nausicaä of the Valley of the Wind and has since produced 17 feature films, each of which has enchanted audiences in their own way. Generations have thus grown up on Ghibli’s distinctive mixture of fantasy and action, and their beguilingly surreal productions. Bizarre fantastical beasts and incredible mechanical creations populate Miyazaki’s films, which are informed by both Japanese mythology and the imagery of the European Industrial Revolution, with an emphasis on the sanctity of nature.

In films like 1986’s Laputa: Castle in the Sky and 1997’s Princess Mononoke, the battle between a rural past and the mechanisation of the Industrial Revolution is dramatised in the conflict between the isolated teenage protagonists and the mechanised military who would aim to trample that rural paradise. That these themes and motifs fit so elegantly in a children’s film is a testament to Miyazaki’s skill as a storyteller, and reveals why his films are so loved by adults and children alike.

Studio Ghibli manages to be affectionate and sentimental without being cloying and glib, a precarious balancing act which most children’s movies fail at. Perhaps Miyazaki’s most loved film is My Neighbor Totoro but his masterpiece is Spirited Away, which gave full scope to his surreal vision and opened him up to a new audience in the West through its phenomenal success. 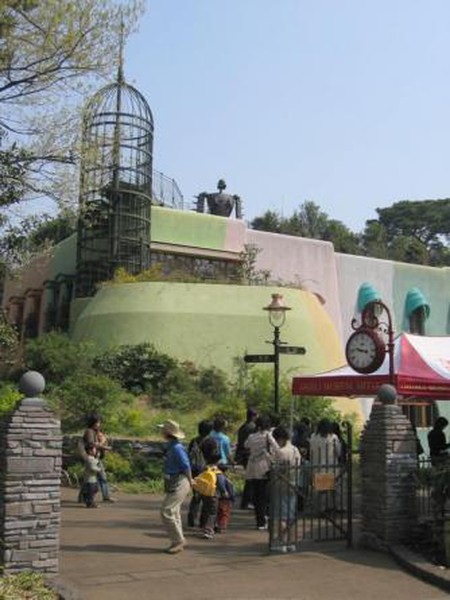 The incredible accomplishments and rich body of work produced by Studio Ghibli is celebrated in the Ghibli Museum, a monument to the characters, creatures and stories of Miyazaki’s films. This maze-like complex was designed by Miyazaki himself to combine elements of a fine art museum with a children friendly entertainment space, which stayed true to the eccentric character of the films.

The sprawling building is thus a mixture of various architectural styles which can at any point evoke Mediterranean mansions, classical Japanese buildings and Industrial Revolution chic – the museum makes the creatures and characters of his films come to life. This labyrinth of imagination also holds true to the museum’s motto “let’s become lost children together”.

The museum embodies that credo and allows people to indulge in some of the atmosphere of the films and to see their favourite characters come to life. A towering robot from Laputa looms over the garden, a huge Totoro gazes ominously out of a window and one room is devoted to the cat bus, featuring a huge stuffed version of the eponymous bus which is regularly covered with clamouring children eager to recreate their favourite scenes. 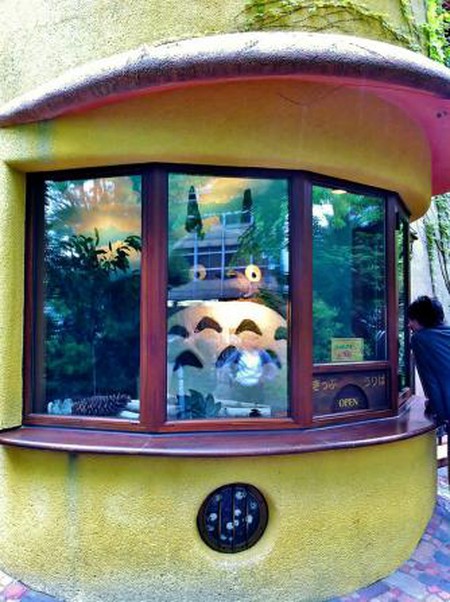 Every element of the building is dedicated to the Studio Ghibli family: from stained glass windows depicting Totoro, to a cinema adorned in typical Miyazaki imagery, to a gift shop named Mamma Aiuto, after the pirates in Porco Rosso – and sells every type of Ghibli paraphernalia that can be imagined.

The museum also features special exhibitions which focus on single movies, or on the work of other animators and artists. Miyazaki is now developing a project for the latest release from Studio Ghibli, The Wind Rises, a story based around Mitsubishi A6M Zero and its founder. There have been exhibitions devoted to Pixar Animation Studios, Aardman Studios, (creators of Wallace and Gromit) and works by the Russian animator Yuri Norstein.

These exhibitions celebrate the best of animation while the museum also devotes much of its exhibition space to animation itself, revealing Miyazaki’s passion for the form and its more traditional and artisanal techniques. Zoetropes and stroboscopes are used to reveal the processes behind animation, and there is a mock-up of an animation studio including authentic Studio Ghibli storyboards.

Although the Ghibli Museum can never truly attain the mystical world of the films, it is a charming and enthralling celebration of one of Japan’s most captivating cultural creations, and a fascinating introduction to the mind of its genius auteur Hayao Miyazaki.