The Evolution of Metal Music in Japan in 8 Songs 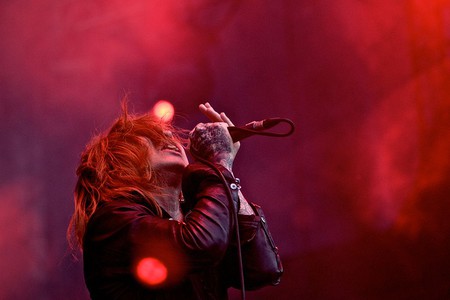 Japan’s contributions to the world of heavy metal music can be felt on a global scale. Explore the history of Japanese metal music in eight songs.

By the late 60s, covers of heavy metal bands from overseas and early metal pioneers were on the music scene in Japan. But the genre really took off in the late 70s and 80s. Bow Wow (now Vow Wow) is one of the earliest Japanese metal bands. Formed in 1975, the band opened for Aerosmith and Kiss in 1977 on the Japan leg of their tour.

Loudness formed in 1981. The band is still active today although not with the complete original lineup. They released over twenty five albums, including five in the United States – they were the first Japanese metal band to sign to an American record label.

Influential pioneers in the world of visual kei, X Japan formed in 1982. While they were criticized at first for their flashy looks, X Japan’s unique style was largely responsible for the band’s popularity. That, their progressive playing style and focus on lyrics allowed them to become one of Japan’s most successful metal bands.

Sabbat were one of the first black metal bands from Japan. In the 1980s, black metal, a heavier subgenre of metal, was thriving. Sabbat released five studio albums in Japan throughout the early nineties, and went on to release four in Germany including Sabbatrinity in 2011.

Sigh was another black metal act. They formed in 1989 and signed to the Norwegian black metal label Deathlike Silence Records shortly before the death of its founder, Euronymous. Their song “Inked in Blood” was named number 31 on Loudwire’s (an online rock and metal magazine) Top 21st Century Metal Songs.

Like many Japanese heavy metal acts of the 1990s, Maximum the Hormone experimented with blending metal with other genres, creating nu metal. They had their first top 10 hit, “Koi no Mega Lover“, in 2006, and recorded the opening and closing themes for the globally successful anime adaption of the Death Note manga.

By the late 90s and early 2000s, visual kei’s popularity was at its peak, influencing the heavy metal acts of that era. Dir en Grey formed as a visual kei heavy metal band in 1997. They broke into the mainstream music scene with “Jealous” in 1998, earning them fans all around the globe.

These days, Japan’s heavy metal music scene is more diversified than ever, and bands are now eschewing mainstream tastes in favor of cult followings. Sete Star Sept formed in 2004, then known as Nutscore. The band is grindcore (a fast and loud subgenre of metal) and has achieved success within select circles in Japan and abroad. They released their latest album Beast World in 2016.