The Creation of Sonic The Hedgehog 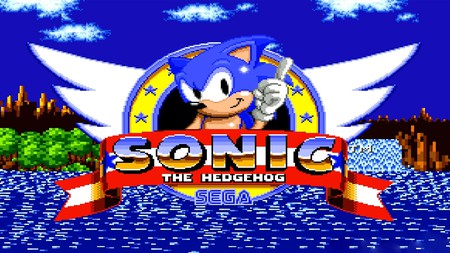 He’s one of the most iconic characters in video game history. He’s instantly recognisable and close to the hearts of millions of gamers. But creating Sonic The Hedgehog was not as simple as you might expect.

Sonic The Hedgehog made his video-gaming debut in the summer of 1991 out of necessity. SEGA needed a big hit to be a contender in the console wars with Nintendo who dominated the market in the early 90s, in large part due to the success of a diminutive plumber called Mario. SEGA had released their 16-bit MegaDrive console but desperately needed a new mascot and a killer app to win the hearts and minds of gamers.

Until this point, young martial artist Alex Kidd, from the game Alex Kidd in Miracle World, served as SEGA’s main mascot, but he was deemed no longer fit for purpose, as they needed something cooler if they had any hope of relegating Mario to obsolescence. The company started crafting a flagship series based around an iconic figure, and SEGA’s research and development team threw themselves into devising what the character would look like.

Early designs for Sonic were a mixed bag. In addition to a hedgehog, prototypical sketches included an armadillo, a dog and even a rabbit that could use its ears to collect objects. Among the most bizarre suggestions was a figure based on former U.S. President Theodore Roosevelt kitted out in pyjamas. This design was later adapted for Sonic’s nemesis, Dr. Robotnik.

The research and development team then embarked on a field trip to New York City to carry out some market research – they set up a series of boards with character sketches in Central Park and asked random passers-by which character they liked best. One proved more popular than any other – the hedgehog. The Theodore-Roosevelt lookalike came second, followed by the dog.

In an interview with the website Gamasutra, Sonic’s original character designer, Naoto Oshima, said he felt the hedgehog design stood out because it “transcends race and gender and things like that.” Plus, it was cute. The team had found the character type, next came refining the design. The idea was that Sonic should be a character as universal as Mickey Mouse and something even small children could draw. Sonic was given huge eyes and spiky blue skin, the latter of which was intended to reflect the colour of the SEGA logo. The spikes also gave Sonic a cooler, edgier look in line with early 90s aestheticism and way hipper than a plumber in red overalls. His charismatic smirk conveyed non-conformity, which SEGA hoped would strike a chord with gaming youth. His red shoes were dual purposed – they conveyed speed and were also a tribute to Michael Jackson, who himself was a big fan of video games, having been depicted in more than one SEGA game.

Creating the title screen was a nuanced process in itself and is among the more curious stories of Sonic’s creation. As Oshima tells it, he devised an elaborate backstory for the character about a fighter pilot who had earned the name “Hedgehog” due to his spiky hair and because he decorated his plane with images of what would become the character of Sonic. In this meta-story, the pilot retired and married a children’s book author, who wrote stories about the Sonic character, the first of which became the plot for the first SonicThe Hedgehog game. This remarkable backstory is reflected in the game’s opening moments, where Sonic appears in the centre of a winged logo with blue stars, itself a replica of a pilot’s wing emblem.

It’s apparent that developers considered every detail when creating Sonic, as even the gameplay mechanics were based on actual hedgehogs. For example, Sonic can’t swim because game designer Yuji Naka mistakenly believed that hedgehogs can’t swim. However, there were a few design elements that fell by the wayside during the final stages of Sonic’s creation. At one stage, he had fangs and even a human girlfriend named Madonna. SEGA of America, however, deemed these elements a little too much for a mass audience, and they were promptly dropped.

Some top-tier talent was assembled to complete the game’s soundtrack, with Masato Nakamura of the prestigious J-Pop band Dreams Come True at the helm. SEGA sponsored his band’s tour and used it as an opportunity to flog the forthcoming game by sticking Sonic’s image on the tour bus, screening footage from the game before concerts and distributing pamphlets to fans. Amid a tidal wave of hype, the game finally hit shelves in the summer of 1991 and was an instant classic. It sold like hotcakes and gave SEGA a leg up in the console wars. The character was so successful the game was followed up with spin-offs, sequels, comic books and even syndicated cartoon television shows in America.

Since his debut, Sonic has appeared in many games across a variety of platforms. After a “wilderness” period, during which a number of Sonic titles suffered from a distinct lack of polish, he made a triumphant comeback last year with Sonic Mania, a love letter to the series and a return to form that earned glowing reviews.