The Biggest J-Pop Controversies of All Time 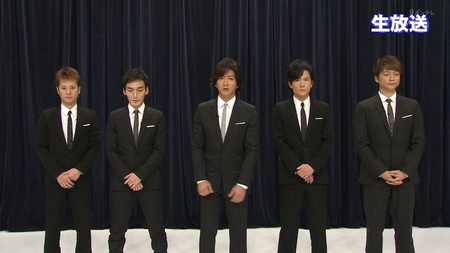 Like any pop industry, the J-Pop world is never short of controversies. While compared to their Western counterparts, J-Pop stars are more tightly controlled and managed with an iron fist, idols are still human and mistakes happen. What’s so fascinating about the J-Pop idol culture, however, is its main selling point, which is encouraging the stars to maintain their image of an almost inhuman unattainable perfection. So just what happens when the perfect façades start to slip?

During the first few months of 2018, the #metoo movement really started making waves in Japan. In a nation where speaking out is generally considered far from the norm, it’s really started to shake up the long-held discriminatory gender ideologies that have thus far gone unchecked.

Culture Trip published a more detailed history of the movement here, but one of the latest causalities in the call out is Tatsuya Yamaguchi, singer and bassist of Tokio, a massive Japanese pop-rock band that have been Japanese music icons since the mid-1990s. The 46-year-old musician and regular TV personality was exposed for forcibly trying to kiss a high school girl. The incident was reported to police but later settled out of court. In the midst of the scandal, Yamaguchi has left the band, while the rest of the members have sworn to continue with any previously agreed-on obligations in the name of being ‘professional’. This incident is still ongoing, yet it is a landmark situation, potentially signifying a new found level of sensitivity in Japan.

Possibly the most famous J-Pop controversy internationally is the story of AKB48 member Minami Minegishi, who made headlines in 2013 following the release of a somewhat distressing Youtube video. In the video, Minegishi shaved her head and made a tearful apology to her fans, because she did the unthinkable, she broke a strict AKB48 rule.

What did she do? She had a secret boyfriend. From a Western perspective, a pop star having a boyfriend is part of the pop star’s narrative (think Taylor Swift), but to be a member of the mega J-Pop band AKB48 means to be accessible to all your fans, of which many are men, which means no boyfriend. Why the head-shaving though? In Japan, head-shaving is a traditional form of showing contrition.

The J-Pop world is a brutal place, especially if you’re one of the industry’s longest serving and hardest working groups. Take SMAP’s 2016 televised apology controversy, for example. Together for over 25 years, SMAP are a long running J-Pop boy band and essentially a Japanese pop culture institution. Over a weekend in mid-January 2016, a rumoured report surfaced that the band was breaking up because of disagreements with their management. The news sent Japanese social media into such a frenzy that Twitter servers throughout the country went down.

The following Monday, the band appeared on their national television variety program SMAP x SMAP dressed in somber funeral attire to make a formal apology to their fans and their management. In their address, the group stated that, yes, they had thought about breaking up, but had since changed their minds, and they needed to make this statement to their fans and issue a very public and rather embarrassing apology to their management. It was such big news in Japan that even the Japanese Prime Minister Shinzo Abe made a comment that it was good the band were staying together, because that’s what the fans would want.

In today’s more enlightened age of socially aware pop music, ignorance and bigotry like racism and homophobia can mean the death of your career, but that’s not so much the case in Japan. In 2015, J-Pop idol group Momoiro Clover Z tweeted a backstage photo of themselves in costumes they were going to supposedly wear for an upcoming TV performance. What’s so shocking was the band’s decision to go in blackface.

Though in Japan blackface isn’t necessarily considered as frowned upon as it is in Western countries, there’s no doubt that it’s a racist stereotype that is unnecessary in today’s entertainment world. Shortly after the photos made waves in Japan and overseas, the group cancelled a number of appearances and performances without explanation.