The Best Things to Do in the Horie District

A view of Horie, Osaka | © hiromitsu morimoto / Flickr
After spending a while in Osaka, it might be hard to believe that interesting fashion exists anywhere when leopard print and orange mullets are pretty standard looks in many of the neighborhoods. To find the interesting street fashion Japan is known for, head down to the Horie district located near Yotsubashi station. In Horie, every tiny alleyway is filled with independent shops and designers as well as some of Osaka’s coolest cafes. Use our guide to find the best eats, drinks, and shops in Horie.

Orange street, or Tachibana in Japanese, is the considered the main destination when going to the Horie area. Once a thriving area in which to buy custom furniture, there are still remnants of this history left with a few locally owned furniture stores as well as larger designer show rooms. Orange Street is the place in Osaka to find trendy Japanese fashions and home goods. There is also no shortage of cafes and restaurants with a new place popping up seemingly every week. There are very few chain stores or restaurants on Orange Street so this is a perfect place to support local Japanese businesses.

Grab a Japanese craft beer to go at Biotop

Biotop has only been open a few years, but it’s already made a big impression on trendy locals. This shop/restaurant was designed with millenials in mind. The shop only sells a handful of beautifully curated clothing and natural body care items from international high-end brands like John Masters Organic. There is a pizza café on the first floor. There is even a corner store that sells pizza by the slice, local craft beer by Minoh Breweries, and french fries with your choice of toppings. Want one of their beautiful plants? Sure, they’re for sale at Biotop nurseries. At night, go up to the 4F Cuberiata for some delicious pizza (including vegetarian options) at their rooftop restaurant. Rooftop restaurants aren’t really a thing yet in Japan, so take advantage of this magical space in Osaka’s coolest neighborhood.

Get a delicious breakfast at Osaka’s best bakery

Westwood Bakers was a much needed addition to the Osaka restaurant scene. This place tries to imitate an American style bakery, and they do a pretty good job. They sell amazing baked goods like maple bacon cheese scones and crusty country bread loaves along with cookies and muffins. They’re one of the only places that actually open early enough for breakfast, so come here for their bacon and egg pancakes when the brunch craving hits. This place is popular so be prepared to wait and if you want something from their bakery, best come early because they sell out fast. 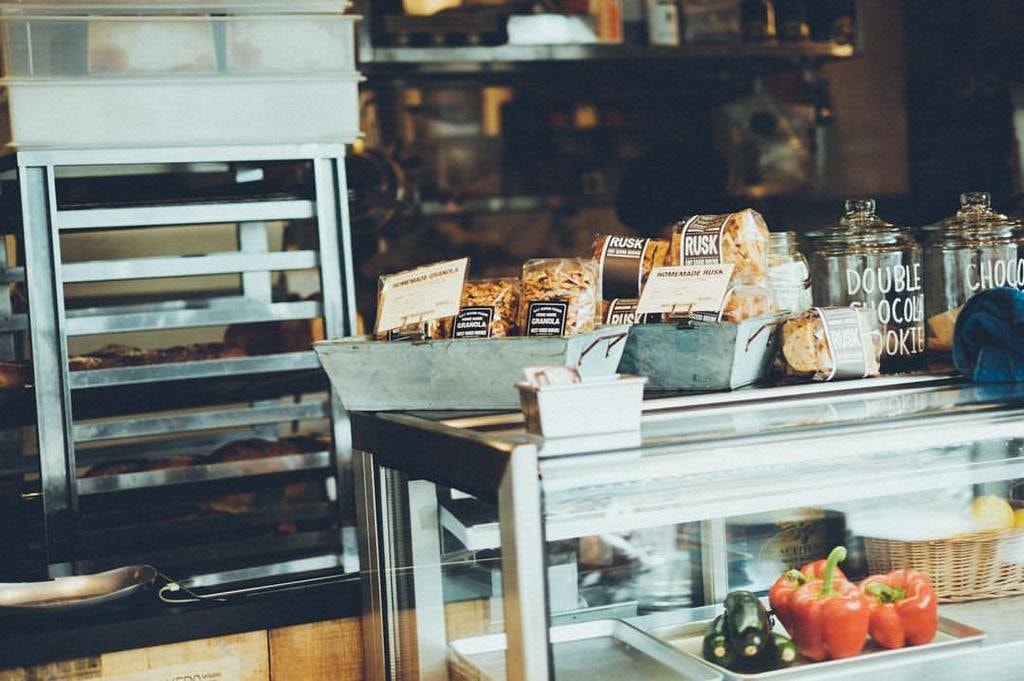 Grab a brew at one of Osaka's first craft beer bars

Bar, Restaurant, Japanese, Tapas, $$$
Kamikaze has 23 rotating taps of draft craft beers | © Kamikaze Craft Beer Works
Japan was a bit slow compared to the rest of the world when it came to craft beer due to an archaic old law, but it quickly hopped on board. Craft Beer Works Kamikazewas one of the first bars to bring craft beer to Osaka. This cozy place has 23 beers on top, mostly Japanese brewed beers, including the highly praised Minoh beer. Their stock rotates every day so be sure to come back often for a taste of Japan’s newest brews.
More Info
Open In Google Maps
1-22-21, Kitahorie, Nishi-ku Osaka, 550-0014, Japan
+810665397550
View menu
Visit website
Visit Facebook page
Send an Email
Give us feedback

Experience the best of Japanese design at D&Department

D&Department is one of the most refreshing Japanese companies out there right now. They seemingly dabble in a little of everything, including vintage furniture, Japanese made home goods, cafes, and travel books. The company’s focus is on classic design that can endure the test of time with an appreciation of Japanese design and culture. There is a focus on only surrounding oneself with what’s good and thoughtful. D&Department Osaka sells vintage Japanese furniture and clothing that has been dyed and refashioned into new garments called their ‘rewear series’. They sell beautiful Japanese made kitchen goods like wooden bowls and enamelware. On the third floor is one of the most stylish cafes in Osaka. For travel buffs, don’t pass up buying their travel guides. These thoughtfully researched guides show the best a prefecture has to offer in design, shops, and restaurant. The guidebooks also offer translated English versions alongside the original Japanese in each book. 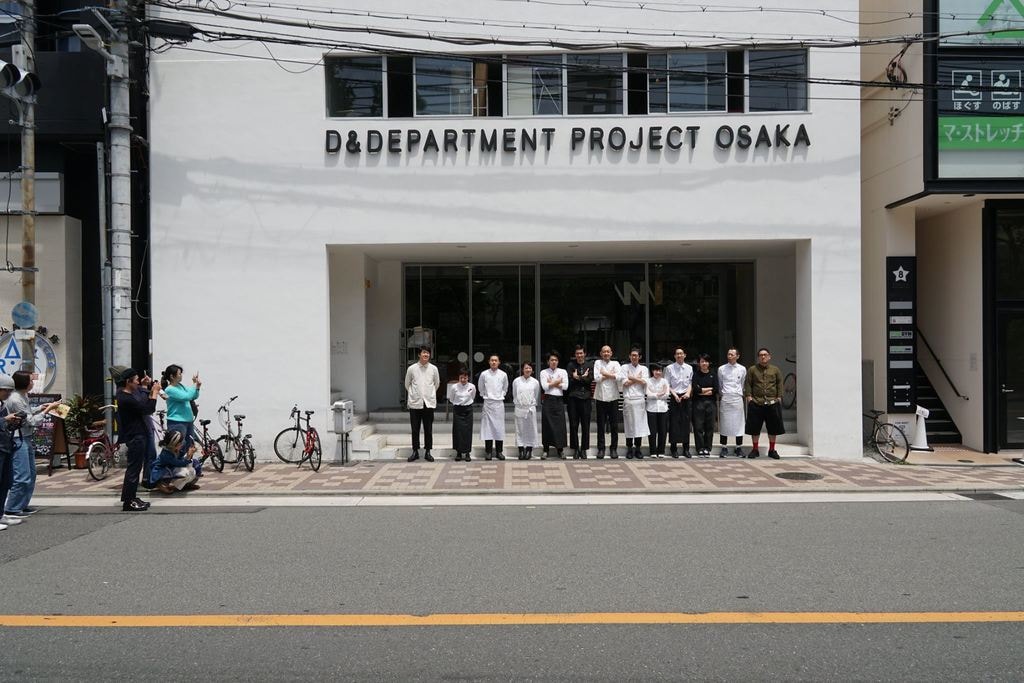 Concert Hall
The striking Namba Hatch building is a popular meeting place for locals | The striking Namba Hatch building is a popular meeting place for locals
One of the best activities in Horie is simply people watching. As one of the main areas that fashion magazines scout for street fashion, there aren’t many places that are more interesting in Osaka from a fashion perspective. This emphasis on fashion is on full-on display at the Dotonburi river area in front of Namba Hatch. Young fashion students from the local fashion and art school come here every Friday evening to practice walking the catwalk for their school projects. This is a perfect place to grab a convenience store beer (or a bottled Minoh beer from Biotop) and sit on the stairs to watch these students strut their stuff. This part of the river is beautiful at night and the perfect place to unwind after a day in Osaka.
More Info
Open In Google Maps
1 3, 1-chōme, Minatomachi, Naniwa-ku Osaka, Osaka, 556-0017, Japan
+81643970572
View menu
Visit website
Visit Facebook page
Send an Email
Give us feedback
Give us feedback