The Best Things To Do in Nagoya 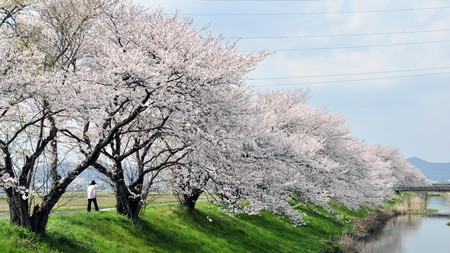 Nagoya offers the perfect opportunity for a build-your-own Japan adventure: delicious food, gorgeous gardens and a hip atmosphere without the stress, crowds and jaw-dropping receipts.

Nagoya, Japan’s industrial heartland and the fourth-largest city in Japan, has long been one of the country’s most desirable places to live – and for good reason. It’s clean, accessible and lively, plus, compared to Tokyo, everything comes at bargain prices.

Located on the coast halfway between Tokyo and Kyoto, and surrounded by the stunning natural beauty of Gifu, Shizuoka and Mie prefectures, Nagoya makes for the perfect trip.

The city has a culinary world of its own, immediate access to the unparalleled slopes and hikes of the Japanese Alps and many of the same unique cultural experiences you could get anywhere else in Japan. If you’re travelling between Tokyo and Kyoto, a two-day pit stop in Nagoya will give you a chance to save some money and delve into the following fantastic things to do. 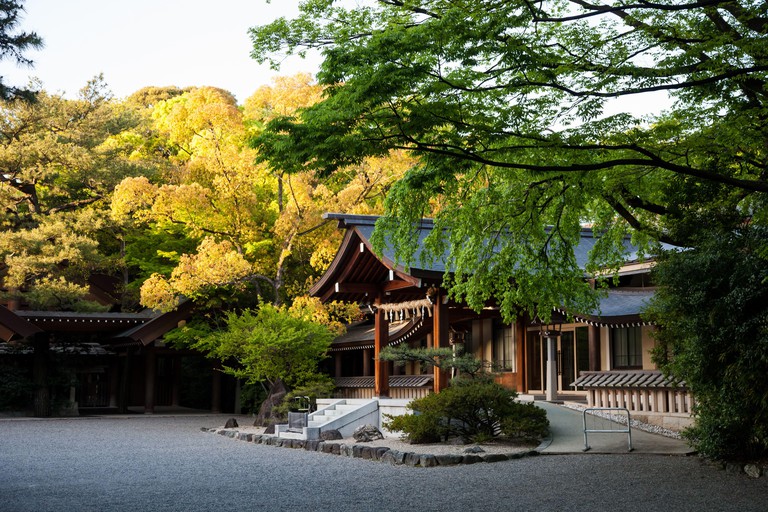 Atsuta Jingu is Nagoya’s holiest shrine. The alcove of peace and quiet is home to ancient treasures, austere Shinto architecture and a 1,000-year-old camphor tree. The large shrine complex was built as a residence of Amaterasu, the Japanese sun goddess, and the Five Great Gods of Atsuta, which are known as the parents of the indigenous people of the Nagoya area. While tiny shrines are spread throughout every town and city in Japan, Atsuta Jingu is a close-up look at a site entirely devoted to Shinto. The architectural forms here are almost as old as Japan itself: low-lying rustic wood and gold huts enshrine deities behind layers upon layers of fences, gates and walls in a vast, winding complex. You can visit the treasure hall to see ancient mirrors, weapons, masks, tapestries and more on display. To get to the Atsuta Shrine, take the Meijo or Meitetsu-Nagoya subway lines to Jingu Mae station, which is directly in front of the shrine complex.

Geek out in Osu 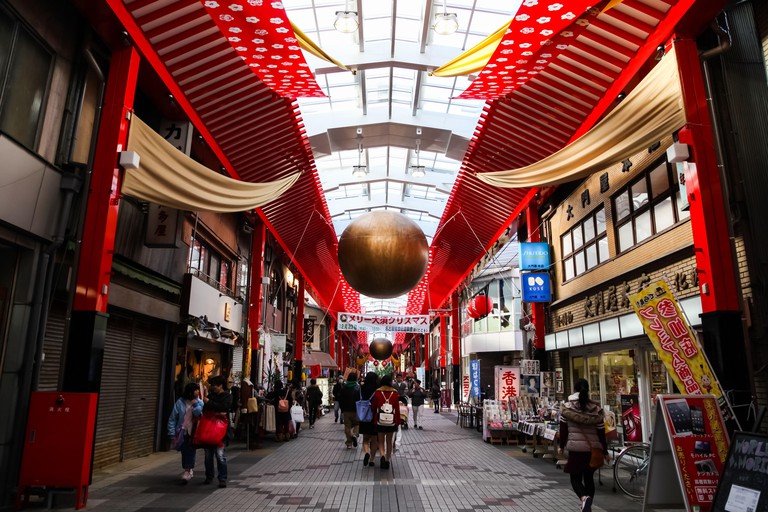 Osu Kannon is Nagoya’s answer to Akihabara. The half-indoor-half-outdoor shopping area is about the size of a small neighbourhood and in fact, offers even more variety than Tokyo’s famous ‘nerd town’. You can find literally anything in Osu, from comics to denim and kimonos. The rule of the neighbourhood is to pursue your passion, no matter how quirky. The shops you’ll find here specialise in everything from bargain electronics, old video games and rare action figures to vintage clothing, used books and stylish kimonos. The food is cheap, delicious and varied. You can tuck into pizza, Mexican and Taiwanese food, as well as the usual choices of izakaya, ramen, karaage and bubble tea. 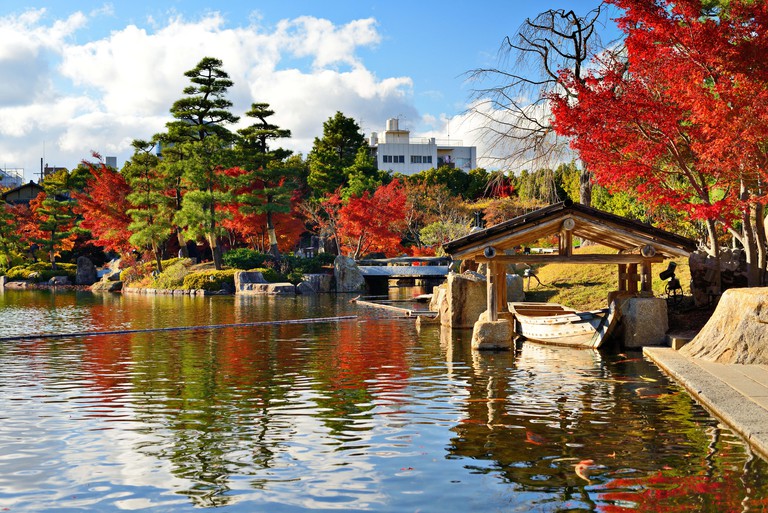 Established in 1695 as a retirement villa for Mitsumoto, Lord of the Owari Tokugawa, Tokugawa Garden is a beautiful strolling garden designed in the Edo-period style. A large pond at the centre is surrounded by a variety of walking paths through gorgeous foliage and flowers, woods and rock gardens. Tokugawa Garden is also a great place to experience the seasons – head here in March for pink plum blossoms, April for red peony, May for purple iris and November for scarlet maple. Add on a visit to the Tokugawa Art Museum – located within the garden – to extend your time in the peaceful surroundings. The museum displays hundreds of artworks and priceless treasures from the Edo shogunate, spanning a range of mediums including calligraphy, textiles, ceramic, lacquerware and metalwork. Take the Meijo line or the JR Chuo line to Ozone station, and then walk 15 minutes south to get here.

Hit the foreigner-friendly bars and clubs in Sakae 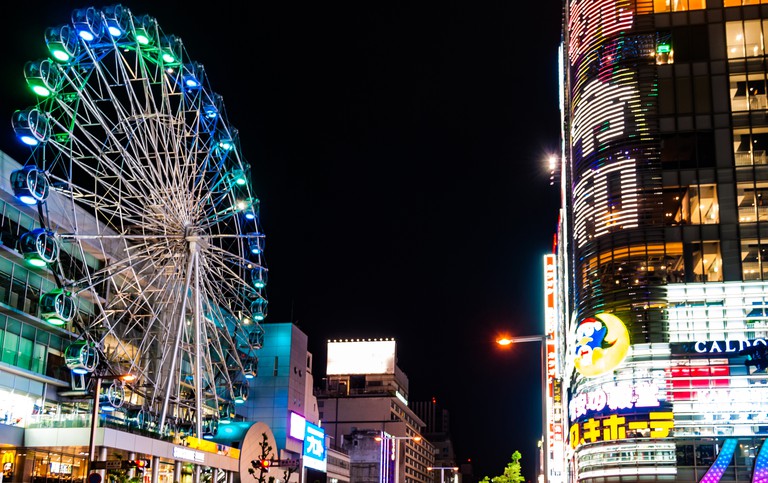 While you won’t find many travellers or non-Japanese in Nagoya, that doesn’t mean you can’t have a good time. The neighbourhood of Sakae has an epic variety of restaurants, bars and clubs for a fantastic night out. Spend an evening wandering the alleyways on the west side of Sakae station. ID Café is a special recommendation. If you go before 9pm, you get free drinks for the price of your admission. There are six dance floors, each playing a different style of music (with a bonus floor open on Saturdays). The staff are friendly and the atmosphere is welcoming.

Step into the shoes of a local with the sentou-gyudon one-two punch!

Ready to have the most luxurious experience ¥1,500 (£11) can buy? Cheaper than Kyoto and Tokyo, Nagoya offers the most cost-effective opportunity to indulge. First stop: a sentou (public bathhouse). Try Tennen Onsen (near Kamimaezu station) for just ¥850 (£6.40), and enjoy several sauna rooms and rock saunas, plus a wide variety of steaming hot baths of different temperatures and mineral content. With massages and food available in the same venue, you can easily spend four hours here. But to stick with the theme of keeping things cheap, head to the nearest Yoshinoya afterwards for a hearty bowl of gyudon (beef and rice) and beer for just ¥650 (£4.90).

Spend an afternoon shopping at Oasis 21 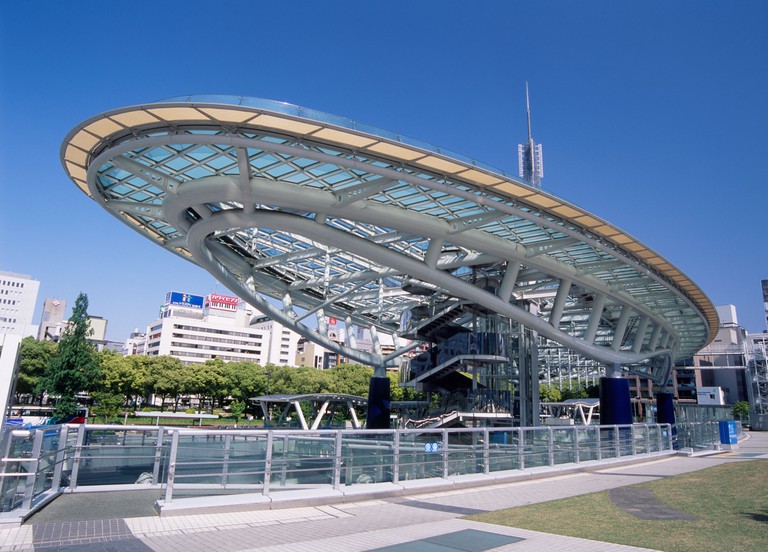 Another way to step into the shoes of a local is by spending a relaxing afternoon shopping and picnicking at Nagoya’s slick, modern park, Oasis 21. On the bottom floor, there is an ice-skating rink surrounded by several dozen shops and restaurants, including a Studio Ghibli store for those of you who forgot to book your tickets to the Studio Ghibli Museum in Tokyo. Make your way around the upper floors by traversing the beautiful light-up glass walkways that make you feel like you’re walking through air. Located in the heart of Sakae, Oasis 21 is right next to some of Nagoya’s best department stores. If you haven’t been to a Japanese department store before, it’s absolutely worth it. Stroll into Mitsukoshi or Matsuzakaya for 10 floors of pristine, pleasant Japanese shopping. Don’t forget to go to the bottom floor for speciality foods and amazing pastries. Resembling a giant spaceship, Oasis 21 is hard to miss. Just head to Sakae station on the Higashiyama/Seto line or to Hisayaodori station on the Meijo/Sakura-dori line and you’ll be in the centre of the action.

Get a breath of fresh air at the Higashiyama Zoo 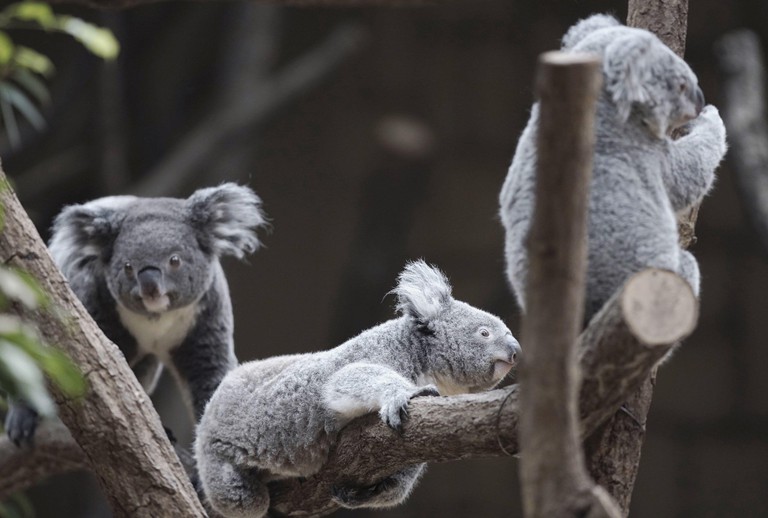 The Higashiyama Zoo and Botanical Gardens offers a big breath of fresh air. Just a 30-minute subway ride out from the city centre, this giant zoo has over 100 species, extensive flower-packed gardens and a miniature amusement park with a rollercoaster and a Ferris wheel. You can rent paddle boats and go out on the lake, or just spend the afternoon strolling before settling down for a coffee at the lakeside café. Get to the Higashiyama Zoo by taking the Higashiyama line from downtown Nagoya to Hoshigaoka – the zoo is just a five-minute walk down from the south exit. Hoshigaoka is also a fashionable area that offers excellent dining for lunch or dinner before or after your day out.

Take a day trip to Inuyama 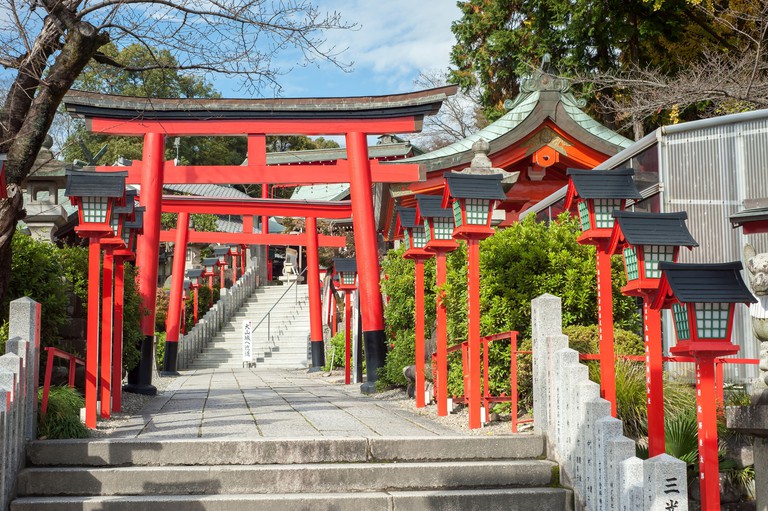 It’d be a mistake to not take advantage of Nagoya’s proximity to the beautiful countryside. To the north of Nagoya is Gifu prefecture, the southernmost reaches of the picturesque Japanese Alps. Gifu is known for its rich agricultural tradition, ranging from legendary Hida beef to apples and sake. Alternatively, take a step into the foothills by riding the local train just 45 minutes north of the city to Inuyama. The city, located in Aichi prefecture, is home to a Sengoku-period castle, the Monkey Park amusement park and excellent views of the rolling mountains to the north. You could spend an entire afternoon just wandering through the preserved Edo-period alleyways and feasting on street food alone. Take the Meitetsu Limited Express from Meitetsu Nagoya station five stops to Inuyamayuen station, and you’ll be a 15-minute walk from Inuyama Castle. The photogenic shops and abundant eateries lie directly south of the castle on a street called Inuyama Shitamachi.