The Best Things to Do in Asahikawa in Summer 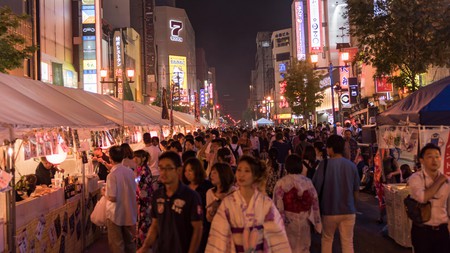 It may be best known for its cold temperatures, but the city of Asahikawa on Japan’s Hokkaido island is great to visit in summer. While it gets pleasantly warm – the average high in summer is about 26C – it avoids the oppressive humidity that clings to most of Japan in the summer months. Asahikawa also makes a great base for exploring some beautiful landscapes. From lively festivals to idyllic cycle routes, here are just a few ways to make the most of summer in Asahikawa.

Relax in the city’s parks

Enjoy sunbathing or strolling on a balmy Hokkaido summer afternoon in Tokiwa Park, where you’ll also find a couple of museums and an attractive shrine. You can watch ducks paddling on the pond, sit in the shade of trees, or enjoy a picnic from the nearby shops and cafés of downtown.

Further south, over the Chubetsu River, Kaguraoka Park packs in everything from woods and shrines to a baseball field and small botanical garden. It’s also by a branch of Hokkaido’s best-known confectioners, Rokkatei; pick up some of their famous Marusei Butter Sandwiches, or the light, macaron-like Ofutaride.

To the southwest of the city, the Kamuicho area is hemmed in by the Biei and Ishikari rivers. Here you’ll find Kamuinomori (‘forest of the gods’) Park, which is great for kids. There’s a large indoor play area, the Waku Waku Egg, plus outdoor equipment including a huge, eye-catching owl. Everything is designed to be in harmony with the surrounding nature, with the play equipment carved out of wood.

Tanabata, celebrated throughout Japan, is marked in Asahikawa with the colourful Ginza and Rekka Tanabata festivals. Obon is celebrated with the Nagayama Tonden Matsuri, in which delicate paper lanterns are floated downriver, mochi (rice cakes) are thrown into the crowd, and huge handmade floats are pulled through the streets. 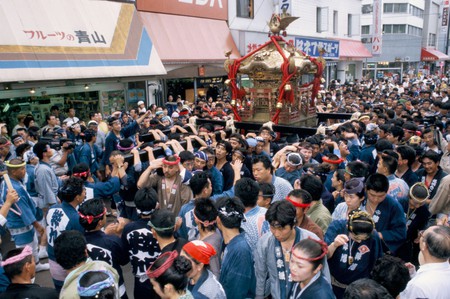 The city is home to a number of events, including the Summer Festival | © robertharding / Alamy Stock Photo

In Daisetsuzan National Park, the Sounkyo Onsen Fire Festival is held in late July or early August. With roots in Ainu religious practices, it’s aimed at securing the favour of the mountain and fire gods and features drumming performances, Ainu dance and music, and torchlit processions.

The summer season closes with the Kotan Matsuri, held on the autumn equinox in Kamuikotan (‘village of the gods’), 20km down the Ishikari River from Asahikawa. A celebration of living Ainu culture, it features music and dance, traditional Ainu food and drink, and family-friendly activities.

Asahikawa has quite a lot of public art on display, mostly bronze sculptures dotted along pedestrianised streets like Heiwa-dori and Hikari no Ehon-dori. It’s also home to several small exhibition spaces, such as Hirama (which also runs Gallery Jin), Cajicacco, and Puru Puru.

There are some larger museums and galleries too, the most notable being Hokkaido Asahikawa Museum of Art in Tokiwa Park. As well as exhibits on art and cultural products from northern Hokkaido, the museum holds changing exhibitions on Japanese and overseas artists.

Also worth visiting is the Asahikawa Museum of Sculpture, housed in a beautiful turn-of-the-century Western-style building, which is dedicated to influential sculptor Nakahara Teijiro. There is also a small selection of Nakahara’s works at the Station Gallery, in JR Asahikawa Station.

The first stop on the 200km-long Hokkaido Garden Path, Ueno Farm is actually a very picturesque English-style garden just northeast of the city. As well as plenty of winding paths, colourful flower beds and well-stocked herb banks, there’s the enticing Naya Café. Stop in for an ice cream made from Hokkaido dairy, or perhaps a drink or dessert based on the juiciest seasonal fruit.

Learn about the Ainu

Hokkaido was for centuries inhabited almost exclusively by the Ainu people, before Japan annexed the island in the nineteenth century. The Ainu were forcibly assimilated, their language, religion and culture suppressed, and only in 2019 were they officially recognised as an indigenous people. 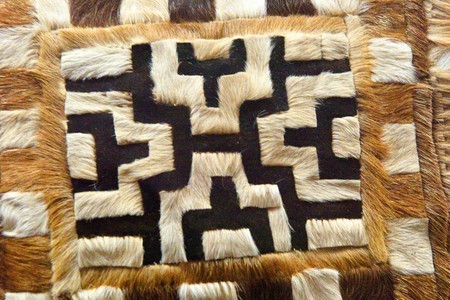 Asahikawa City Museum has a good permanent exhibition on traditional Ainu culture, largely from a historical perspective. You can also see signage about Ainu myths and cultural practices in the beautiful Kamuikotan area, where the Kotan Festival is held.

Better still is the Kawamura Kaneto Aynu Memorial Hall, run by an Ainu family based in the area for at least ten generations. Alongside insightful displays – a traditional Ainu house, clothing, and religious tools, much of it with English signage – the museum engages with what it means to be Ainu today. The current owner is an accomplished musician and dancer, at the forefront of efforts to keep Ainu identity and culture alive. She also holds workshops on how to make and play the mukkuri (mouth harp), prepare traditional Ainu food, and plenty more.

The Biei and Furano areas, south of Asahikawa, are well known for their summertime flower fields. Furano is famous for its lavender, which dyes the hillsides purple each July, while in Biei, Shikisai no Oka bursts into multicoloured bloom from April to October – sunflowers, tulips, lupins, lavender and much more. Cycling past these scented fields, along the Patchwork and Panorama roads, is an idyllic way to spend a warm summer afternoon. 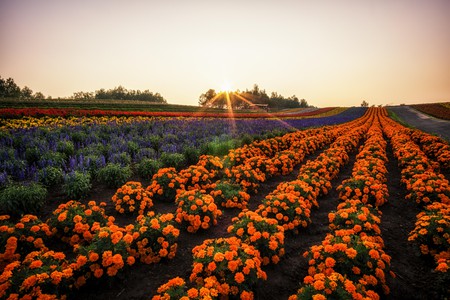 There are also two shorter cycle routes from Asahikawa. One follows an old railway line from Asahi Bridge downstream along the Ishikari River for 20km, finishing at scenic Kamuikotan. The other heads upstream along the Chubetsu River for 15km, from near the Twin Harp Bridge to Higashikagura.

The wild Daisetsuzan National Park is a mountainous expanse east of Asahikawa, known in the Ainu language as Kamuimintara, the ‘playground of the gods’. As the largest national park in Japan, it’s packed with outdoor activities, from canoeing down the Ishikari – Hokkaido’s longest river – to wildlife spotting (everything from brown bears to sika deer and adorable pika), mountain biking and hiking.

Daisetsuzan means ‘Great Snowy Mountains’, and you’ll find patches of snow in between the steaming hot springs and meadows of alpine flowers even in summer. At the dramatic gorges of Tenninkyo and Sounkyo, there are stark basalt columns, caused by volcanic activity you can still see at active peaks like Tokachidake, Higashi-Taisetsu-Maruyama and Asahidake.

Sitting in the northwest of the national park, Asahidake is Hokkaido’s tallest mountain at 2,291m. There’s a bus from Asahikawa to Asahidake Ropeway, which whisks you up to just an hour or two’s hike from the summit. Climbing season runs from June to early October; among the best times to attempt the ascent are late July, with its blush of alpine flowers, and early September, when the mountain sees some of the earliest autumnal foliage in Japan. 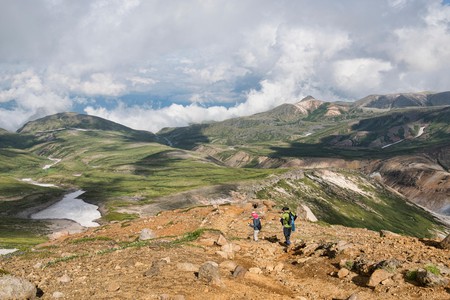 After taking in the summit’s glorious views – which make it easy to see why the park is known as the ‘roof of Hokkaido’ – you could continue on to a one- to two-day hike from Asahidake to Kurodake, and then head down to Sounkyo Onsen.

If you can’t choose which beautiful area to visit, you could always try to see all of them – you can hike north to south across the whole park in about a week, staying in mountain huts. There are buses to Sounkyo Onsen from Asahikawa, from where you take the ropeway and chairlift up Kurodake to reach the start of the beautiful, challenging trail.